There are claims of alien abductions made all over the world – some more believable than others. Here, we'll take a look at just a random selection of four such alien abductions claims, all of which were people who said they snatched from the green, green grass of Old Blighty…. 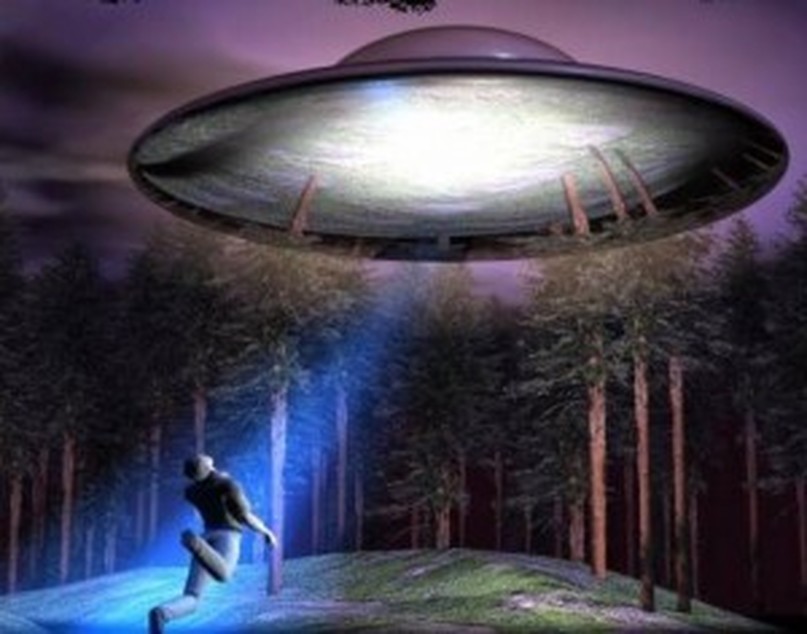 In July 1987, when Jason Andrews was celebrating his fourth birthday at the family cottage in Slade Green, Kent, a sudden thunderstorm swept over the area. As lightning lit up the sky spectacularly, Jason began to mutter to himself a series of numbers. This alarmed his family – even more so when it turned out the numbers were complex mathematical equations that someone of his age would not be aware of in the slightest.

The family’s alarm was ratcheted up a notch when the windows of the house suddenly began to shake before Jason turned to them calmly and said:

“They are waiting for me! I have to go!”

As Jason went to leave the house, his father, Paul, stepped towards his son, and after a struggle with him pulled him away from the front door and subsequently from the trance that had taken hold of him with the arrival of the storm. As he did the so, the shaking and commotion outside the house stopped as abruptly as it had started.

The incident was largely forgotten by the family until 1995, when Jason suddenly confided in them that “strange beings” had been coming into his room since that day, and abducting him. He stated that a light would appear and he would find himself unable to move or speak. A tall figure would be there directing several smaller creatures who would take him to a round room where he would be placed on an operating table.

​True or not, the incidents turned into the book Abducted: The True Story of Alien Abduction which was written by Jason’s mother and Jean Ritchie. In it they theorized that Jason has remote viewing capabilities that had originally drawn the aliens to him. They have however been the subject of much criticism, not least because of the apparent lack to even consider a “rational” explanation and of manipulating events to fit their purposes.

​The video below goes a little more in depth into Jason Andrews experience.

Around 10pm on the evening of 17th August 1992, Garry Wood was driving his car along the A70 towards Lanarkshire with his friend, Colin Wright, when they noticed a black object with no lights in the sky above them. Out of nowhere a brilliant bright wall of light fell from the sky in front of the car. Both men were transfixed before they blacked out.

​When they came to, their now stationary vehicle was facing the other way, and a quick look at his watch by Wood revealed an hour had passed.

​The pair agreed to be hypnotically regressed and recalled in precise detail of feeling intense pain “like an electric shock” as three “creatures” approached their car, before the pair were taken aboard the black object – which was a spacecraft – and stripped of their clothing and examined by strange creatures. 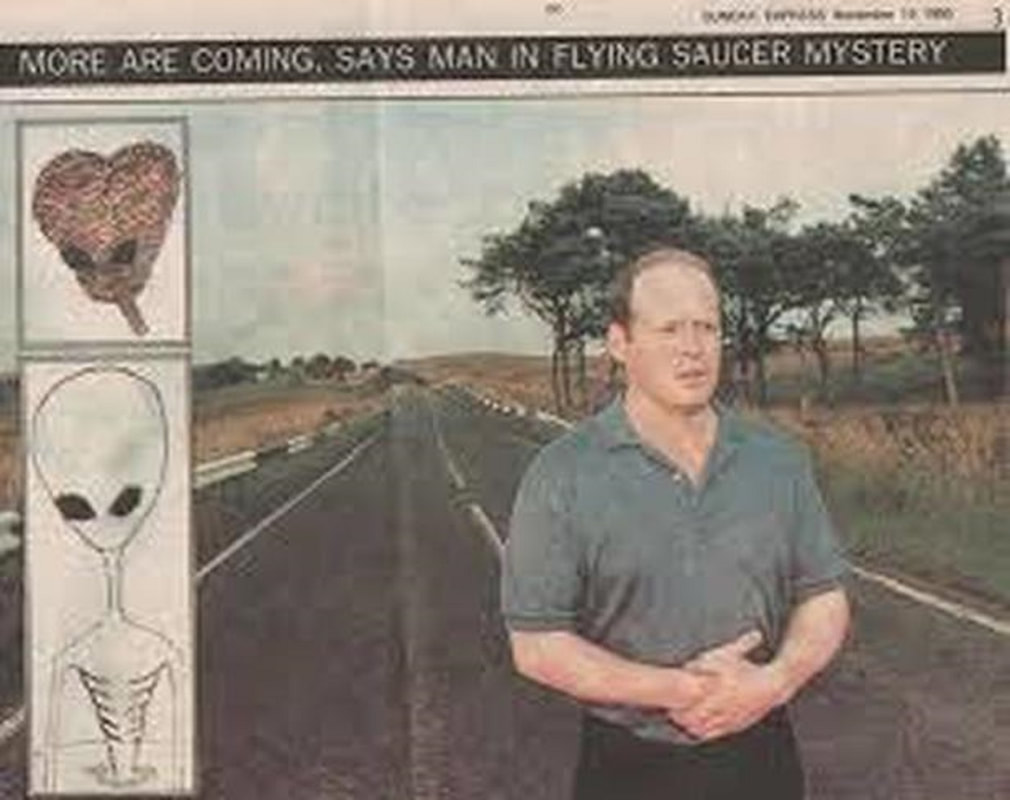 Newspaper clipping of The A70 Incident
While these examinations were going on, Wood stated that red-hot poker-like objects were inserted into his eyes, and he could also hear the cries of other human beings around him in the room.

Wood claimed, another taller figure was also present during the examinations. This figure was around six feet tall, with a large head, dark eyes and only four fingers on each hand. Perhaps most startling is Wood stated this tall figure said to him, “Sanctuary – we are here already and we are coming here!”

​Maybe the point worth noting most about this particular incident, is that four years later a two page report titled “Unexplained Aerial Sighting” based on the events had found it’s way all the way to the Department of Defense for possible further investigation.

After having eaten at a Little Chef on the A65, Rachel Deverow, her two sons, Benjy (11) and Alex (13) and her mother, Anne, were driving home towards their farmhouse in High Bentham. It was shortly after 5pm on 16th January 2005, when the entire family noticed a bright light in the sky that was hovering above their car. It suddenly zoomed towards them, before disappearing out of sight.

The following day, the family realized they had lost time on their drive home. They drove the route again – a journey that had taken them almost an hour the previous day, this time took only ten minutes. Looking for other people that may have seen the lights the previous evening, they made a report to BBC Radio Lancashire later that evening.  As a result many other people from the area phoned the radio station to say they too had witnessed strange bright lights the previous evening over the skies of High Bentham and the Forest of Bowland.

Alex Deverow stated that he had had a recurring dream in the months following the experience, as though he was “like being in this bubble and being taken over these various landmarks.”

Rachel appeared on the Sky One TV show The Real 4400s where she underwent hypnotic regression to try to recall the missing time that evening. Under hypnosis she stated:

“There are no walls! It’s just like standing in the middle of space. There’s a big bright light, right in front of me. That’s watching what the little ones are doing. They are going around and looking at us, and talking to each other!"

The Deverow family state they have witnessed dozens of similar bright lights in the sky over their property since the alleged abduction that evening on the A65.

Check out the video below of the families experience from the aforementioned The Real 4400s show.

In 1950 Hilary Porter was 5 years old and like many young children she loved to play outside, especially in the long grass fields behind her family home, as she was this sunny morning. This morning however she would be taken for the first time. Out of the long grass Hilary suddenly noticed a reptilian looking creature in front of her, grabbing at her and dragging her towards an impression in the ground. Once inside doors slid shut above them and they descended deep into the ground.

This was just the first of many abductions Hilary, who went on to work for the Ministry of Defense for a time in the 1970s, would suffer over her lifetime, sometimes “waking” from the experiences with scars and bruising, and always with a migraine headache.

​She even has a metal implant in her ear, something she discovered when her husband ran his metal detector near where Hilary could feel the implant, as it sounded it’s alarm to announce the find.
By the early 1990s, Hilary was struggling to cope with the abductions and the isolation such events bring to people who experience them, and actively began to search for other people who had similar experiences to her. She met her future partner, Ken Parsons, who runs British Earth and Aerial Mysteries Society (BEAMS) and on occasion speaks at seminars and conferences on the subject.

Although Hilary, states the abductions and strange phenomena around their home in Farnborough still happen to this very day, they are much less frequent than they were.  Concerning the events she stated to the press:

“I didn’t choose this life. I didn’t ask for any of this, but it has been happening for as long as I can remember!”

Check out the video below where Hilary Porter speaks in depth about her experiences.

The Mega Hex Of Saturn, Mercury’s Spider And Triton, The “Unnatural” Moon Of Neptune –  Space Anomalies?
The more that is discovered in space, the more questions are raised. Here are just three  space anomalies.