The Moon –What Is On The Dark Side And Is It “Too Perfect” To Be “Real?”

Most of us are fascinated with the moon on various levels. While some of us appreciate how beautiful it looks on those nights where it shines like a perfectly circular light bulb in the clear night sky, there will be no doubt others who really do howl and get up to all manner of things in its presence, but I think we would all agree that it is pretty mind-blowing.

To some though, it is a little more mind-blowing than it is to others. 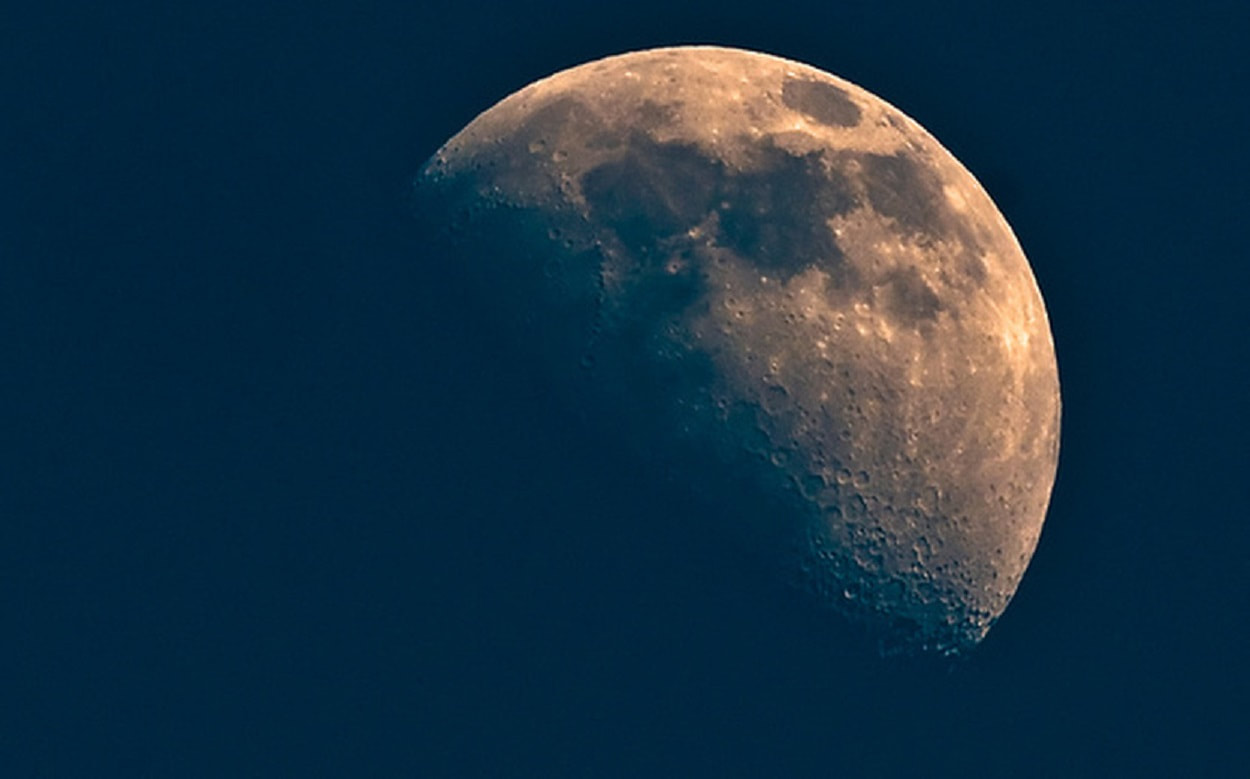 What is on the dark side of the moon?
The fact is, we do not know how the moon came into being or indeed how it came into the Earth’s orbit. In fact, to say that humans have walked on the moon itself (and for the purposes of this article we will assume that the moon landings did indeed take place) we know very little in general about the moon.

A popular theory of how the moon came into being was that when the Earth was formed, the moon was formed from the same material. This material was basically left over and eventually morphed into a smaller body that settled in the Earth’s orbit. However, more recent studies suggest that Earth itself is simply too large for this theory to be correct and that the moon would have basically been “sucked into” the earth during its formation.

So then, the moon must have been “made” or created elsewhere and then became “locked” in Earth’s orbit. However, the main problem with this theory is that that moon itself is too large to become trapped in an orbit around Earth. If it had have been a “wondering” planet then it would have most likely simply crashed into Earth.

Issac Asimov, the American author and professor of biochemistry stated, “The Moon is too big to have been captured by the Earth. The chances of such a capture, after which the moon adopted a nearly circular orbit around the Earth are too small to make such an eventuality credible.”

You can read a little more about Asimov here. 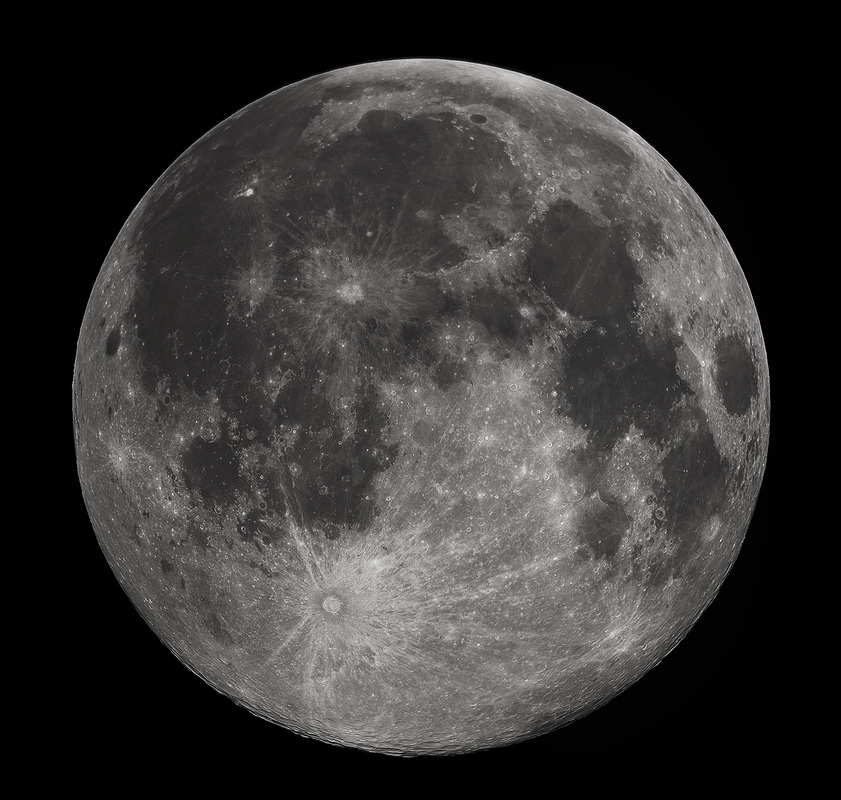 The moon - was it made in another part of the galaxy and "brought" here?

Science writer William Roy Shelton also wrote “It is important to remember that something had to put the moon in or near its current circular pattern around the Earth. It is very unlikely that any object just stumbles on the right combination of factors needed to help an object stay in orbit. ‘Something' had to put the moon on its altitude, on its course and speed. The question is, what was that 'something?'”

In the words of the aforementioned Issac Asimov, “only the Earth among all the planets is blessed in this way.”

Others have looked at the large craters on the moon and theorized that they should be deeper than they are, suggesting to some that they are “artificial” and that the moon may even be hollow.

In 1962, based on the studies of moon rocks, NASA scientist Dr. Gordon MacDonald stated, “If the astronomical data are reduced, it is found that the data require that the interior of the moon be less dense than the outer parts. Indeed, it would seem that the moon is more like a hollow than a homogeneous sphere.”

An event that supports this theory happened on 20th November 1969, when upon taking off from the moon, the Apollo 12 spaceship sent their ascent stage crashing back into the moon. It landed about 40 miles away from their landing site where there was specialist seismic equipment left recording.

It is claimed that this equipment recorded the “the moon reverberating like a bell for more than hour.” This suggested that the moon was, not only hollow, but artificial.

​The short video clip below looks at the Hollow Moon Theory in a little more detail.
Some very much believe that the moon was created purposely and to a very specific size and then “placed” into orbit around the Earth, basically to assist and sustain life.

In July 1970 two Russian scientists, Mijail Vasin and Alexander Shcherbakov, published an article in Sputnik magazine entitled “Is The Moon, A Creation Of Extraterrestrial Intelligence?” In it, they theorized that the moon was “not completely natural” and that it had been created and “placed here” long ago by beings who were far more intelligent than humans. You can read about their theory in more detail here.

Crazy? Well, it has to at the very least be as accepted as any other theory, right? As we have already mentioned there is no real evidence to support even the “mainstream” theories.

The moon itself also doesn’t move or spin, it simply remains motionless and moves in a perfect orbit around the Earth meaning that one side is always facing away from us, the dark side of the moon. It's not just a cheesy sci-fi flick (which you can read about here), there really is a dark side of the moon. Many question why we haven’t explored this part of the moon. Some actually claim that we have but it has simply not been made public. More about that later.

Our moon incidentally is the only moon known to researchers that does this. Coincidence? 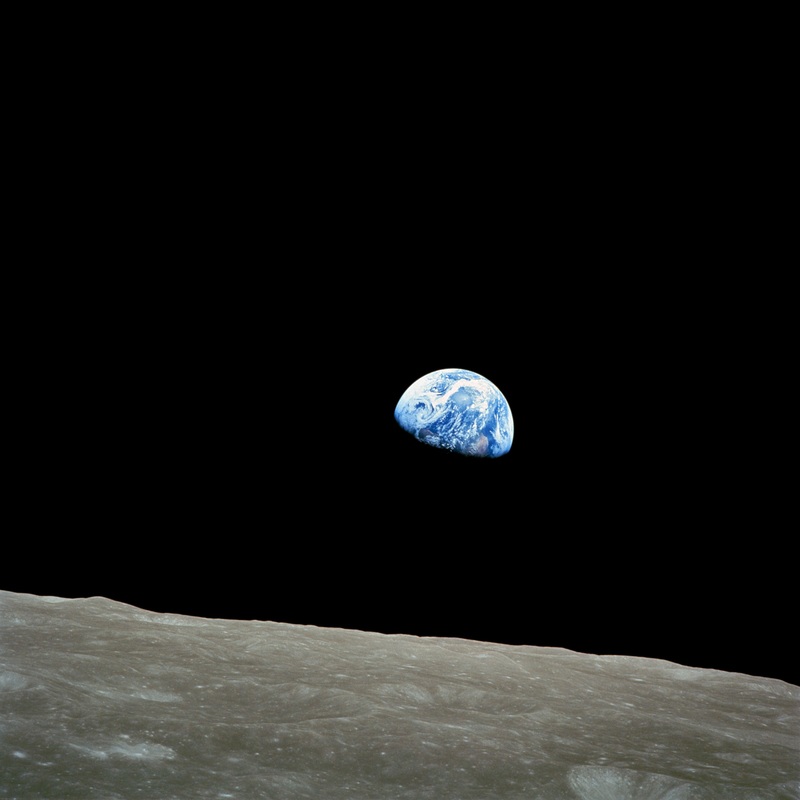 Earth as seen from the surface of the moon. 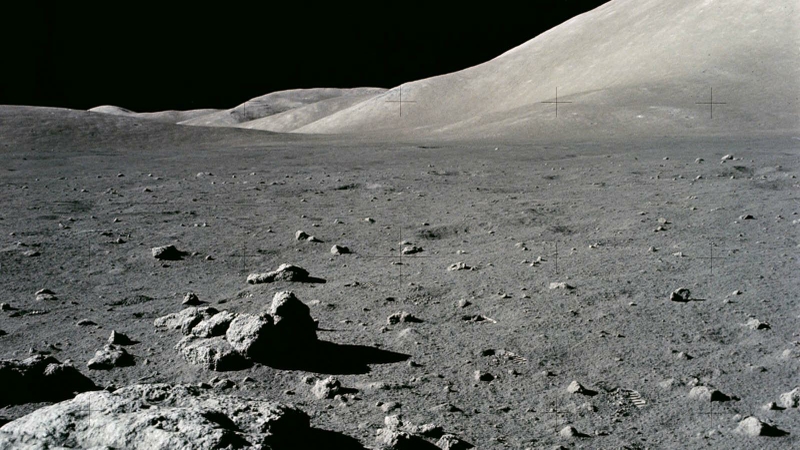 The surface of the moon.
From the Ancient Astronaut perspective, this would make a certain amount of sense.

If aliens or space travellers or whatever you wish to call them did indeed “discover” Earth and the massive potential for life or further life here, assuming that the moon didn’t exist at this point, would it not make sense that something that would “stabilise” the oceans and seas and so stabilise the Earth, in general, would be put in place, or indeed orbit.

We have to assume that if aliens had indeed reached our solar system at whatever stage in the past, then they would have great intelligence. Would this explain the almost precise measurements and orbital paths and such that the moon has?

Some though go much further and insist that the moon was not only placed here to stabilize the planet. Some claim that it is completely artificial and is essentially a base. A real-life “death star” in our skies. And so, back to the dark side of the moon. What is there exactly, and have we in fact already been? Do we (or should that be, they) know more than the general public do?

There have been many claims over the years that alien bases exist on the dark side of the moon. Some say these are active today, with variations on claims ranging from there being human beings “stationed” on the moon, to the bases being long destroyed and basically the remnants of a war fought long ago, with even remains of reptilian humanoid armies killed in battle still being present. 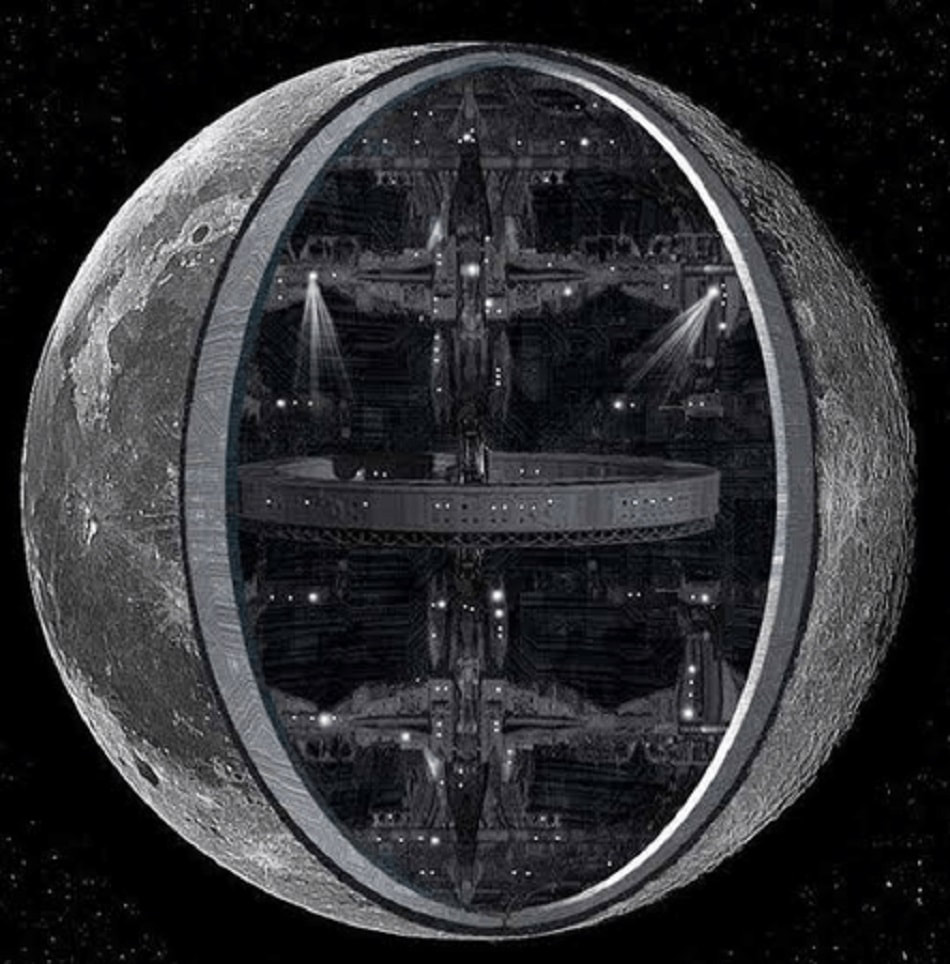 Is the moon really a hollow space-station?

The Claims In "Letters From Andromeda"

In the book “Letters From Andromeda” Alex Collier claimed that he had actually had telepathic communications with extraterrestrial beings who he said were from a constellation called “Zenetae.”

He further claimed that the moon was transported here millions of years ago and was a transport ship that brought, “reptilians, human-reptilian hybrids and the first humans to set foot on Earth.”

Collier went on to state, “The Moon is hollow. It contains huge underground facilities built by E.T.’s and later humans from Earth. There are seven openings into the Moon’s crust and the underground bases. Conservative scientists have wondered why so many craters seem so shallow, despite their size. The Andromedans say it’s because much of the surface was built on top of a metallic shell of a circular space crest; or “A War Carrier”, as the Andromedans describe it.”

He also claimed, like others, that there are old destroyed war bases on the dark side of the moon and indeed in the moon itself. A war he said that dated back 113,000 years.

He elaborated that there are both aliens and humans on the moon "right now" in underground bases that house “great lakes” and that there are over 30,000 people “living” on the moon, with plans to move hundreds of thousands of people there in the future. Weapons and anti-gravity technologies are apparently tested there and there are over fifty “Earth-built space craft” housed on the moon, the result of both alien and international governments' co-operation.

As “wild” as Collier’s claims are, and most dismiss him without question, they are interesting at the very least, and should you wish to read a little more of what he has to say, you can do so here. Collier, despite all the ridicule has remained adamant that his claims are very real.

“When the Apollo astronauts landed on the moon, the World Order had been there for some time,” Collier claimed. “This knowledge and technology was withheld from the lower levels of NASA and our military. NASA has been used as a blind to keep people from truly knowing what was going on there. The astronauts were silenced under threats and remain so today.”

It is worth noting that many astronauts do speak of having seen bases on the moon, and of having seen UFOs while being on missions. The short video clip below looks at the Ancient Alien perspective of the Moon.
Until this region of the moon, the dark side, is explored and the findings made fully available to the public, then the theories are going to run wild and rampant, rightly or wrongly.

While the idea that the moon contained reptilian armies is a little far-fetched, the idea that intelligent life long ago in the distant past did “place” the moon precisely where it is, at the precise size it is, is not beyond belief. After all, as the video below says, all modern scientists agree, we owe everything to the moon.

The video below is well worth checking out by the way. Regardless of which theory you subscribe to, it is very thought-provoking stuff. Maybe the next time you look at the moon, you might see it in a different light. Each of the videos below that feature more in-depth look at some of the theories regarding the Moon. The final video features researcher and author, David Icke, speaking in-depth on the subject. 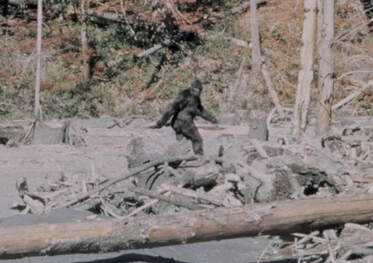 ​
​ Bigfoot –The Missing Link? The Real Indigenous Earthling? An Alien  “Worker”? Just What Is It?
We have all heard the name- but what exactly is Bigfoot? And where might the origins lay in this mysterious creature...?