Why Modern Life Leaves Us Open To Outbreaks Of Disease

As the coronavirus outbreak has reinforced for many of us, the potential for a new strain or mutation of virus to cause an outbreak of deadly disease among the world’s population is only a step away – even in our technological modern world. In fact, in many ways, it is the lifestyle of the modern world that leaves us increasingly at risk to such outbreaks. 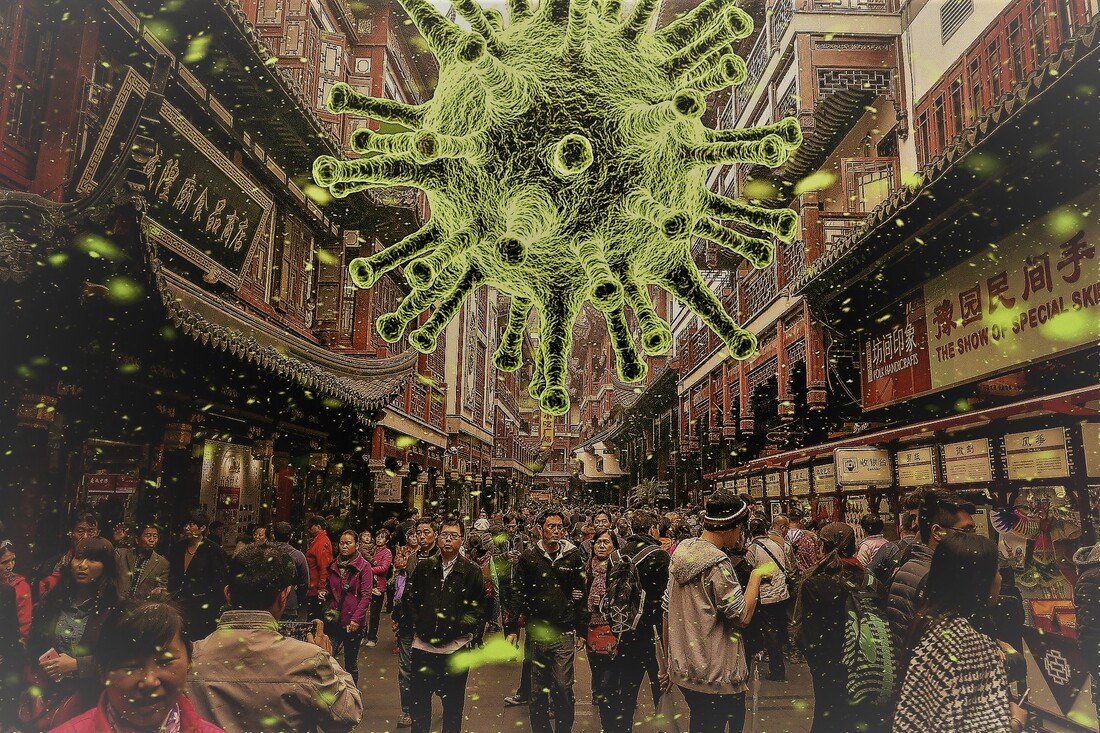 Without a doubt one of the main aspects of the modern world that leaves us open to new mutations and the rapid spread of viruses is increased immigration and increased travel. A good example of this would be the SARS outbreak of 2003.

As experts analyzed the outbreak it was noted that in the past viruses had taken several weeks, if not months to spread. Now, however, it had managed to travel across the world in less than a day. And what’s more, hundreds of people were infected during this rapid outbreak.

As well as increased immigration – which has been taking place for centuries – more people are traveling around the world for a variety of reasons. Many people take at least one foreign holiday a year. And, depending on your tax bracket, that number could increase to up to half a dozen trips to various countries.

​Much the same could be said for many businesses. Many people, for example, make regular plane journeys for business. Sometimes back and forth within a day. You can more about this here.

Deforestation To Satisfy The Demands Of The Modern World

The modern world requires changes that carry with it, at times, dire consequences. Perhaps a good example would be the outbreak of yellow fever. This disease, carried by mosquitos, would kill thousands of people between the 17th and early 19th centuries. These deaths were mainly in the Americas and Europe.

The main reason for the outbreak was increased demand from Europe and the American continents for sugar. This led to mass deforestation projects in the Caribbean. This, in turn, would result in birds and monkeys native to the region losing their habitats. Without a home, these animals migrated to other areas. However, the mosquitos, which would have fed from these native animals, didn’t leave. They instead turned their attention to the slaves and landowners now planting sugar cane where the forests once stood. And when they did, they would infect their unsuspecting victims with what eventually become known as yellow fever.

​Many slaves and landowners would soon become ill. And as the produce was shipped to different destinations around the world, so was yellow fever. 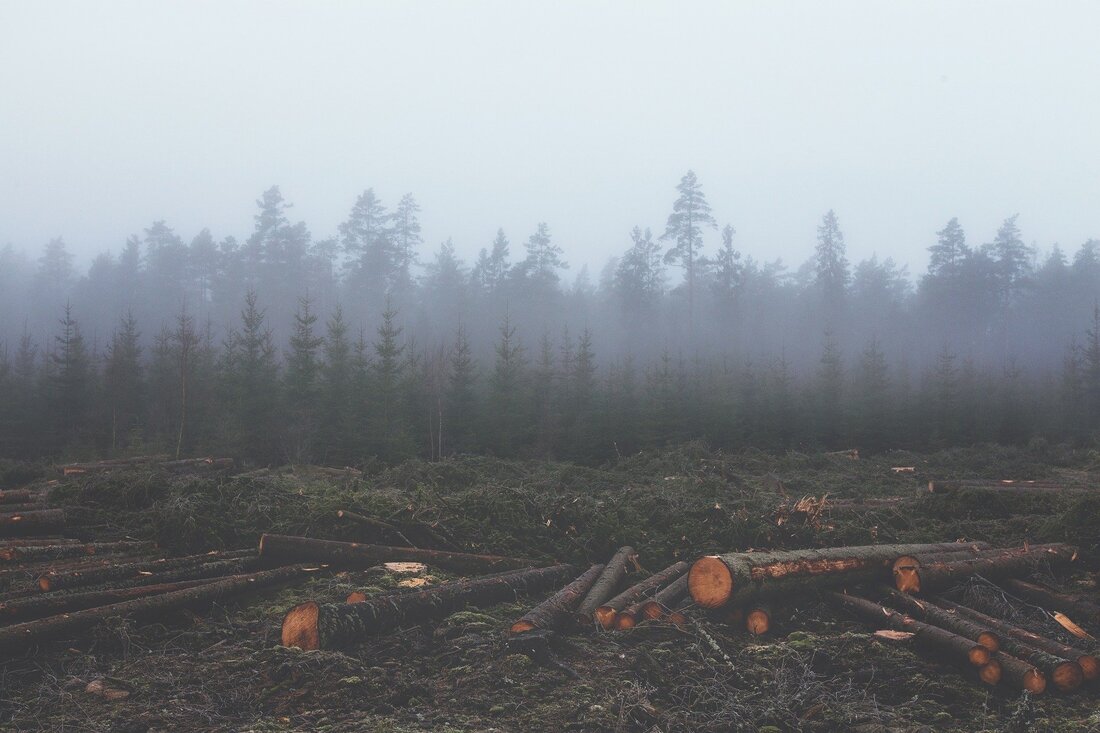 Even after slavery was abolished in the West and most other places around the world, labor camps were still in operation. Particularly in many African colonies of the West. It is thought that these labor camps, with squalid conditions and little food, provided the conditions for one of the biggest pandemics of the 20th century – HIV.

Researcher Jim Moore would make the claims that the outbreak of HIV in the 1980s could likely be tracked back to such labor camps of the early 1900s. Many of the laborers would eat bush meat (essentially monkeys) in order to supplement their slim food supply. It is thought that it is highly likely (although not proven) that the SIV virus in such monkeys of the region mutated to enter human cells. This, essentially, became known as HIV. You can read more about Moore's claims here.

​Due to the lapse conditions of the camp, these infections were likely spread among laborers through shoddy vaccination programs. Not least as the syringes were used multiple times and without proper cleansing. This was worsened by the fact that laborers were allowed – and often did – make use of prostitutes of the area. This allowed the HIV strain to leave the labor camps and enter the wider populace. Incidentally, official records of these western colony labor camps have long since been destroyed.

​Overreactions In The Past

​When the 2009 swine flu outbreak occurred there were many in America who were critical of an apparent slow response by the United States. However, it is very likely that their thinking was colored by a previous potential outbreak in 1976 at the military base, Fort Dix in New Jersey. There were several cases of a new influenza bug at the base. And when one soldier collapsed and died there were immediate fears of a Spanish Flu-type outbreak.

The decision was ultimately made to roll out a rapidly put together immunization program. Before the end of 1976, 45 million members of the American population had received the vaccine.

​However, the outbreak didn’t come. For reasons that remain unknown, the virus never traveled outside of the military base region. And what’s more, mass infection or deaths did not occur. Many began to wonder if the government and the medical experts had overreacted. And when several hundred people who had received the shot began to experience symptoms of Guillain-Barré (a nerve disease that can cause paralysis) these decisions were called even more into question.

Focus In The Wrong Place

​If we stay with the 2009 swine flu outbreak for a moment we might highlight how the constant monitoring of viruses and mutations possibly worked against us. Essentially, there was an intense focus on the H5 N1 strain (commonly known as bird flu) that the mutation of the new H1 N1 strain (swine flu) almost slipped under the radar.

With our above point in mind, it is perhaps easier to understand the pressure such organizations are under the make the correct calls and predictions. And while the responsibility is completely theirs to make such calls, that the focus might switch to the lesser threat is equally understandable. Especially when we consider the H1 N1 outbreak-that-wasn’t in early 1976.

​Another aspect of the modern world that not only leaves us more exposed to new viruses but also makes the tracking of them even harder, is our next point. The fact that more than any other time in history, products are being shipped back and forth around the planet. 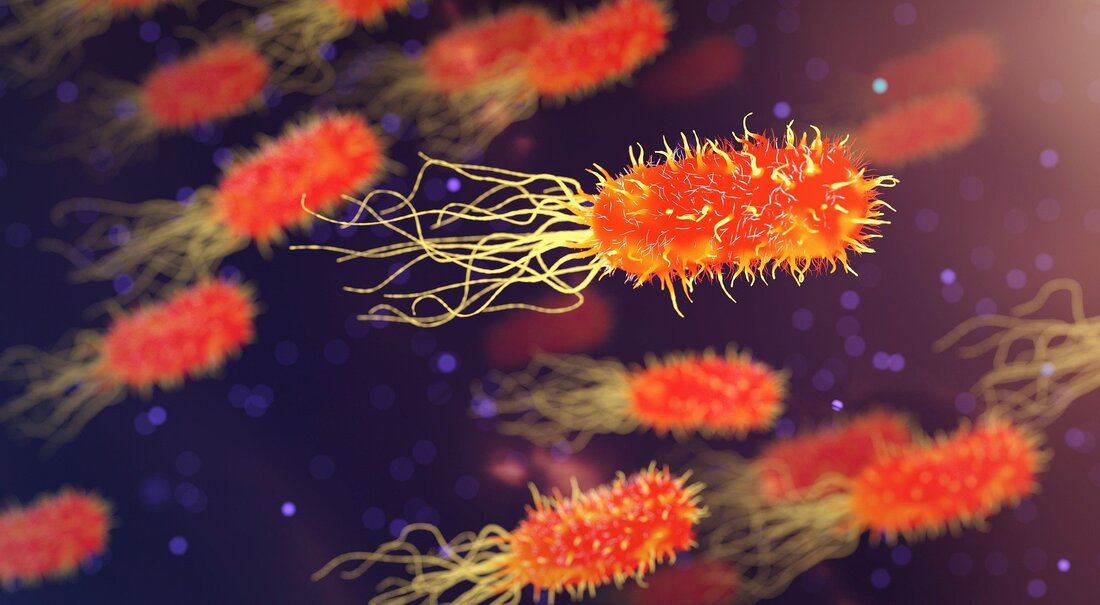 ​As we highlighted in the above point looking at yellow fever the mass shipping of products from one corner of the Earth to the other is an issue to confront. While providing us with an abundance of choice to enrich our daily lives, it also allows such viruses to hitch a ride also.

​Indeed produce, like people, is traversing the globe every single day. Because of this, the potential for a new mutation that might have otherwise remained isolated and quite possibly have died out, instead can end up in several different locations within hours. This is perhaps particularly so in the transportation of animals. Especially live animals and the conditions they are sometimes kept in. We will return to the relationship between humans and the animal world a little later in our list.

​Lack Of Transparency From Governments

​One of the things that would surface in the SARS outbreak was a concern from journalists and the World Health Organization that the Chinese government had attempted to “keep a lid” on the outbreak in the initial stages. This, it is argued, cost scientists around the world valuable time in attempting to confront the virus. Instead, by the time the world was aware there was a problem, the virus had long since left China and made its way to all four corners of the planet.

​It is perhaps interesting that one of the reasons given for this was a political mindset unique to China. What’s more, it was predicted that unless such a mindset changed, there was a danger that such actions may be repeated in the face of a similar outbreak in the future. It is interesting, then, that similar accusations have been leveled at the Chinese administration in the wake of the recent coronavirus outbreak. Whether those accusations prove to have substance to them or not, remains to be seen. You can read more about this here. 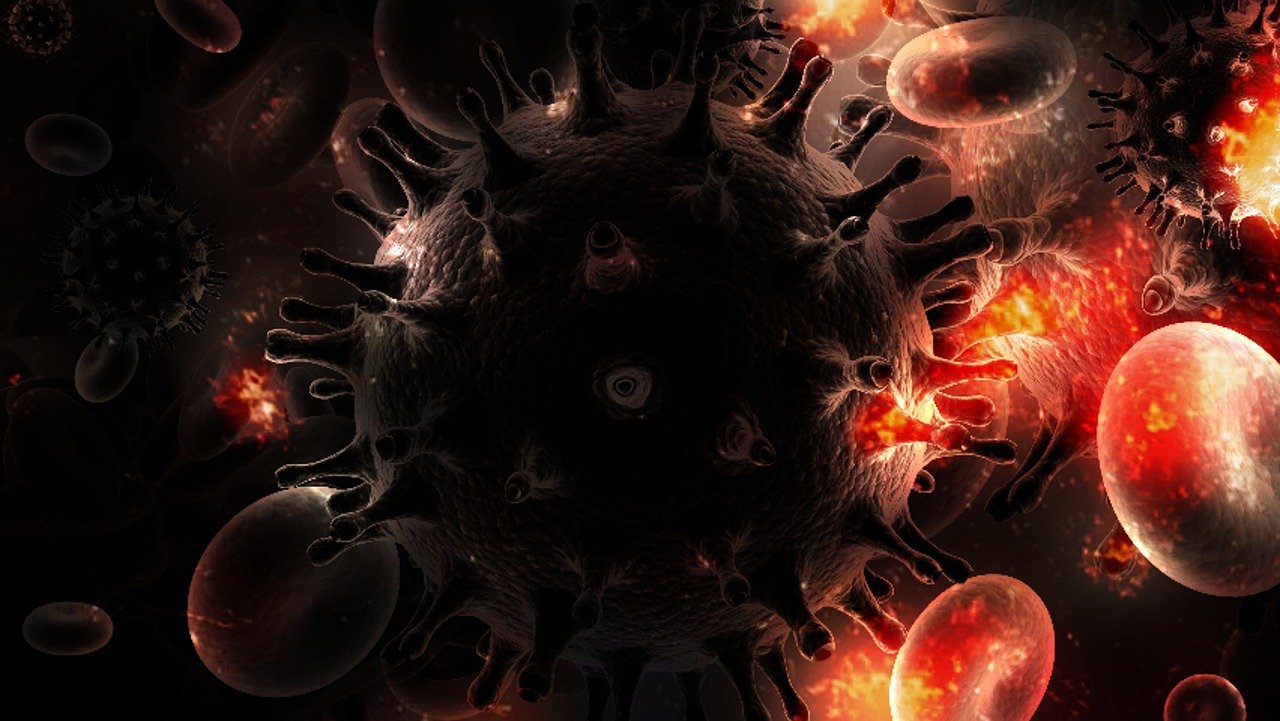 ​In the early days of the coronavirus outbreak there were many animal rights groups and organization featured in the news. They would claim eating meat and a lack of respect for animals, in general, was squarely to blame for the recent outbreak.

Indeed, there were some who would accuse such groups of opportunism, and it is easy to understand that. However, while there might be an issue with overstating certain aspects of the meat and farming industries, it is hard to get away from the notion that many of the flu mutations of recent years were caused by viruses in animals making the “jump”  from the animal world to humans.

​Let’s turn our attention to the swine flu outbreak of 2009 once more. It was revealed that a similar strain of the virus had been present in many pig farms for decades. And what’s more, although isolated and through direct contact with the animals, several infections have occurred. However, it was only when the mutation allowed human-to-human infection from such strains that the issue came to light with regard the wider public.
In reality, the real danger for diseases with regard to animals is poor sanitation and health practices. If we are to avoid further outbreaks in the future, such standards in connection with meat consumption will have to remain extremely high and tightly regulated.

In much the same way, it has been suggested that changes in climate has resulted in the increase of mutations. And many believe humans themselves caused such changes.

Part of the reason for this, it is thought, is that as climates in northern regions warm, even slightly, it encourages the migration of certain animals. Perhaps particularly mosquitos. As this happens, mutations of the diseases and viruses they bring can occur.

While such changes appear marginal to date, the concern among some is that if such climate changes continue to take place, so will these mutations. And of course, the danger is that one such mutation will take hold in the human population.

​Many dismiss the notion of climate change and what might cause it. The fact is, though, it will likely play an important part of an outbreak in the not too distant future. Especially if we take our eye off the ball. You can read more about this here.

Perhaps one of the main reasons for the potential, even in our modern era, for a virus or disease to take hold of the world’s population is a general complacency. This was perhaps seen most recently in the United Kingdom and the United States during the coronavirus outbreak. Despite lockdown rules, many people chose to ignore such rules and gather in public places.

What’s more, there will likely be no records of the people who have chosen to ignore lockdown rules. Therefore, it will be hard to see if such public gatherings did, and will, contribute to increased infections. As well as increased deaths.

​Perhaps this is due to not taking such outbreaks seriously enough in the belief that modern medicine will provide an instant fix. Or even due to misguided beliefs in some conspiracy circles in relation to the “evils” of vaccines. This complacency, however, leaves more people open to disease. And does nothing to stop the spread of such viruses. In short, in this respect, we are our own worst enemies.
[Marcus Lowth January 2021] 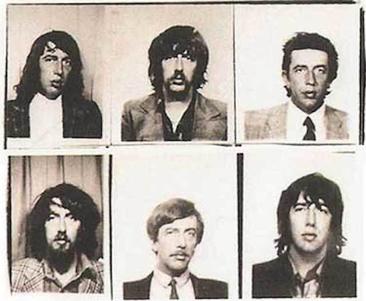 ​Intriguing Facts About The Multi-Layered Life Of, “Mr. Nice”, Howard Marks!
Although he was front page news from time to time in the 1980s, drug-smuggler turned cult celebrity, Howard Marks, enjoyed more “mainstream” success following the release of his colourful life story in the book, “Mr. Nice”, which spawned many speaking tours and an eventual movie of the same name....