There are some that claim even buildings take in the energy, negative or positive, of what occurs within its walls and grounds. Waverley Hills Sanatorium would certainly have had its share of negative energy.

Built in 1910 in Jefferson County, Kentucky, Waverley Hills Sanatorium was, in part, a response to the TB pandemic that had swept through much of the United States since the start of the century. It was positioned on a high hill in the town, and its design and how it operated was geared towards preventing the spread of the disease into the larger community. Once a nurse or doctor began working at the hospital, they rarely, if ever, were transferred or allowed to work elsewhere.

Waverley Hills was instantly swamped with sick patients and had to be expanded almost immediately upon completion. A children’s ward and building were also added – not only to treat sick children who had been stricken with TB but for those whose parents were being treated and had no-one else to take care of them. 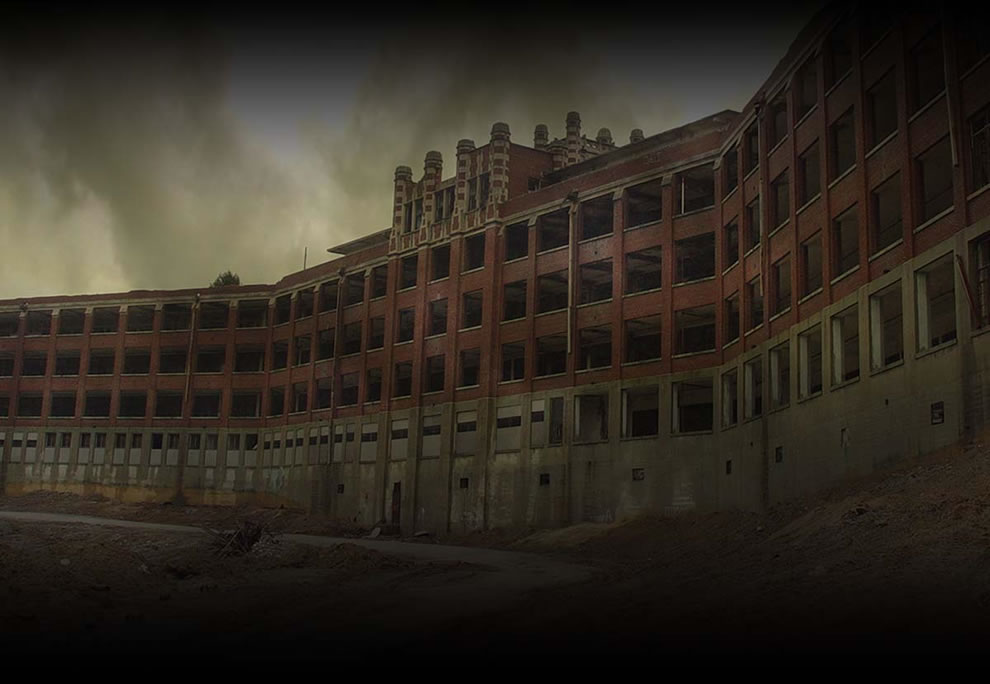 Waverley Hills Sanatorium - one of the most haunted places in the world?
The mortality rate from TB at the time was exceptionally high, with most that were diagnosed with the disease succumbing to it shortly thereafter. It was thought that along with rest and a nutritious diet, fresh air was key to beating the disease – so much so that patients were often left out on patios or even on the rooftops, regardless of the weather, so that they could receive as much fresh air as possible.

In more advanced cases of the disease, more drastic measures were taken – including inserting a balloon into the patient’s lungs and expanding it in an effort to encourage the lungs to function as they should. As an absolute last resort, a patient would have ribs and muscle tissue surgically removed in an effort to ease pressure on the lungs – a procedure that few survived.

Those that did eventually die in the hospital grounds made their final journey out of the building in the “Death Tunnel”. This was a 500-foot chute in the facility itself.  It was used to lower bodies from the hospital so staff could take them to the bottom of the hill for collection. This was used partially for convenience, but mostly in order to protect the other patients from seeing a procession of dead bodies leaving the building on a daily basis.

To say the building itself witnessed much suffering and misery would be a huge understatement. Although there are disagreements on exactly how many people died at the hospital, they range from the conservative estimate of 10,000 to the more speculative 60,000.

​By the time TB itself was almost eradicated in the early sixties, the building was closed and then reopened as Woodhaven Geriatric Centre, which, in 1982, was closed down in controversial circumstances as it was discovered patients had been neglected and mistreated there. And as a result, perhaps added more negative and agonizing energy to the already misery-soaked building. 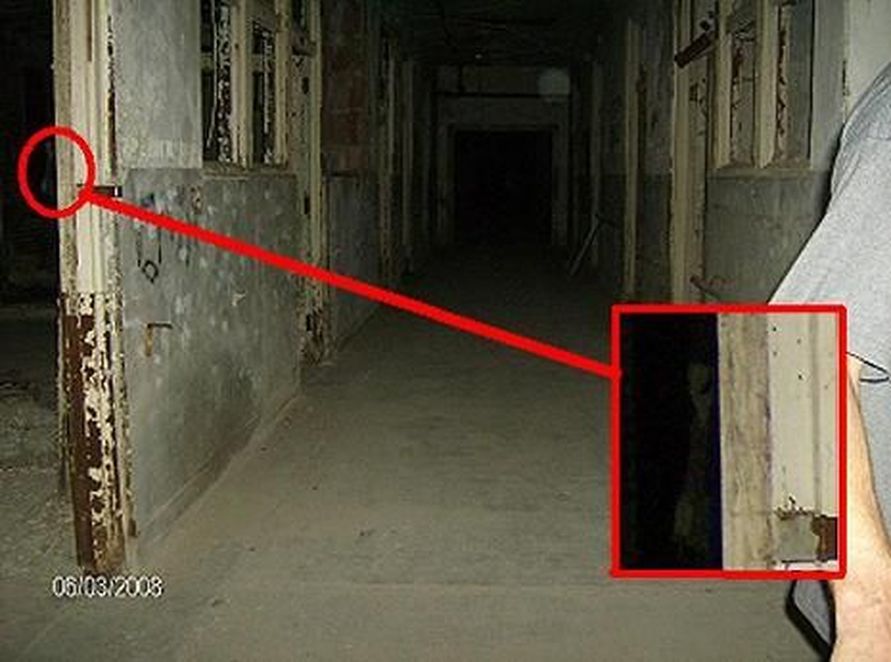 Does this image show the young boy known as Timmy?

A Hive Of Paranormal Activity

Now vacant and abandoned, the old hospital became a sanctuary to the homeless community, as well as a place for teenagers to meet and drink a beer or two, or for thrill-seekers to venture deep into the complex looking for adventure and possibly a scare.

Stories soon began to circulate around the community of children’s voices being heard, particularly from the rooftop, as well as loud bangs and footsteps in the building. Some would report lights in rooms where there was no power supply. The stories, as you might expect, were dismissed by most initially. When residents of the town who hadn’t even ventured into the unused hospital began seeing strange apparitions while simply driving or walking past the building, however, the stories were taken a little more seriously.

Many people reported seeing a woman, whose arms and legs were chained, running out of the entrance to Waverley Hills in what looked like an effort to escape the fortress. Some would even state that they heard her scream before vanishing into thin air. ​Others reported seeing a little girl staring out of the windows on the third floor of the building. Some of those who have ventured inside have also reported seeing a little girl on the third floor. Further stories tell of the girl – known as Mary to those who have an interest in the case – playing with a ball uninterested in what is going on around her, while others have stated that they have seen her eerily staring and watching them. One particular visitor claimed that Mary had rushed towards her and that she had “no eyes – just black gaping sockets” where they should have been. This might conjure up in our minds accounts of the Black Eyed Children. 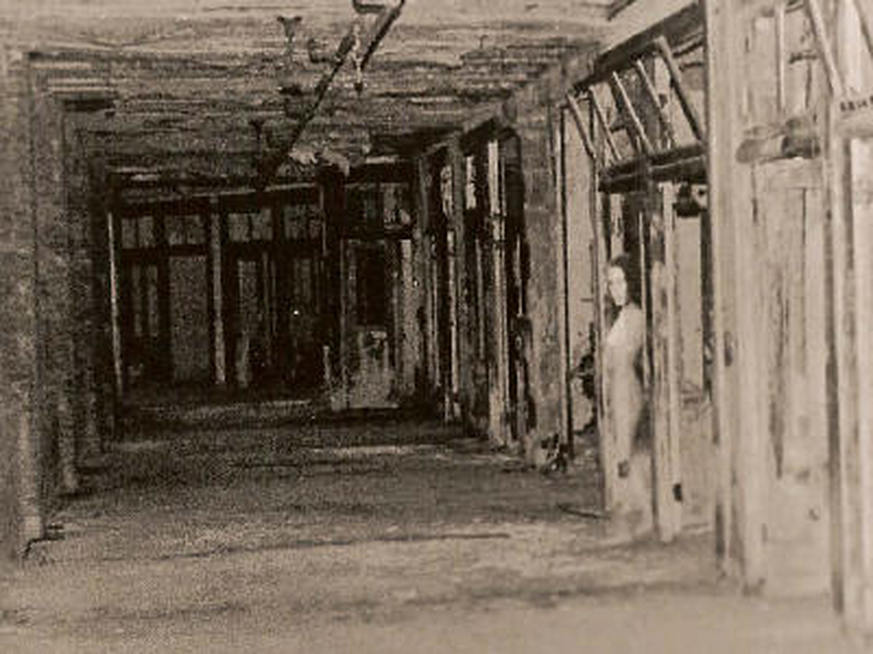 Just one of the many strange images from Waverley Hills Sanatorium
Louisville Ghost Hunters Society soon investigated the building and would label it as “one of the most haunted places in the world.”

Another alleged ghost - that of a small boy named Timmy by investigators and enthusiasts – has been seen many times on the fourth floor of the building. There are some that even claim they have managed to catch him on film. It is claimed that Timmy, when he is seen, is always playing with a ball, with some who have ventured to the fourth floor bringing a ball with them in an effort to get Timmy to communicate with them. He can also often be heard laughing playfully.

The fifth floor by contrast is said to be anything but playful, and quite possibly the most haunted part of the building. Rumor has it that the fifth floor was where patients who had gone mad from the disease they were being treated for were housed. And perhaps in sympathy, ​the fifth floor has an altogether more sinister feel to it and is said to have much more activity than elsewhere in the building.

The very worst of this sinister atmosphere appears to come from Room 502. Visitors to this room repeatedly report a feeling of despair wash over them as they enter, with many others stating that they can hear constant whispers around them and shadows of people just outside of their line of vision. There have been cases where the door to the room has slammed shut once a person has entered it, trapping them inside. One visitor stated that she clearly heard someone tell her to “Get out!” shortly after entering the room.

Room 502 does appear to have a dark history in itself. In 1928 a young nurse who worked at the hospital was found hanging in the room. It was claimed she had become pregnant to one of the doctors, and out of wedlock and scared, she took her own life rather than face the “shame” of her actions. Four years later in 1932, another young nurse jumped to her death from the room. Although no-one knows why this young woman decided to take her own life, there were speculations among the residents that she had actually been pushed from the window, although it isn't know by who.

As well as the shadows and voices that visitors have seen in Room 502, some have claimed to have seen a young woman dressed in white – like a nurse from before the Second World War. Whether this is the nurse who hung herself or the nurse who jumped to her death, is not known.

The site has recently been bought by a private couple who say they plan to open the complex as a four-star hotel resort for paranormal enthusiasts and ghost hunters - you can read more about that here – maybe they and their visitors might get a little more than they bargained for – particularly if they stay in Room 502.

​Check out the short videos below for further viewing on Waverley Hills Sanatorium. The last of which is a full three-hour session inside the building itself - the first one however is a short clip concentrated on Room 502 itself – keep watch to the bottom left at the 2:06 mark…. 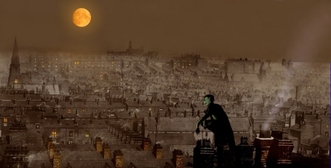