“Lunch with 5 top space scientists. It was fascinating. Space truly is the last frontier and some of the developments there in astronomy etc. are like science fiction, except they are real. I learned that our shuttle capacity is such that we could orbit 300 people.”

That quote was written in the diary of Ronald Reagan in April 1985, shortly after securing his second term in office as President of the United States, and was released in the 2007 book The Reagan Diaries – also around this time the National Archives released hundreds of thousands of documents concerning the Reagan administration’s time in the White House.

​What is interesting about the quote, is that at least as far as we the general public know, space shuttles of the time held only eight people at full capacity, and only five shuttles were operational. Even today the International Space Station has only ever had thirteen crew members at any one time, and only for a short period. 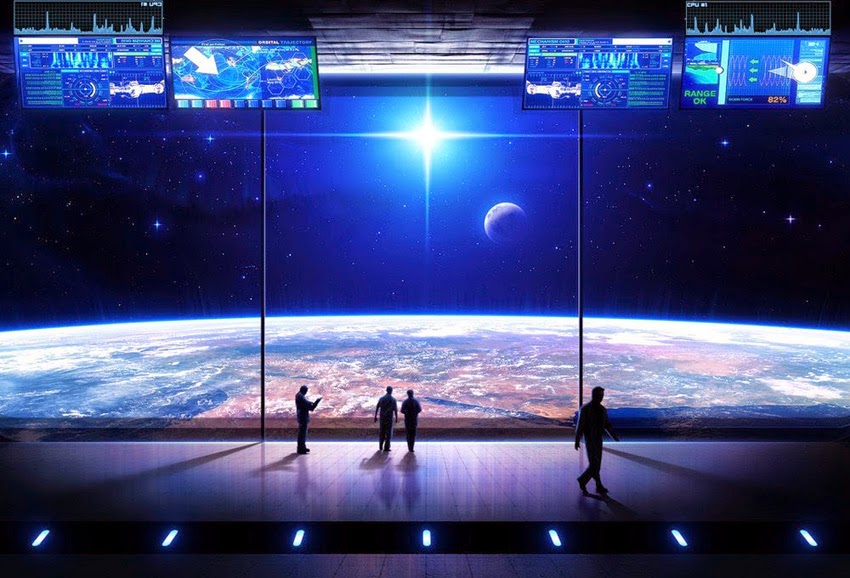 Did NASA have secret ships that could hold hundreds of people?

Just How Far Did Reagan's Knowledge In UFOs Go?

This one entry has led people to believe that maybe Ronald Reagan knew more about UFOs and alien technology than he let on.

Reagan himself has quite a history as far as UFOs are concerned. Although the exact date isn’t known, his first encounter has been written about in many books. It occurred somewhere between 1967 and 1975 while he was serving as the Governor of California. Still with many Hollywood friends from his acting days, Reagan and his wife Nancy were late for a party they were due to attend. When they finally arrived an hour after they were due to be there, Reagan told other guests that they had witnessed a UFO and had stopped for a few moments to watch it. Incidentally, had they witnessed it only? Or does the hour indicate perhaps they were abducted?

The second occurred in 1974, while Reagan was being flown to Bakersfield, California, both he and his pilot witnessed a bright object outside the plane. The pilot, Bill Paynter, stated later, “The UFO went from normal speed cruise to a fantastic speed instantly!”

Reagan indeed did some very deep research into UFOs in private, even down to connections to Ancient Egyptian civilizations. You can read more about that here and a little more about his UFO experiences here.

​In 1983, Reagan announced plans to build and launch the Strategic Defense Initiative (SDI). This was designed to shoot down enemy missiles (particularly Soviet at the time) before they reached American soil or “that of our allies!” This would rely on various aspects, not least of which was a space-based laser defense and satellite system. It was largely mocked by his political opponents and labeled the “Star Wars” project by the media. Although the idea was sound, the science and technical know-how just wasn’t there – at least according to what the public knew.

​He persevered with the project but it was ultimately scrapped after Reagan left office. You can read a little more about the “Star Wars” program here, and a little more about exactly what Ronald Reagan may and may not have known about UFOs during his time in office here.

"We Have The Technology To Take ET Home!"

Some ufologists and conspiracy theorists believe that the SDI was essentially set up not to guard against Soviet attack, but to monitor and destroy any potential threats from space. That notion is easy to dismiss if it wasn’t for some interesting comments made by several “high ranking” people over the years regarding “leaked” information.

Dr. Steven Greer, an experienced ufologist claimed to have been given leaked papers that showed the North American Air Defense Command in Colorado tracked an average of 500 "fastwalkers" entering the Earth's atmosphere every year – a fastwalker is a term that is used by the military for UFO. You can read an extensive interview with Greer here.

Ben Rich, the CEO of Lockheed Skunkworks, who were deeply involved in the production and overseeing of many top-secret US programs stated, ”We have the technology to take ET home, anything you can imagine we already have the technology to do, but these technologies are locked up in black budget projects. It would take an act of God to ever get them out to benefit humanity!”

​Also check out the videos below featuring the aforementioned Greer speaking to Project Camelot, as well as a short clip from former NASA astronaut Brian O'Leary.
Former Canadian Defense Minister turned whistle-blower, Paul Hellyer, has also made similar comments. Regarding the alleged “black budget” he stated to RT News:

“…..trillions, and I mean thousands of billions of dollars have been spent on black projects which both Congress and the commander in chief have been kept deliberately in the dark.”

He also went on to state that the UFO phenomenon is very real, as are extra-terrestrial visitors to our planet:

“In one of the cases during the cold war, 1961, there were about 50 UFOs in formation flying South from Russia across Europe, “ Hellyer stated, “The supreme allied commander was very concerned and was about ready to press the panic button when they turned around and went back over the North Pole. They decided to do an investigation, and they investigated for three years, and they decided that with absolute certainty that four different species, at least, have been visiting this planet for thousands of years. Many are benign and benevolent, and a few are not. They come from various places, for a long while I only knew about ones that came from different star systems, the Pleadies. There are extra-terrestrials that come from Andromeda, and ones that live on one of Saturn’s moons!” 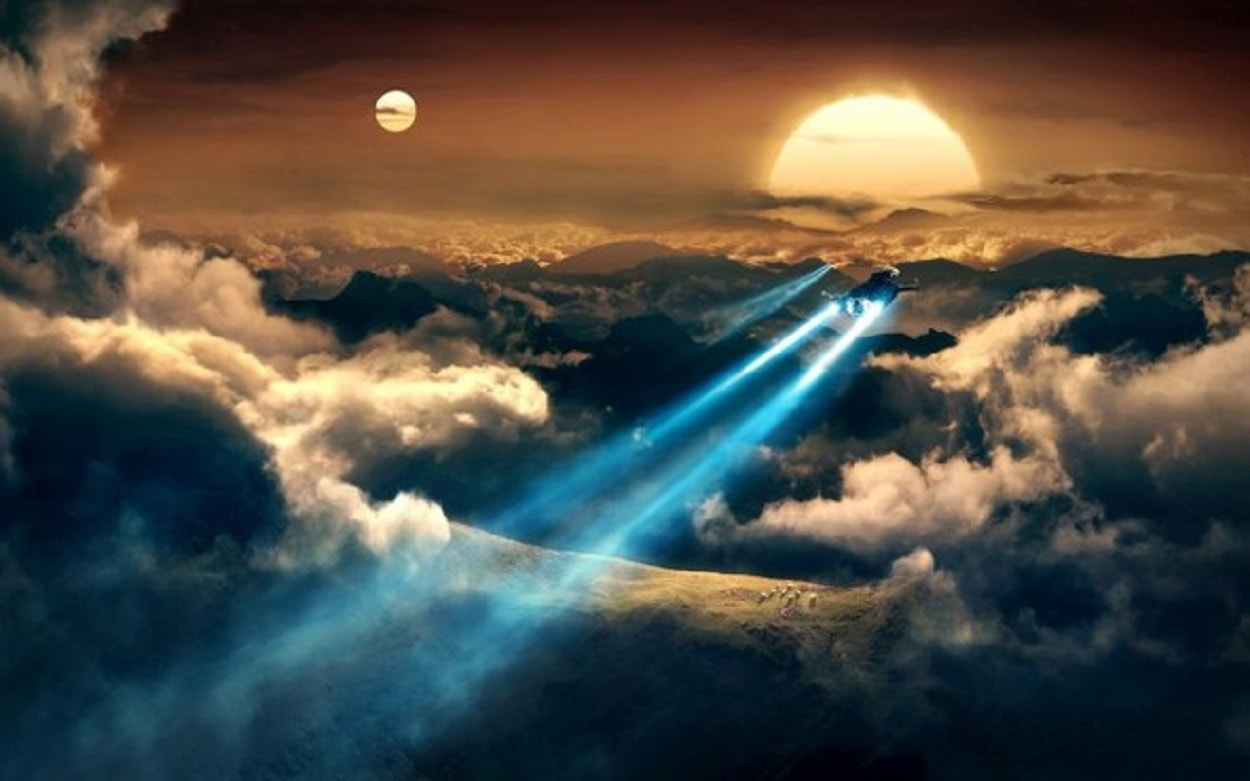 Are there multiple UFOs in our skies regularly and are they being monitored?
Hellyer stated that there had been “increased activity” since the deployment of the atomic bomb. He also claimed that they (aliens) are very concerned with how humans are treating the planet.

Hellyer’s comments and talks he has given on the subject are controversial, to say the least, but they have also been supported by declassified documents, as well as his accounts verified by numerous other people, including some high ranking military personnel and people in political positions of power.

​You can read more about that here and check out the video below.

​Are there really “secret” space missions that have been and maybe still are going on without our knowledge? We have written before about the alleged Project Redsun that apparently sent humans to Mars while also discovering an alien base on the moon.

According to one anonymous source from within the US government, one of these “secret” projects was, Project Serpo, which was set up back in the 1950s. The goal of the project was to enter into dialogue with a race of extra-terrestrials from Serpo, an alleged planet in the Zeta Reticuli star system (although the source claims that the aliens living on Serpo originated from “elsewhere in the galaxy”).

According to the source, the project was set up following the Roswell crash, but he stated there was two craft that came down, with the second one being much less known about than the more famous incident at Roswell, and not discovered until 1949. From the first crashed craft, a surviving alien entity was “recovered”.

The alien was alleged to have survived until 1952, during which time he gave doctors and scientists valuable information regarding their ships, that could be used to back-engineer the technology.

​One of the things they did manage to back engineer and put to work, was a communications device to the alien’s home planet, which resulted in the “Ebens” visiting Earth again in 1964 at Alamogordo, New Mexico. As well as them collecting their dead (who had been stored at a safe facility), they also began “talks” with “representatives” of the US government – one of the things that resulted from these talks was an “exchange program” – what would eventually become known as Project Serpo. 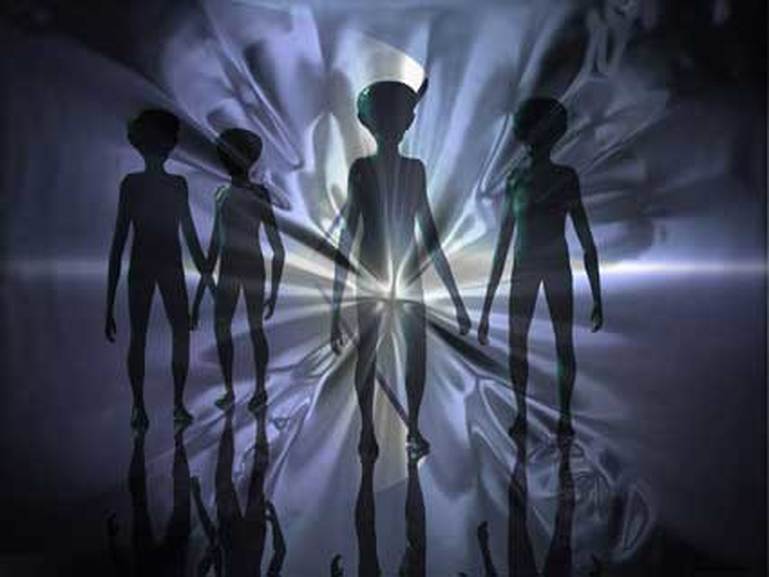 According to the whistle-blower, eight US Airforce, two US Army, and two US Navy personnel were specifically selected for the mission, with their military and civilian records being essentially wiped from the records in anticipation of the top secret program.

The crew was said to have departed in 1965, and despite communications being severed for several years, they were said to have returned in 1978. However, only eight of the original twelve made the journey back – apparently, two had died during the mission and two had decided to remain on Serpo. The debriefing that they were subjected to was said to mount up to three thousand pages of reports – although there has been no leaking or releasing of any official documents to back this up.

Maybe to be taken with a pinch of salt, maybe not, you can do some reading about what the members of Project Serpo were said to have experienced here.

The Corroborating Claims Of Gary McKinnon?

We did a piece on Gary McKinnon several months back. What is interesting about the McKinnon case was not only his discoveries that hinted about the possibility of projects such as Project Serpo but also the amount of “credible” witnesses there appear to be regarding the subject of UFOs and alien life.

​“As I got more into the subject, and listened to more serious talk and discussion about the subject, “ he told Project Camelot, “I realised there was something like four-hundred witness testimonials from everyone from people who worked in civilian air traffic control, to military radar operators, right up to men and women who are on charge as to whether to launch nuclear missiles. These are surely some credible people!”

Gary McKinnon claimed he saw a spreadsheet labelled "non-terrestrial officers!"
McKinnon claimed that he saw folders of pictures, originals that contained clear shots of UFOs, and then an airbrushed image of the picture with the UFO removed – Donna Hare, a former NASA employee stated prior to McKinnon’s discovery that this happened regularly.

Perhaps the most remarkable discovery made by McKinnon was information about Non-Terrestrial Officers.

“There was an excel spreadsheet,” McKinnon stated, “the title was Non-Terrestrial Officers, and it had names and rank!”

McKinnon claims it wasn’t a long list, maybe with twenty to thirty names on it. Regarding the title of the sheet, he said:

“That phrase is nowhere to be found on the web, or in military documentation. The other thing (I saw) was a list of ship to ship and fleet to fleet transfers. Bear in mind, ‘fleet to fleet’, so multiple ships, of materials!”

McKinnon believes these craft are not navy ships, and that none of the names he saw at the times matched any US Navy records, and the fact that they were under the Non-Terrestrial Officer name, suggested to him that they were quite possibly space crafts “most likely built using reverse engineering!”

Was the list McKinnon found of Non-Terrestrial Officers connected to the claims of Project Serpo and other secret space projects?

You can view the Project Camelot interview with McKinnon in full below, and also check out a short testimonial from the aforementioned Donna Hare regarding the airbrushing of photographs by NASA. The last is a talk given by Dr. Steven Greer in 2015. It’s the full talk so it lasts a while, but is very interesting and worth watching.

The Hybridization Program, Star Children, And The Human-Alien Agenda –  What Is The Unknown Species In Our DNA?
Many people around the world have claimed to have had a sexual  encounter with aliens, and it appears to have happened since the  beginning of time...