As infinite as space and the Universe is, so are the stream of conspiracy theories, alleged real-life events, and outright hoaxes. Telling them apart is not always easy - with that in mind, we will have a look here at several of the alleged "secret" space missions that took place without the general public being aware of them.

In 1970 an alleged secret joint US-Russian mission called “Project Redsun” was said to have taken Buzz Aldrin and Neil Armstrong, who would be accompanied by a Russian cosmonaut, on a manned mission to Mars Furthermore, this secret mission was said to have launched from an “isolated location” in Brazil. While the first of the "Redsun" missions were information gathering projects, by 1973 the aim was to land a man on Mars itself.

There is little known about the alleged missions, but apparent leaked footage has surfaced of the ISV Columbus consisting of Elliott See (commander), William B. Rutledge (pilot) and Vladimir Ilyushin that was said to have launched in August 1973. The 3-minute clip below was supposedly leaked from a collection of 16mm archival footage used in the training of NASA astronauts and Air Force pilots.

Whether the footage is real or indeed a hoax, it is extremely interesting –  you can also view the 2011 report by Italian UFO researcher, Luca Scantamburlo, regarding the alleged events here. 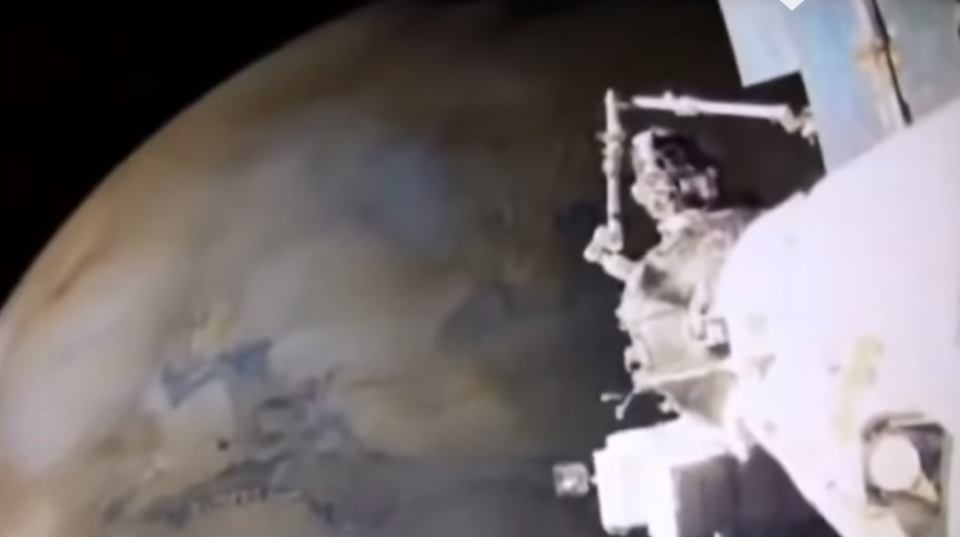 Is this view of Mars from the secret "Project Redsun?"
There is also interesting footage of Gene Cernan from 2010, when during a television interview in the aftermath of the intention to cancel the moon missions so they could turn their attention to Mars and in response to Buzz Aldrin’s statements about it, Cernan states that Aldrin “wanted to go back to Mars!”  – you can see that video at the bottom of this article. Did he make a mistake and mean "the moon", or was it a momentary lapse in concentration where he "forgot" to not say Mars?

More recently, in 2014, a mystery woman called “Jackie” claimed to Coast to Coast radio that she was a former NASA employee and had witnessed “humans on Mars in 1979” and that six other employees had also witnessed this (although no-one else has corroborated Jackie’s story).

Jackie claimed that she was downloading telemetry from the Viking as part of the “downstairs” NASA team and, “then I saw two men in space suits - not the bulky suits we normally used, but they looked protective. They came over the horizon walking to the Viking Explorer.”

You can read more about Jackie’s claims here and you can watch the alleged “Project Redsun Footage” below.

William Rutledge, the pilot of the Redsun mission, has claimed to have been part of the Apollo space missions to the moon, the ones that the public wasn't told about.

Theorists suggest that Apollo missions 18 and 19 found evidence of an alien presence on the moon – it is even suggested that Apollo 19 was actually lost due to a huge collision. However, when Apollo 20 ventured out into space and to the moon’s dark side, it is claimed they were not only successful in recovering alien technology, but also an alien humanoid – a girl who they named, Mona Lisa.

In 2007, videos posted by Rutledge on YouTube claimed to show parts of the Apollo 20 mission – including footage of structures on the moon as well as the alien humanoid (Mona Lisa).

Rutledge, who said he had been one of the Apollo 20 astronauts, when asked by the aforementioned UFO researcher, Luca Scantamburlo, about the footage and the Apollo 20 mission stated, “NASA didn’t employ me, USAF did. I had worked on the study of foreign technology, Russian only. Studied about the N1 project, AJAX plane project, and the MIG Foxbat 25. I had some skills for using computer navigation and was a volunteer for the MOL-Gemini project!”

​Rutledge further stated that the Apollo 20 mission was, like the Redsun missions before them, a joint US/Soviet venture and was launched in 1976. They headed to the Delporte-Izsak region of the moon on its far side. Once there, they were said to have found a crashed “ancient spacecraft” around two and a half miles long. Not from the spacecraft, the Apollo 20 crew made the discovery of the remains of an old city – called by them, “Moon City!” 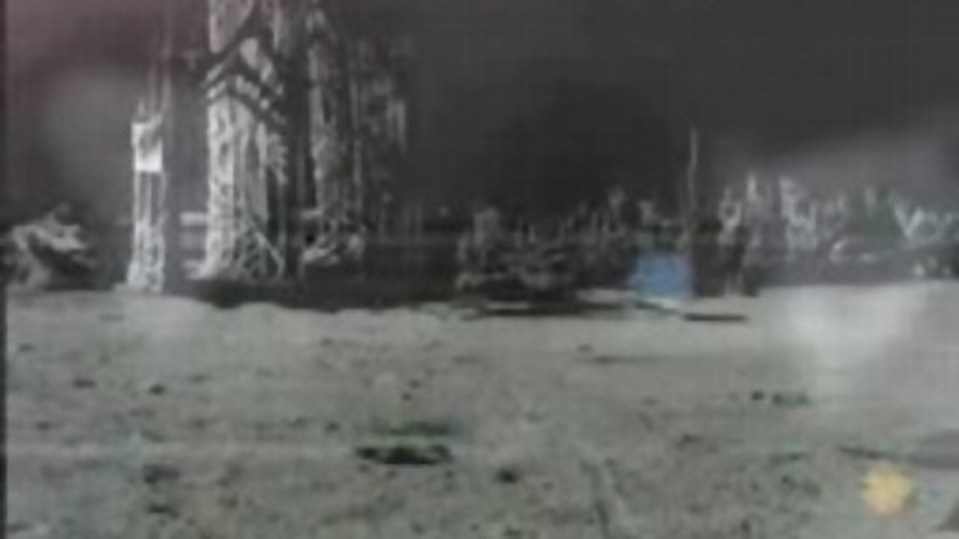 Is this picture real evidence of a "city" on the moon?

Of the city, Rutledge said, “The ‘Moon City’ was named on Earth and referred to as Station One, but it appeared to be really space garbage, full of scrap, gold parts, and only one construction seemed intact. We named it the Cathedral. We took shots of pieces of metal, of every part bearing calligraphy, exposed to the sun. The city seemed to be as old as the ship, but it is a very tiny place. In the rover video, the telephoto lens make the artifacts seem larger.”

Once they entered the old spacecraft though they made the most remarkable discovery. They were said to have found strange triangular rocks as well as signs of old vegetation and biology inside. There were also the bodies of “small beings – about four inches long” that seemed to “spend their lives in tubes" that were found throughout the ship.

They also found two humanoid bodies – one of which was intact – the one they named, Mona Lisa.

​Rutledge described Mona Lisa as being in a “state of suspended animation, neither dead nor alive” and they made the decision to take her body back to their ship. 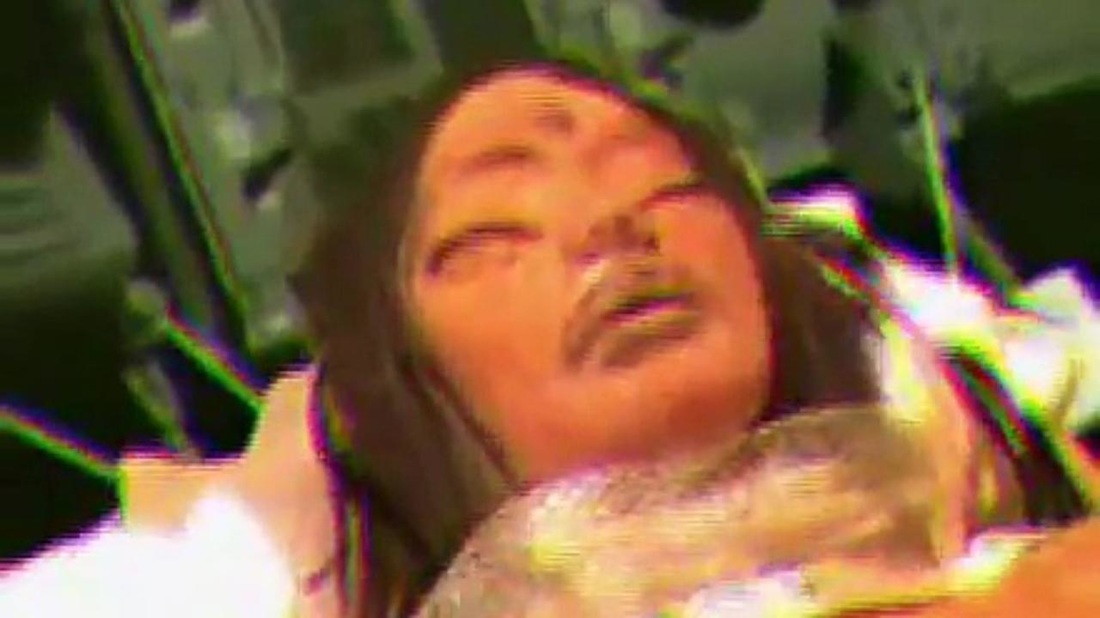 “I don’t remember who named the girl, Leonov or me...(She was) humanoid, female, 165 centimeters (5’5″). Genitalized, haired, six fingers (we guess their mathematics are based on 12). Function: pilot, piloting device fixed to fingers and eyes, no clothes. We had to cut two cables connected to the nose. No nostrils. Leonov removed the eye device.

Concretions of blood or biological liquid erupted and froze from the mouth, nose, eyes and some parts of the body. Other parts were in unusually good condition (hair) and the skin was protected by a thin transparent film. As we told mission control, the condition seemed not dead not alive. We had no medical background or experience, but Leonov and I devised a test; we fixed our bio equipment on the EBE, and telemetry received by mission control meds was positive.”

Of the second body that they found, Rutledge stated that it was “destroyed” although they brought the head back on board – the head was a “blue-gray” color and that there were “some strange details above the eyes!”

​You can watch the video below that claims to show the “Mona Lisa Alien Girl” being examined on the ship.
Rutledge stated about his claims:

“I’m the whistleblower. What can NASA or the USAF do now? Blocking or suing me would be an acknowledgment. They can speak of hoax or fiction!”

Of Mona Lisa Rutledge also stated, “She is on Earth – she is not dead!”

For further reading, you can also click here to read about Dr. Eric Norton, a NASA consultant who recently claimed that there is a fleet of “technologically advanced alien ships” on the other side of the moon and evidence that some have landed there.

Remember to check out the Gene Cernan video below. 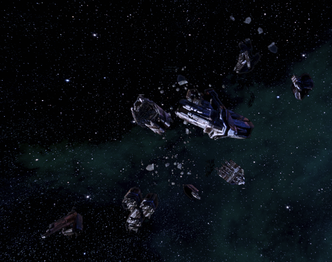 ​​The Boshich Space Wreckage – A Floating Alien Tomb Or Purposeful Disinformation?
In 1979 Professor Sergei Boshich made a mind-blowing claim......