If the greatest trick the Devil ever played was indeed to make the world believe he doesn’t exist, then it could be said that he failed miserably at this throughout the final two decades of the twentieth century.

​Or perhaps you could argue, if you were so inclined, that this was his most successful period in recent history and that his work was actually carried out by those who were, in their own minds at least, fighting against him and his influence.

That isn’t to be trivial – make no mistake about it – there were some very real victims of the “Satanic Panic” of the 1980s and 1990s. 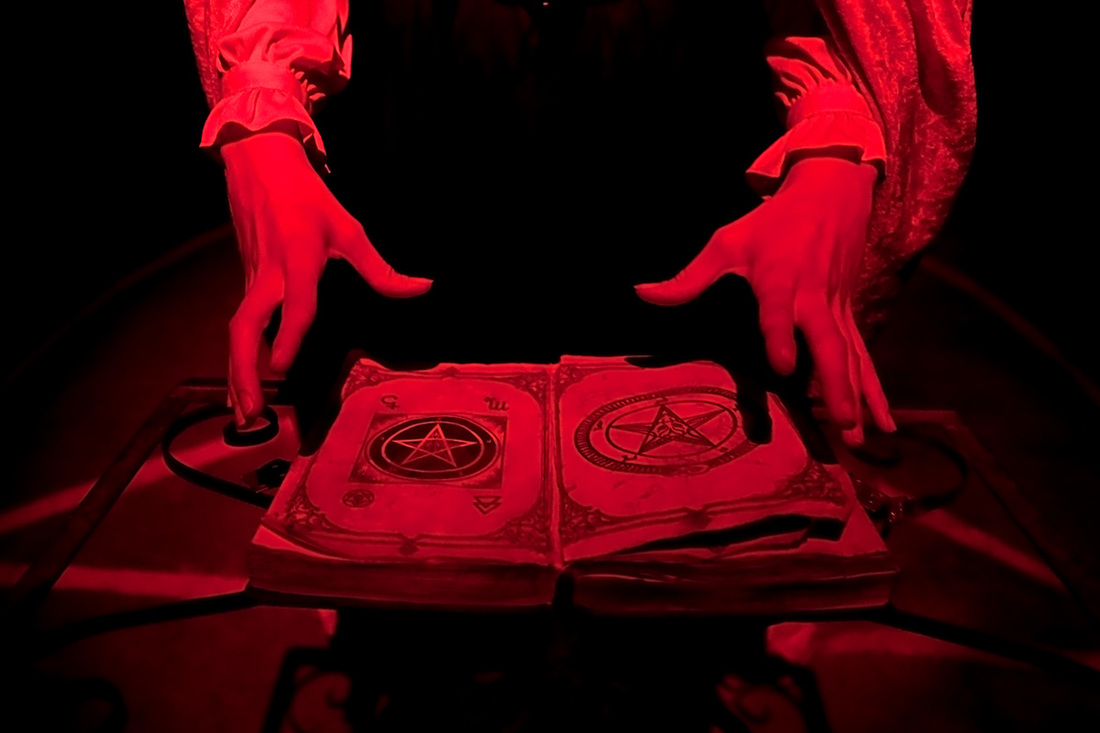 The Satanic Panic - was it exactly that, and why?

In 1990, sixteen young children were removed without warning from their parents on the Langley council estate in Rochdale, near Manchester in the United Kingdom, amid accusations that they had been victims of Satanic cults, devil worship and sexual abuse. All were placed immediately into care.

All of the parents were ultimately found innocent of all accusations, but neither they nor the children removed from their care were allowed to speak of their ordeal until the BBC successfully challenged this suspicious court order. You can read their statements in full here.

As far back as the early 1970s, British intelligence in Northern Ireland was using and even “stoking” fears of Satanic cults to their own advantage – mainly to engage a psychological war with the general population and various armed groups in the country during this time. You can read more about that here.

​Whether the aim of the American law enforcement was to stoke people’s fears or not is open to debate, but by the time the seventies had given way to the eighties, a huge amount of their time, resources and funding was geared towards Satanism and the occult, and remained that way until deep into the nineties. 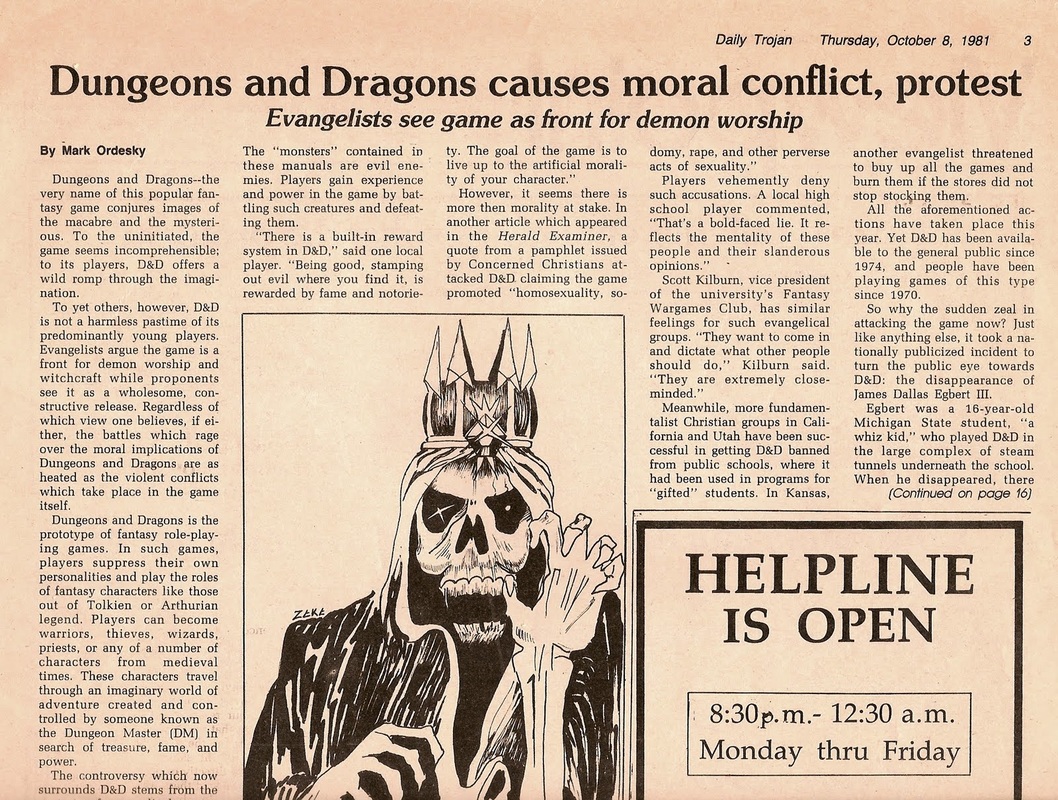 A typical newspaper report ofthe early 1980s about Satanism - in this case Dungeons and Dragons is the focus.
There were several high profile cases in the 1980s – perhaps most notably the McMartin Pre-School case in southern California where there were over fifty charges of child abuse served, all of which centred around satanic rituals. All those charged were found to be not guilty of any wrong doing whatsoever, but the media (and the mass hysteria that followed) had for all intents and purposes already judged them as guilty.

Those accused in the McMartin Pre School case would not be the only ones to be charged and in some cases sentenced for their “crimes” before ultimately being found completely innocent – guilty of nothing more than being caught up in a mass panic that the Devil was alive and well and in your neighbourhood.

Almost as if they had been caught in a modern day scientific witch hunt.

In fact that was how Keith Hampton, lawyer for Francis and Dan Keller who were accused of various satanic acts at a day care centre in 1992 described their ordeal:

“That was literally a witch hunt! We say witch hunt in this figurative way, but that was a modern day literal witch hunt. They really were after people who they (the Kellers) thought were worshipping at the feet of the dark lord!”

They were sentenced to forty-eight years in prison before having their conviction overturned and being released in 2014.

​The case had hinged on testimony that was almost “coaxed” out of three of the children in therapy sessions. Worried parents had almost “floated” the idea into their children’s minds leading them to make the wild accusations.

​Furthermore, none of the other children or their parents confirmed any of the accounts had happened – even when it was their own children that had been singled out as having been abused. Friends and neighbours lined up to state their severe doubt over the accusations and all stated they had never seen anything out of the ordinary at the day care centre. 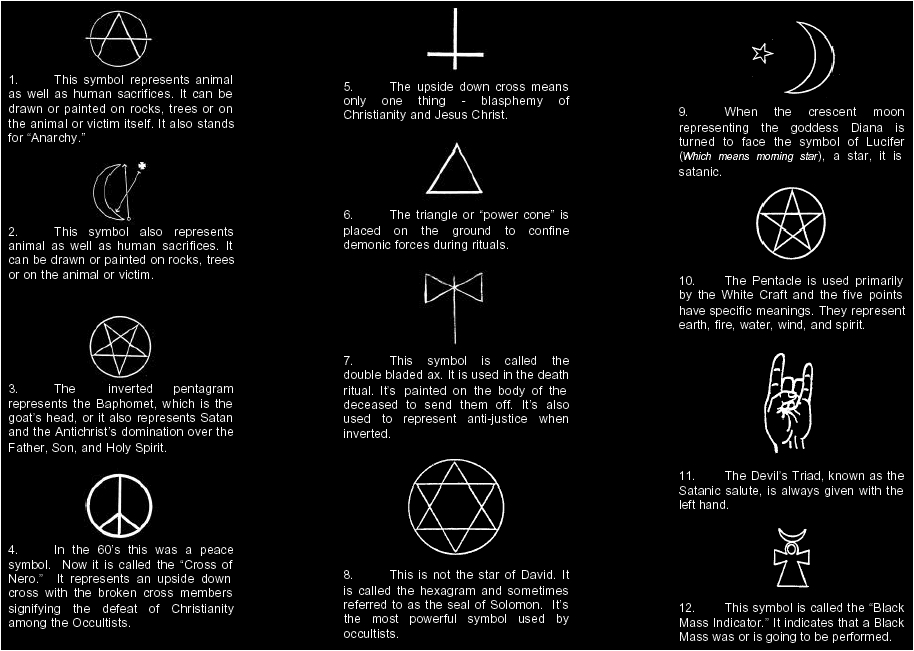 An Imaginary Problem Spilling Over Into Real Society

This was not limited to law enforcement though. Satanism and fear of it was spilling over into most other areas and cultures of society.

Day-care workers and child minders were under intense and unfair scrutiny and often accusations of Satanism and consequently child abuse. In fact the rise in child abuse and in particular child sex offenses  - which although most would agree was extremely under investigated in the 1970s – almost coincided with and ran alongside the rise in satanic prosecutions.

Hollywood also wasted no time in taping into the Devil, satanic cults and forces, as well as people’s interest and fear in them, to turn a dollar or million profit at the box office.

Music, heavy metal music in particular, was no exception to the Devil and the evil he was surely looking to spread. In fact, rock and heavy metal music seemed to take the brunt of these concerns for a good part of the 1980s.

Peter Bebergal whose book, “Season Of The Witch” explores Satanism and the occult in rock and metal music stated:

“Certain Evangelicals had already seen the Devil lurking as far back as Elvis’ gyrating hips, but in the 1970s we were at the beginning of a cultural war, and the Devil was used to represent youthful and artistic rebellion, as well as a symbol for what was seen as the decadence and corruption of youthful minds.

There was the hysteria about Satanic ritual abuse, shifting our fear of ‘communists everywhere’ to a cabal of secret Satan worshippers, any of whom could be your child’s teachers, the friendly postman, or your next door neighbour… Be sure to watch out for that long-haired kid with the Venom t-shirt.

​The police had this whole thing about how the teenagers were into the occult. But in the court documents, they would always make note that they listened to heavy metal. That was a key point. The music that they listened to, it was believed, would make them more susceptible to whatever Satanic conspiracy. It was a way of noting that the kids were troubled." 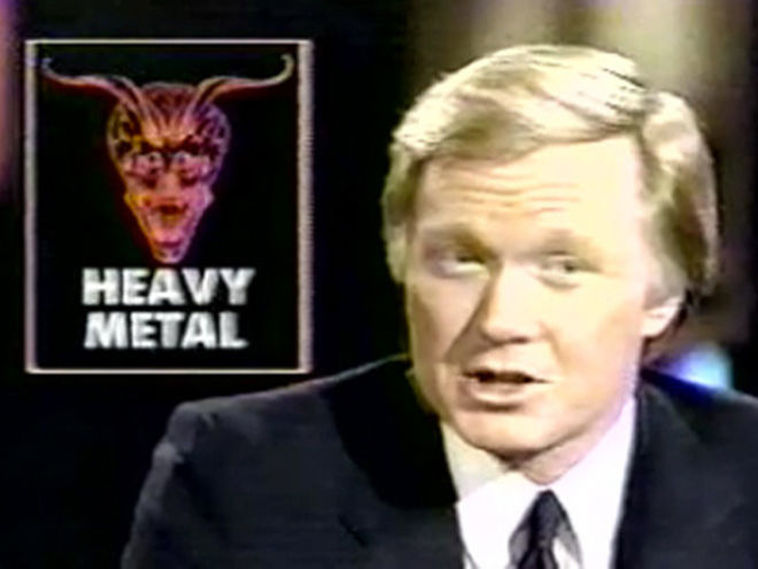 A typical American talk show of the 1980s discussing Heavy Metal music and it's connection to Satanism.
On January 12, 1986, a lawsuit against former Black Sabbath frontman and heavy metal artist, Ozzy Osbourne was filed by the parents of John McCollum – who after having listened to the song “Suicide Solution” had gone on to shoot himself dead. The prosecution tried to claim that there were Satanic backwards messages in the song (just before the lead solo if you are interested) that said “Get the gun! Shoot!”

The case was ultimately dismissed (you can read more about it here), with Ozzy stating that although there was a “vocal effect” on the mix during that part of the song, there was no backwards message. After all he quipped years later, “What performer wants his audience dead?”

This was not a play for money though. The young man’s parents and many like them in America at this time, genuinely believed that Ozzy Osbourne and other heavy metal acts like him, were spreading the word of the Devil.

​In 1982 for example, Iron Maiden’s third album, titled unfortunately or fortunately depending on which way you look at it, “The Number Of The Beast” was released. The reaction among some was extreme to say the least. There were public rallies against the album and the stores that stocked it, during which many copies of the (then) records were burnt.

“Then they all got scared of the smoke or the fumes so they ran away! The next time they simply used hammers to break the records! Very strange!”

​Another British heavy metal band, Judas Priest, like Ozzy Osbourne, also found themselves in court. In 1990,after an attempted double suicide of twenty year old James Vance and nineteen year old Ray Belknap in Reno, Nevada, the band were implicated as being the catalyst for the pair's actions, While Belknap died instantly of the gunshot, Vance survived. He was left severely disfigured and eventually did take his own life three years after the incident by overdosing on painkillers.

The prosecution argued that through subliminal messaging the phrase “do it” was inserted into the song “Better By You, Better Than Me” and that this was the trigger for the young men to shoot themselves. The case was dismissed after a three week trial, with Judas Priest frontman offering a similar response to Ozzy Osbourne’s several years earlier, in that if the band was to put subliminal messages in their songs, rather than asking people to kill themselves, they would ask them to “buy more of our records!”

Check out the video below for some clips of the Judas Priest trial, and click here to view the documentary “Dream Deceivers: The Story Behind Judas Priest vs James Vance”.
So, where did this all come from?

"A lot of it was having a spiritual vacuum, created by the fact that the 1960s promise of this cosmic, spiritual consciousness didn't really pan out. Then you had this 1970s uptick of paranormal investigations, ESP, an interest in UFOs, really climaxing with Close Encounters of the Third Kind. But the aliens never actually landed, you know?

I think it led to a cynicism that led to kind of a cultural paranoia: there is no meaning. There was already an uptick in fundamentalist Christianity. The Reagan Right had begun to dominate politics. And it was the beginning of a cultural war; that's when the Parents Music Resource Centre started to put labels on album covers to warn against profanity or even references to the occult. It was a perfectly ripe stew for it.  In a way, believing that Satan is running the world is still offering a kind of order to things, in a world that can feel very disorderly!"

Although the hysteria that was the Satanic Panic has essentially died down to seemingly isolated cases, a recent triple murder in Florida demonstrated how easily a tragic, brutal murder can become the work of the Devil. Maybe the times we live in right now, are calling for the same order to the chaos they seemingly did in the 1980s. Click here for the full story.

​Check out the videos below – a debate into Satanic organisations and cults. 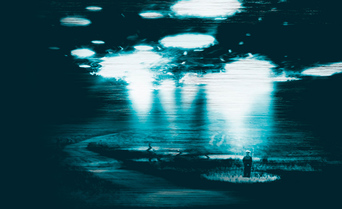