Ten Random Bands That Released One Great Album, Then Called It A Day!

Some bands only get one bite of the musical cherry, and despite releasing solid debut albums, find themselves disbanding soon after. That doesn't mean their records are failures though, at least not on the ear. Here are ten bands, in no particular order, whose only musical offering should have a place in your collections!

1 – Young Marble Giants – Colossal Youth (1980)
New wave post-punk trio Young Marble Giants formed in 1978 in Cardiff, Wales. They released their only full length album “Colossal Youth” in 1980 before disbanding. The record is recommended listening however, and is constructed around the raw vocals of Alison Statton, along with the minimalist instrumentation (guitar and bass) of brothers Philip and Stuart Moxham.

The band found a cult following of sorts in the United States, with bands such as REM and Nirvana later siting them as influences, while grunge band, Hole, covered “Credit In The Free World” on their debut release “Live Through This.”
2 – Mother Love Bone – Apple (1990)
Just days before the release of their debut full length album, “Apple”, and after having successfully completed a rehab course for heroin addiction, Mother Love Bone frontman, Andrew Wood, was found unconscious of an apparent overdose. Three days later his life support machine was turned off and Mother Love Bone ceased to exist.

Mother Love Bone came together in 1987, essentially from two well established bands in the Seattle music scene, Green River (who featured eventual guitarist and bass player Stone Gossard and Jeff Ament respectively) and Malfunkhon (Wood). Malfunkshon have since been labelled by some as “kick-starting” the new Seattle music scene that bubbled away for a decade in the 1980s before the grunge explosion of the early nineties.

Their sound was more akin to the “arena bands” they listened to when they were growing up, with big hints of Kiss, Queen, Marc Bolan and Aerosmith to name just a few.

​Incidentally, following the band’s break-up, Goassard and Ament went on to form Pearl Jam, who would become one of the biggest bands on the planet throughout the 1990s.
3 - Temple Of The Dog – Temple Of The Dog (1990)
The Temple Of The Dog album was only ever going to be a one-time-and-done affair, but originally it wasn’t even supposed to be that.

Following the death of Andrew Wood in 1990 and the break of Mother Love Bone, Stone Gossard and Jeff Ament turned their focus to finishing several of Wood’s half-written songs. They brought Wood’s close friend and Soundgarden frontman, Chris Cornell in to work with them, and also featured contributions from vocalist with their new band, Pearl Jam, the then unknown, Eddie Vedder. The project quickly turned into a full length album.

​Temple Of The Dog is taken from the lyrics of “Man Of Golden Words” – a song on the Mother Love Bone’s,” Apple.” The sound is typical of the grunge era, with the song “Hunger Strike” reaching the top ten upon it’s re-release in 1992 on the back of Pearl Jam’s success.
4 – Atom Seed – Get In Line (1990)
Described by SPIN as a “cheesy Red Hot Chilli Peppers spin-off”, London-based four-piece, Atom Seed, managed to blend punk guitars, noisy vocals and funk-driven bass and drums into their one and only release, “Get In Line” in 1990.

The title track enjoyed limited success as a single in the rock and metal charts, and by 1991, the band turned their attention to the United States.

​An already “shaky” relationship with the band’s record label in America (London Records) quickly turned sour when the album did not take off as expected. The label turned down all subsequent demos from the band and consequently a second album was not recorded. By 1993 they had been released by the company and split soon after.
5 – The Throbs – Language Of Thieves And Vagabonds (1991)
Described as the “New York version of Guns N Roses”, the four-piece from the Big Apple, The Throbs, featured a punk-sleaze sound that leaned heavily to the 1970s punk forerunners, the New York Dolls.

Their debut album, “The Language Of Thieves And Vagabonds” enjoyed initial praise and limited success, with the single, “Come Down Sister” arguably being the highlight of the offering. Rock-n-Roll legend, Little Richard also made an appearance on piano on the track “Ecstacy.”

The London four-piece were originally signed with EMI, but were dropped from the label almost immediately following the release of their debut single, “Anarchy In The UK.” They were soon picked up by Virgin, and after replacing their original bass player, Glen Matlock, with the eventually infamous, Sid Vicious, they released their follow-up single, “God Save The Queen” – incidentally the song was banned by the BBC, despite it reaching number one in the UK charts.

​Soon after the release of their debut album, the Pistols ventured on their ill-fated tour of America in early 1978. By the time they had pogoed and spat their way from east to west across the United States, they had all but broken up, with vocalist, Johnny Rotten (John Lydon) quitting the band following their show in San Francisco.
7 - Honeycrack – Prozaic (1996)
In August 1994, following their firing from The Wildhearts, Chris Jagdhar (CJ) and Willie Dowling formed Honeycrack – a band that stated “we have no messages to convey, but we do want to change the world!”

Although they carry a heavy guitar, driven sound, their only release, “Prozaic”, is riddled with pop hooks, numerous, time, tempo and key changes, and draws influence from more musical genres than you could shake a drumstick at. Even their name was a tip of the hat to the fact they were mixing sweet pop melodies (honey) with bone-crunching guitars (crack).

Two singles were released with moderate success – “The King Of Misery” and “Sittin’ At Home” – before their third single, “Go Away” cracked the Top 40.

​The group embarked on a headline tour in support of the album’s eventual release, which included a four-week residency at London’s Splash Cub, before they seemingly fizzled out – by early 1997 they had officially disbanded and CJ returned to The Wildhearts.
8 - Roadhouse – Roadhouse (1991)
Following his firing from Def Leppard due in part to his continued struggle with alcoholism, guitarist and co-founder of the Sheffield rock group, Pete Willis, returned a decade later, now sober, with a new band, Roadhouse.

Despite their self-titled debut offering a pretty solid set of hard rock tunes, the timing of its release couldn’t have been worse. With the “grunge takeover” right around the corner,  it was largely seen as “old hat” by most.

​Three singles were issued from the album, “All Join Hands”, “Hell Can Wait” and “Tower Of Love”, but despite landing support slots with veteran rock acts as Saxon, Gillan and No Sweat, the band folded a year after the album’s release.
​9 – Blamesless – The Signs Are All There (1995)
Four piece band Blameless, formed in Sheffield in the United Kingdom in the early nineties, and off the back of promising demo recordings and a handful of solid live shows, they were soon snapped up to be the “British Pearl Jam” by China Records.

Their record label sent the band to Boston, Massachusetts to record their debut album at Fort Apache Studios and to work with American producer, Paul Q. Kolderie. “We though they meant Boston, Lincolnshire,” vocalist Jared Daley stated years later on how the move surprised the band somewhat.

Their debut albums “The Signs Are All There” was released in 1995, and was packed with a variety of influences. Sales and the general reception to it however were immediately disappointing, and far below the high expectations of their record company.

When the group scored a minor hit with the release of “Breathe (A Little Deeper)” the following year, the album was re-released in the hope that the relative success of the new single would spark an increase in album sales. This ultimately didn’t happen and they were ultimately dropped by China Records and disbanded soon after.

10 – The Germs – GI (1979)
Formed in Los Angeles in the late 1970s, punk noise band, The Germs, are widely regarded as one of the more influential bands on, not just the Los Angeles punk scene of the time, but of the wider American punk movement of the 1980s and 1990s.

Although not musically proficient (aside from guitarist, Pat Smear, who would eventually join Nirvana), the band drew audiences off the back of their manic live sets, which often were on the verge of riots such was the energy.

Fan of the band, Joan Jett, produced their debut album, and although they were never going to truly capture their live energy on record, “GI” was a solid recording of short, sharp noisy punk.

Vocalist Derby Crash, battling a heroin addiction among other obstacles in his life, became increasingly erratic in his behaviour following the album’s release, which ultimately resulted in the band dissolving in 1980. On December 7th of that year, aged just twenty-two years old, Crash committed suicide by intentionally overdosing on heroin.

​Check out the video below – a live show from The Whiskey Club in Los Angeles in 1979, a good example of the raw energy and chaotic feel of The Germs on stage. 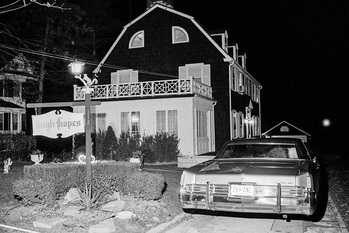 ​Well Known Movies With Strange And Chilling Backstories
Hollywood is full of alleged curses and behind-the-scenes goings-on of legendary films. Here are ten of the most interesting and, at times, chilling......
​All pictures are for illustration purposes unless indicated otherwise and are not the property of Me Time For The Mind