Al Bielek – The Montauk Project And “Memories” Of The Twenty-Eighth Century?

Most people view Alfred Bielek’s claims with suspicion at best, even so-called “conspiracy nuts” – others completely scoff at the notion that Bielek traveled forward in time, not just once, but many times and that he saw, in detail, how life on Earth will be in the twenty-eighth century.

Bielek has no “evidence” to back up his claims, which combined with the fact that you can purchase his DVD at a cost to see “the rest of the revelations” means many are dismissive. We are nonetheless going to look at some of his claims though. Also, check out the videos at the end of this piece and see what you think.

Bielek claims to have been "involved" in not only the Philadelphia Experiment but also, The Montauk Project, which first started to circulate as a conspiracy of sorts when Preston Nichols stated he had accessed repressed memories of his involvement in the project. It should also be mentioned that Nichols (along with co-author, Peter Moon) had authored several books about these memories around this time – make of that what you will. 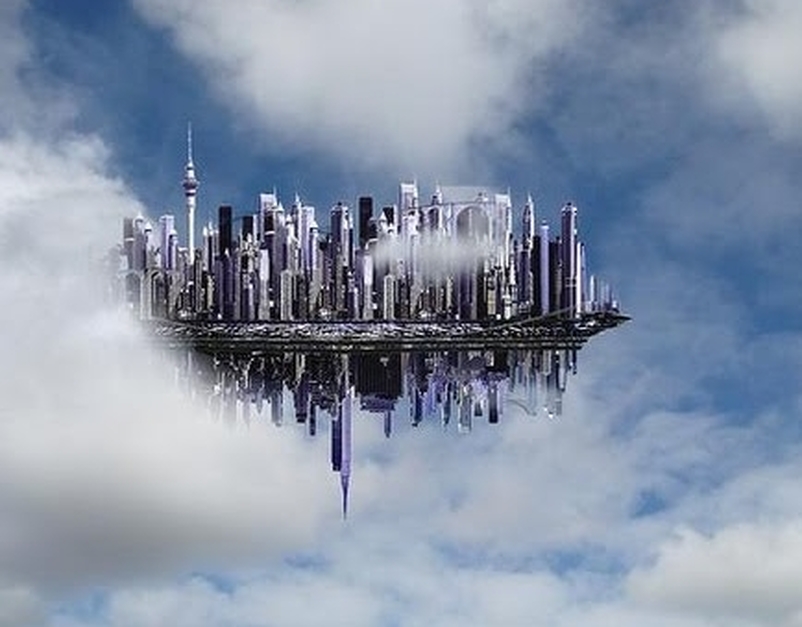 Al Bielek claims that in the twenty-eighth century there are "floating cities."

The Montauk Project was said to be concerned with such things as time travel, teleportation and even contact with alien life and the ability to travel to their worlds. The experiments took place at the Montauk Army Base in Long Island. There were also more grim claims of mind control experiments conducted at the base on thousands of abducted and missing teenagers. Many people connect the increasingly rising number of missing people in the North American continent with the base.

These projects, it was claimed, ultimately “ripped a hole in space-time in 1983”, and it was shortly after this when Bielek started making noises about his experience and his own “recovered” memories.

He claimed he had served on the USS Eldridge and was on board during the Philadelphia Experiment. He further claimed the ship had been sent forward in time forty years to 1983. However, and here is where it starts to get interesting, and confusing, he wasn’t Al Bielek when he was on the USS Eldridge. He was Ed Cameron.

Ok, pay attention – we will get back to how Bielek and Ed Cameron are supposedly “connected” a little later, but for now, we are on the USS Eldridge with Ed Cameron and his brother Duncan.

After witnessing the horrors of what had happened to the other crew the brothers decided they had seen enough and flung themselves overboard expecting to hit the cold waters below. However, they instead found themselves falling through “perpetual clouds” and soon blacked out. When they awoke they were covered with radiation burns and seemed to be in a hospital, with no memory. The year was 2137. 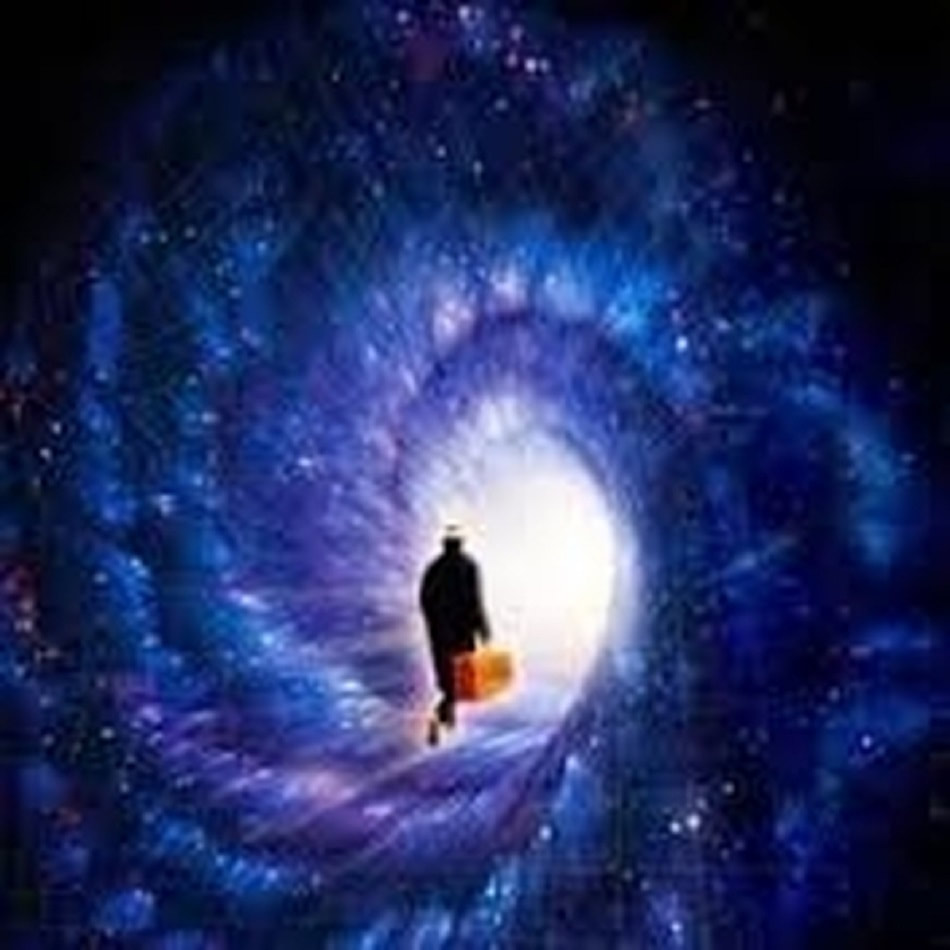 Al Bielek claims he has memories of Ed Cameron's journey's into the future and has himself traveled in time.

The Claims Of Al Bielek

So how does Bielek figure into all of this?

According to Bielek and his many lectures he has publicly given since the early 1990s, after witnessing the film “The Philadelphia Experiment” in the mid-1980s, much in the same way as the aforementioned Preston Nichols, Bielek began to access repressed memories. Memories of not only his top-secret work at Project Montauk, but also memories of the future, memories that were both his and, Ed Cameron’s.

Bielek claimed that Ed Cameron and his brother Duncan had traveled forward to the year 2137 where they spent six weeks, mainly recovering from radiation burns they had sustained in “hyperspace”. Although he doesn’t state how, Bielek then claimed that Ed Cameron was transported to the year 2749, where he spent a further two years, even working as a tour guide for a time!

Bielek said he had clear recollections of life in the twenty-eighth century and even stated that everything was controlled by a “synthetic computer system”. There were no governments and people lived on floating cities that could move around the planet. These cities he said were generally part of a “state control” although some floating cities were governed independently by their own computer system.

He claimed that the world population had reduced to around 300 million and had been “held” at that level for centuries. In 2751 Cameron was transported back in time and along with his brother he was back in 1983 – remember the claims of the rip in space in time in 1983?

The Montauk Army Base - the alleged home of the Mountauk Project.

Accounts From The Future?

There, Bielek claims that the brothers were met by a Dr. John Von Neumann (who is generally believed to have died in the 1950s) and were “convinced” to travel back to 1943. Apparently, Ed Cameron still worked on top secret projects for the government, but Bielek states that in 1953 he was considered a “threat” by some and he was “regressed” out of existence and into the body of Alfred Bielek, who was born in 1927. You can read about all of these events in a lot more detail on Bielek’s website here. There is also an interesting interview transcript here.

Bielek went on to state that he had very prominent memories from the early age of one, and that he completely understood adult conversations around him, even though he himself couldn’t yet talk. Only now, as the memories opened up to him did he make sense of this.

Although Bielek was an electrical contractor he claimed that he had been approached in secret to work at Montauk, and said he did so in an “altered state”. He said he was involved in a variety of projects including the mind control experiments on missing teenagers, and indeed time travel. 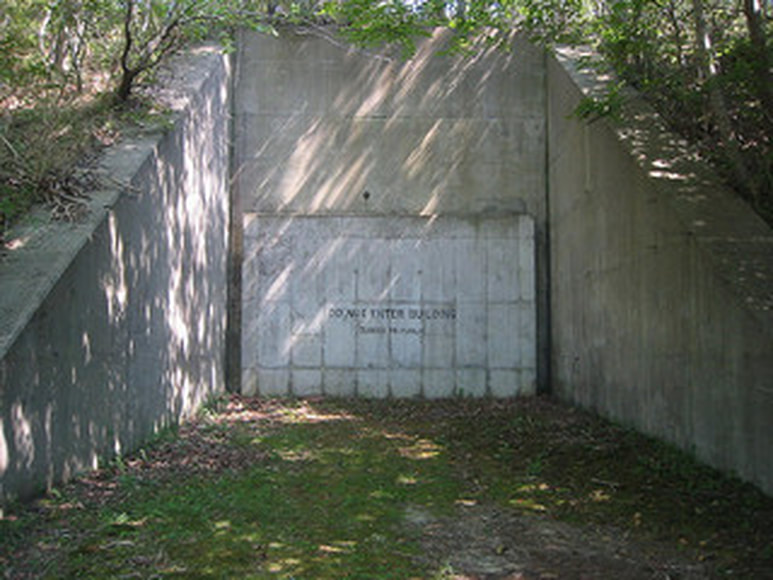 One of the concrete bunker entrances at Montauk Base.
He has more specifically stated that he has been teleported to Mars as well as other planets to obtain “light and dark energy”, and even gone as far as 100,000 years into the future to a research station. On another occasion, he was sent to the year 6037.

Very interesting claims, no doubt. However many argue that if Bielek had indeed traveled to the future, either as himself or Ed Cameron, especially if he had been there for years at a time then he would have surely managed to obtain some physical proof. Bielek counter-argues that he only knew of his accounts from recovering repressed memories and that any time-traveling he has done has always been in an altered state.

Unfortunately, no-one of our time will be around to see if Bielek was indeed correct. Unless we manage to find a way to travel in time that is.

Bielek himself died on in October 2011.
Check out the videos below which feature audio and interviews with Bielek and his “memories” of the future – at the very least they are very interesting listening/viewing. The first video features Bielek speaking in more detail about Project Montauk. 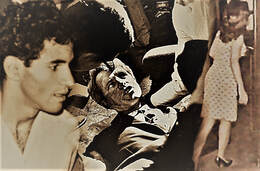