Mind Control, Brainwashing And The Assassination Of Robert Kennedy?

We all have heard of JFK, and most of us are familiar with the conspiracy theories that surround his death. Just short of five years later, his brother Robert was also killed in surprisingly similar circumstances in that it was an “open and shut” case as to who the killer was.

Sirhan Sirhan was charged with the murder of Robert Kennedy. He was seen firing the gun and was wrestled to the ground in the immediate aftermath. He would go on to confess to the crime and at one point in his trial even asked to change his not guilty plea to guilty (which was ultimately denied by the judge at the trial).

Sirhan stated that he had indeed shot Kennedy due to his support of Israel and his proposal to send military jets to target Palestinians. Note books of Sirhan’s were also produced that showed his writings and thoughts of how he wished to kill the politician.

It is said that Kennedy’s assassination was the first major politically motivated act of violence on American soil as a result of the Arab-Israeli conflict in the Middle East.

Sirhan was ultimately found guilty of the murder and after having a death sentence commuted to life in jail, the case could be closed.

Well not quite. There is currently an appeal lodged siting new evidence that Sirhan did not murder the would-be president of the United States, and the claims are the stuff of the finest espionage movie ever made. 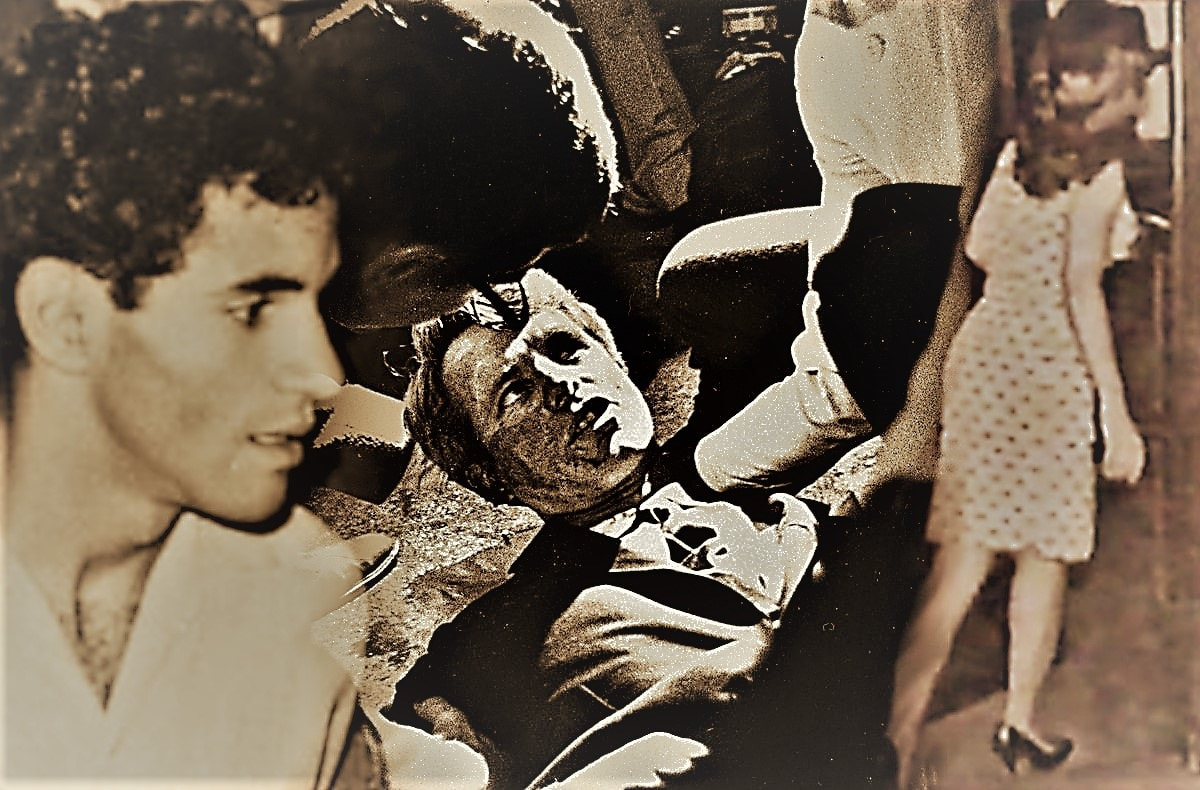 Another Fatal Night For The Kennedys

On 4th June 1968 Robert Kennedy officially became the democratic nomination for the race to the White House. He addressed his supporters just after midnight on the morning of 5th June in the Embassy Ballroom of the Ambassador Hotel, Los Angeles.

After Kennedy made his speech the original plan was to have him walk through the ballroom and then on to another part of the hotel, where he would address more supporters who had gathered there.

However partly due to limitations on time and partly due to journalists and reporters clambering for an official press conference, campaign aide, Fred Dutton decided at the last minute to forgo the second gathering and have Kennedy go through the hotel’s kitchen and pantry that ran behind the ballroom where they currently were, and go straight to the press room.

As Kennedy finished speaking and went to walk into the ballroom area, he was stopped and told, “No! It’s been changed. We’re going this way,” and the democratic nominee was guided on his new route.

Kennedy was very big on “personal contact” with supporters and regularly stopped to shake hands with people, just as he was doing that night as he was leaving the ballroom. His only security came in the form of an ex-FBI agent and two unofficial bodyguards who were former professional athletes. Although the secret service provided security for incumbent Presidents, they did not do so for candidates.

As Kennedy shook hands with seventeen year old Juan Romero he was shot three times, once in the head and twice in the torso. People clearly saw Sirhan step from near an ice machine and fire the gun before he was wrestled to the ground and disarmed.

Despite emergency surgery to try and save his life, Robert Kennedy died twenty-six hours later. The short video below features news footage of the incident.

Too Clear-Cut A Case?

The case for the prosecution was strong and clear-cut. On top of the notebooks and journals that they found with Sirhan through his writings all but admitting to his plot, they had a clear picture of his movements in the days leading up to the shooting.

On June 3rd Sirhan was seen at the Ambassador Hotel, apparently trying to become familiar with the layout of it. The next day he visited a local gun-range spending considerable time there.

The prosecution even managed to produce a witness who said that Sirhan told him personally that he planned to kill Robert Kennedy – one of his garbage collectors, Alvin Clark, who happened to speak to Sirhan in the weeks leading up to the attack.

The defence on the other hand argued that it was an “impulsive act of a mentally ill man.” However as the trial progressed, aside from Sirhan’s confession, the evidence clearly seemed to show the act was premeditated and calculated.

Sirhan Sirhan has since claimed that he has no memory of shooting Robert Kennedy, nor he claims, does he remember his confession or the trial itself. 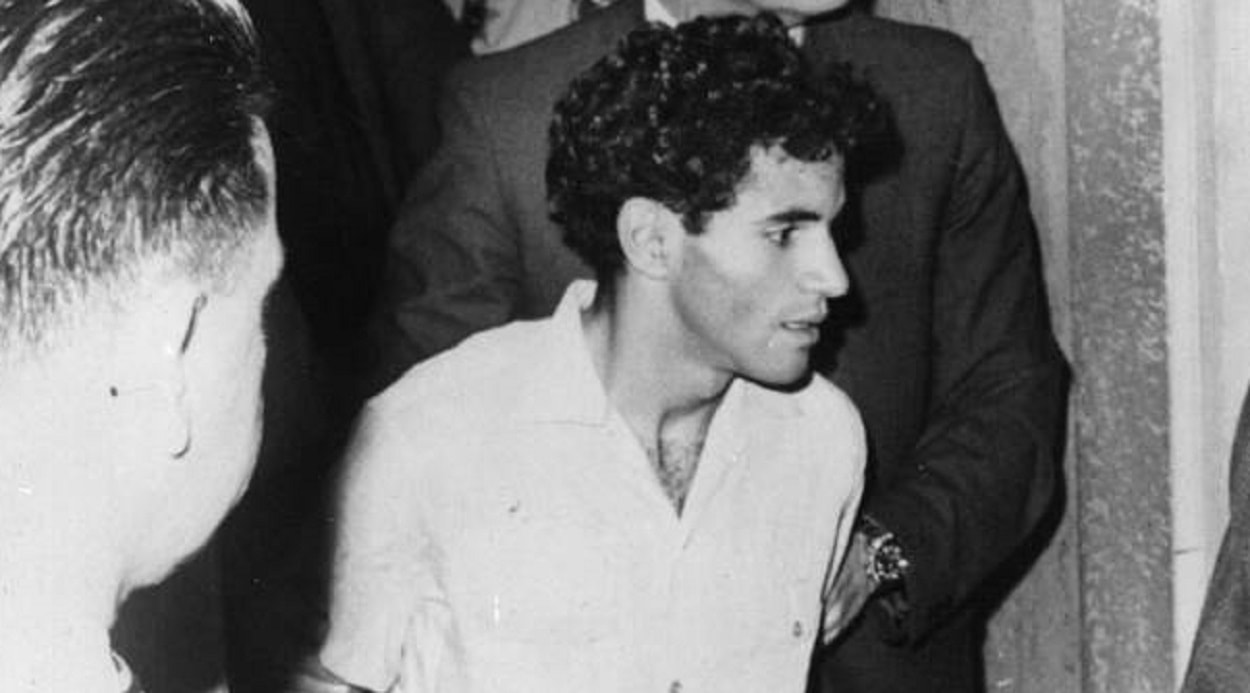 Sirhan SIrhan - officially the lone assassin of Robert Kennedy
Some claim that he is undoubtedly telling the truth and that he was in fact programmed to kill Robert Kennedy. He was brainwashed – essentially he was a Manchurian Candidate, but in real life.

Under hypnosis for example Sirhan responded, when asked who was with him when he shot Robert Kennedy, “Girl, the girl, the girl….” When news and video footage and such was examined, a girl in a polka dot dress can be seen quickly running from the hotel clearly saying “WE shot him!” It is claimed by those that believe Sirhan was under mind control, that this girl was his “handler”, basically the person that engineers and “controls” the subject.

It was also alleged in a 2006 BBC Newsnight program based on research by filmmaker Shane O’Sullivan, that there were several CIA officers present at the hotel the night Kennedy was shot. They weren’t there as security and they had no other business to be there. One of these was David Morales who had worked with the CIA as part of their anti-Castro drive.

In the program was an interview with Morale’s former attorney Robert Walton who claimed that Morales had said to him, "I was in Dallas when we got the son of a bitch and I was in Los Angeles when we got the little bastard."

Morales was known to have held deep resentment towards the Kennedy’s, mainly due to what he saw as John Kennedy’s betrayal over the Bay Of Pigs. You can read a little about that here.

Considering the circumstances and well documented theories surrounding the former president’s murder, it is a little suspicious that the same alleged people were also present when his brother was murdered in similar circumstances. Some claim that those that had reason to, feared that if Robert Kennedy should become President, he would soon uncover the truth behind the JFK assassination.

In fact some claim that a “second gunman” was used in the killing of Robert Kennedy, much as they did with his brother. They claim that the angle of the fatal shots could not have come from the gun that SIrhan fired.

Sirhan Sirhan, brainwashed as he was, was simply the scapegoat. The man who would take the fall.  The ruling on a re-trial with much of this evidence in mind is currently pending.

So what do we think?

The fact is, American intelligence was experimenting with mind control and hypnosis from the early 1950s according to released documents and numerous written accounts. The program is known as MK-ULTRA.

Does it exist and operate how some people claim it does? Well you make your own mind up.

The term Manchurian Candidate comes from the 1959 novel of the same name by Richard Condon. However like all novels, there were some elements of truth to the stories plot.

During the Korean War, there was evidence that US prisoners of war were subject to brainwashing by the communist regime, and “forced” into confessions to crimes that they simply could not have committed. While it seemed that they had achieved this more by use of violence and threats thereof, the American intelligence began looking into achieving this by use of hypnosis and drugs.

LSD was administered, at times so much as to induce the subject into a coma like state, at which point an endless loop of noise, commands and speech was played to them. The use of electroshocks was also said to be key in “breaking down the ongoing pattern of the patient’s behaviour.” 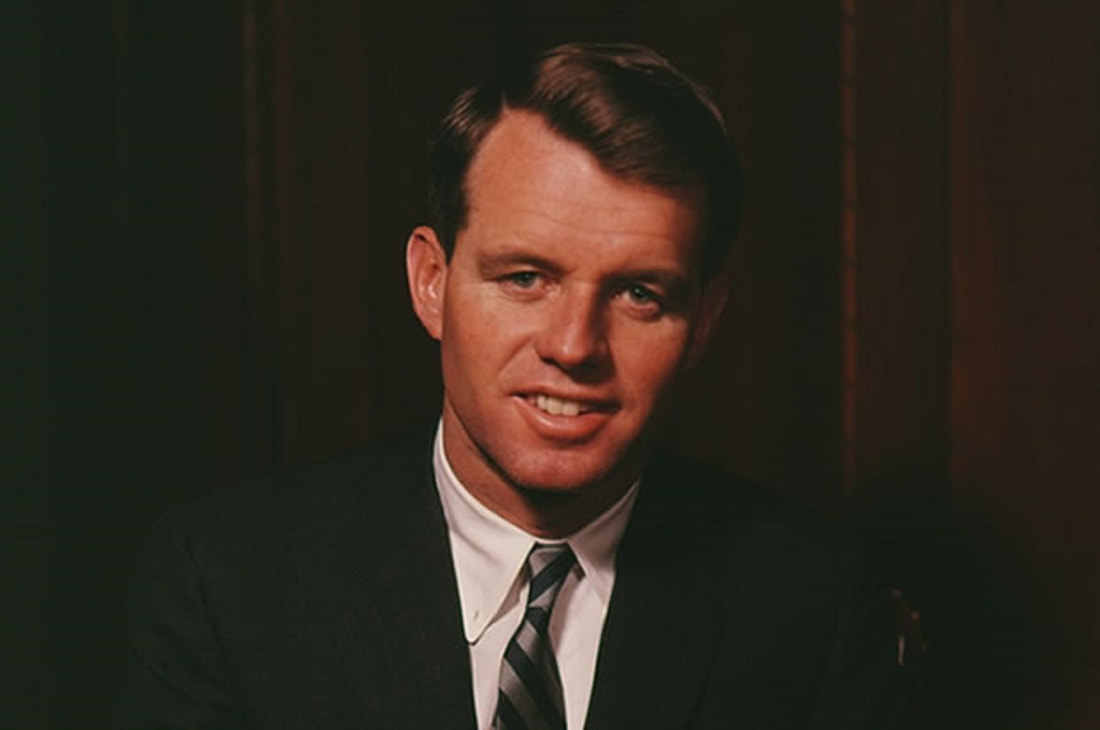 Robert F. Kennedy 1925-1968
At one point MK-ULTRA accounted for 6% of the CIA’s entire budget – that’s a lot of funding. The CIA claim that they did conduct research into the possibility of mind control, but they were never successful in achieving it. The secret program was eventually forced into the public light off the back of reporting by the New York Times in 1974, with the findings of the investigation being that the efforts did indeed prove to be “fruitless.”

Some though, are not convinced that is entirely true, and in fairness, it is understandable as to why.

By the mid-1970s the bulk of the paperwork for the MK-ULTRA project had been destroyed due to a “burgeoning paper problem.”

Also, in the early 1990s the body of a CIA researcher, Dr. Frank Olsen, who had expressed opposition to the program back in the 1950s and who had ultimately committed suicide, was exhumed. It was found that he had scarring and markings on his skull that were consistent with being physically attacked, perhaps even murdered.

Then in 1993, just days after being subpoenaed to testify about the Olsen death, ex-CIA director William Colby accidentally drowned to death.

It is widely accepted today that brainwashing and mind-control can be achieved, it is just to what degree and how proficient people might be at doing it. Maybe more frightening is, if there is any truth to the claims of mind control, brainwashing and programmed assassins, how often is it carried out, and on whom, by whom?

It isn’t just Robert Kennedy either. John Lennon, Jim Morrison, Martin Luther King, Yitschak Rabin, even Kurt Cobain have all been people who have been rumoured to have been killed by or themselves been under mind hypnosis. Check out the videos below for further viewing and information regarding the assassination of Robert Kennedy. 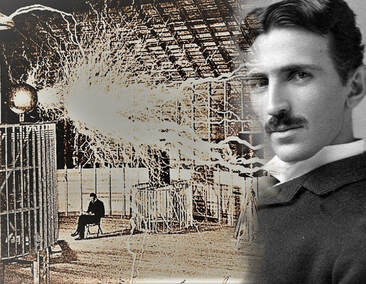 ​So Who Is This Tesla Chap Anyway?
We see and hear his name all the time, so actually was Nikola Tesla, and why is he so important still today?