Edgar Cayce, The Atlanteans, Lost Technology, And The Hall Of Records Under The Sphinx’s Paw?

Edgar Cayce made many predictions and statements regarding his visions of the past and the future during the course of his life. Many would prove to be extremely accurate, while others are quite mind-blowing.

Cayce was an American mystic and psychic, who while in trances could see visions from the past and the future, as well as of reincarnation. He even seemed to have the ability to heal the sick, the latter of which, despite his growing celebrity, was always stated by Cayce to be his most important work, and perhaps more importantly, if only for his credibility, was always free. You can read in more detail about Edgar Cayce here and also check out the official site here.

Perhaps among Cayce’s more controversial claims, if only because it flies against all that mainstream history tells us, is the insights he gave into the world and life of the inhabitants of Atlantis. And of their supposed preserving of the history of life on this planet dating back millions of years – the Hall Of Records. 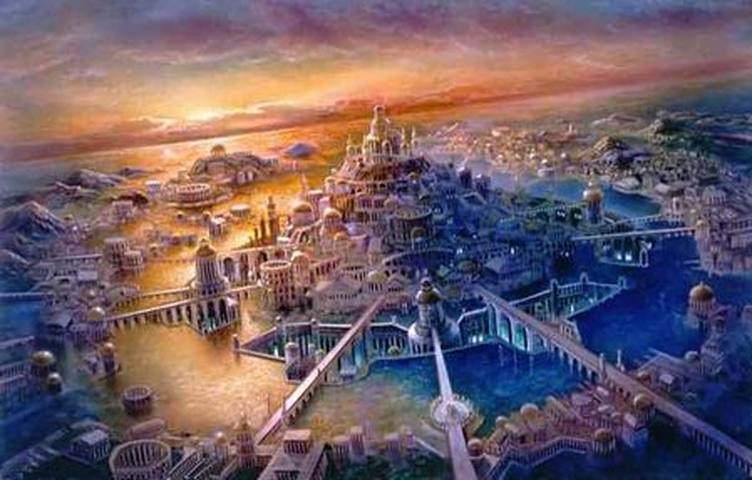 Did Atlantis really exist and were they technologically advanced?

Whether Atlantis did actually exist or is pure myth is open to debate for some – for others, in light of Cayce's claims, it is firmly truth. And the fact that Cayce has appeared to be correct before, not to mention what has appeared to genuinely be his miraculous healing powers, only confirms to them that Atlantis was very real.

Cayce claims that Atlantis had developed over many generations without any incidents of nature, war, or re-settlements. Partly because of this, they developed unhindered into a very advanced society, with technologies, that some say, we are only now re-discovering today.

In the paper Atlantean Technology: How Advanced? What Does The Evidence Really Show? by Frank Joseph, the argument is made that Cayce’s claims are not as unbelievable as they may sound.

Cayce told of how the Atlanteans had a “death ray that brought from the bowels of the Earth itself – when turned into a source of supply – those destructions to portions of the planet!” He also claimed that this “death ray” would be re-discovered within twenty-five years (it was 1933 when Cayce made these statements) – many believe that Cayce was referring to what we know now as lasers. He went on to state that the Atlanteans were “skilled in the application of the electrical forces and influences” and that they used “electrical powered devices” that could cut metals and rock.

Incidentally, in 1938 five years after Cayce’s statements, German archaeologist Wilhelm Koenig, while logging artifacts at the Iraqi State Museum, came across what would become known as the “Baghdad Battery.”

Koenig noticed a collection of 2,000-year old clay jars, that he thought looked like dry-cell storage batteries. He noted that the jars each had a copper cylinder that was capped at the bottom of the jar by a copper disk and then sealed with asphalt. He further wondered if this was not indeed some kind of ancient battery that would provide electricity.

Based on Koenig’s theory, a technician at the General Electric High Voltage Laboratory in Pittsfield, Massachusetts produced exact replicas of the jars and then tested out the theory by inserting an iron rod into the cylinder and filled the jar with citric acid. This created up 2.75 volts of electricity, so proving that the use of electricity could have been achieved in ancient times and that the “Baghdad Batteries” really could be exactly that.

Also of interest here is that similar components of copper and the presence of acids in the long tunnels that lead deep into the great Pyramids of Giza (one of the places where the people of Atlantis are said to have fled) have led many to believe that the Pyramids were, in fact, an ancient power station of sorts – especially when you figure that the nearby River Nile would be the ample water supply that would be needed. Were they built in this location with that in mind?

In fact, Cayce said quite clearly that it was not just simple electronic devices that the Atlanteans used, but that they could truly harness power and energy. According to the mystic, “they had the use of sound wave – the manner by which light was used as a means of a communication” and they had and used “elevators of connecting tubes that were used by compressed air and steam.”

The society itself was greatly advanced, both technologically and culturally and had a complete understanding of science and the arts. Cayce further claimed that the basis of the Atlantean society was the understanding of crystal power, and how the energy harnessed from this could be channeled through the “forces of nature” to serve human needs. Today, in modern times, we are discovering not only healing and energy benefits of various crystals but also the ability to store data on it. Are we catching up with lost technology?

Perhaps the most contested claim, even more than the use of electricity, was that the Atlanteans had the ability, through various machines, of flight. One of these, in particular, Cayce stated, was airships made of “elephant hides” that were “made into containers for the gases” and that these airships could “not only pass through that called air, or that heavier, but through that of water.” Incidentally, Plato mentioned that elephants were in abundance on Atlantis in his writings thousands of years earlier.

Although most would not take Cayce at his word on this, there is compelling evidence to suggest that the ancients did achieve flight, with even some mainstream researchers and historians noting it is genuinely possible for example that the Peruvian balloonists may have indeed surveyed the Nazca Lines from the air 2,000 years ago. There are reports of flight in Ancient Greek records going back to the fifth century BC – a leather “kite” of sorts could carry a young child through the air, and that these were actually used by Greek armies in what we would call today, aerial reconnaissance. The ancient Hindu texts speak openly and in great technical detail of Vimanas – flying machines of their times.

Another discovery that lends a little credence to Cayce’s vision of Atlantis and in particular their ability to "fly" was made in 1898 in the Upper Nile Valley in an Egyptian tomb near Saqqara. It was labeled as a bird until, in 1969, Dr. Khalil Massiha, noticed that the “bird” resembled a modern-day airplane – it’s “wings” were straight and the back seemed to have a tail-fin. Although it is known as “The Saqqara Bird”, many believe the object that the model was made from in ancient times may have really flown, carrying people or produce with it.

The Hall Of Records - A Record Of The Antediluvian World?

Incidentally, the "Saqqara Bird" was dated around the beginning of the Pharaonic period, so suggesting that if it does indeed represent a “flying machine” that this technology was present right from the beginning of the Ancient Egyptian civilization. Was it brought there by the Atlanteans? The wooden model of a working glider in the Cairo Museum suggests that the Ancient Egyptians understood the principles of flight and aerodynamics at the very least.

So what happened when disaster did finally strike Atlantis? How did it all go so terribly wrong?

Cayce stated that for all of their intelligence, the Atlanteans became a self-indulgent people in their material wealth and were blind to the fact of their continued mining for materials and it's effect on an already unstable plate in the Atlantic region. This it seemed forced nature to restore the balance somewhat and ultimately caused their downfall – incidentally, this sounds eerily familiar to aspects of our modern life, right?

He stated that the plate activity essentially swallowed up the massive island, dragging it’s citizens to their death’s at the bottom of the Atlantic. According to Cayce the very few groups of Atlanteans that did escape the disaster fled on different routes across the globe, with most refugees arriving in Egypt, carrying with them all they could save and preserve of their glorious and advanced existence (some it is claimed made it as far as South America).

The rescued knowledge was said to be preserved in a total of three Hall of Records – one was said to be underwater in the Bimini area, the other was alleged to be in Yucatan area possibly near the ancient Maya city of Piedras Negras in Guatemala. The main Hall of Records though, Cayce claimed, was under the paw of the great Sphinx – and held the knowledge and history of the world from the very beginning of time, including the entire records of the people of Atlantis.
Seismological studies in 1997 by Joe Jahoda and Dr. Joseph Schor have since revealed that there does appear to be an empty space under the paw as Cayce had indicated. And that this space is “perfect” in its design, 90-degree angles and rectangular proportions. This would suggest it is not a “natural” space, but man-made. Cayce would have had no knowledge of this when he made his claims.

In the early 2000s, two French archaeologists claimed to have uncovered hidden chambers and entrances to them in the Great Pyramid of Khufu. They theorized these entrances to the chambers may lead to tunnels and ultimately to the Hall of Records.

Permission to excavate and investigate under the paw or at the "discovered" tunnels, however, has been denied on numerous occasions, leading many to further question, what exactly is under the paw and is it the great Hall Of Records that Cayce told of in 1933?

More recently, it has been suggested that the Sphinx is a lot older than mainstream historians claim it to be, with the dating matching the time when Atlantis supposedly fell.

American Geologist Robert Schlock investigated water corrosion on and around the Sphinx. His finding suggested that the limestone had been corroded over a period of hundreds, maybe thousands of years of rainfall slamming against the rock. However, this part of Egypt had not experienced any prolonged rainfall to do this for over 10,000 years – leading him to believe that the Sphinx is arguably at least 12,500 years old, if not older. 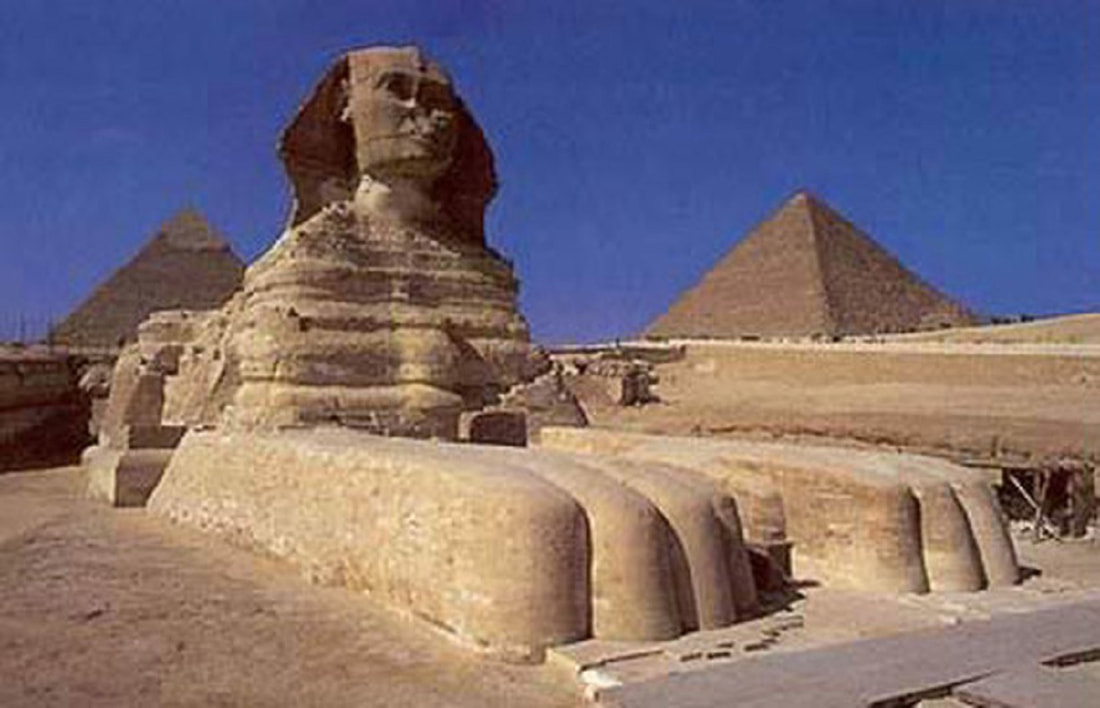 More recent studies suggest that the Sphinx is over 12,000 years old.
Could the Atlanteans have built the Sphinx, with their remaining technology? Does that explain how it and the Great Pyramids were built? Even today with the computer technology and heavy machinery that we possess, we can’t accurately and with absolute certainty explain or demonstrate how they were built. Ironically, one of the records claimed to be contained in the Sphinx is said to explain the “art of pyramid building.”

Could the Atlanteans have “kick-started” the Ancient Egyptian civilization, one of the greatest civilizations in our history? And what of the Atlanteans themselves? Where did they come from and how exactly did they become so advanced? Is it possible they were even they the last remnants of the Anunnaki? And if that is true, then what does that say about us today and we ultimately came from?

Check out the short video below - a little bit of information about Edger Cayce and some of his predictions. You will also find a little more in-depth reading here about Cayce's "visions" of Atlantis and the Sphinx. 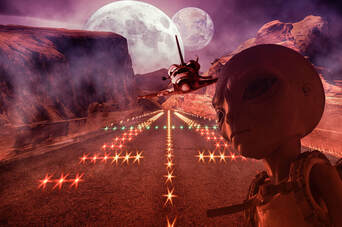