Teleportation, Abduction Or Something Even Stranger? The Bizarre Mist Vanishings!

Disappearances happen every single day, all over the world and they have done for decades, indeed, centuries. There are a plethora of reasons, theories and claims as to what is behind these disappearances, ranging from the outlandish and fanciful, to the outright dark and disturbing.

​We have written before, for example, of the many children going missing around the world. More recently we spoke about the finds of mass graves belonging to children in Scotland and Ireland, as well as some of the claims made by people as David Icke and former FBI Director, Ted Gunderson, of satanic ritual abuse and the lengths that are gone to cover up such activities. Certain areas such as the Bermuda Triangle, or in terms of disappearances on land, the Bennington Triangle, are also synonymous with such disappearances. 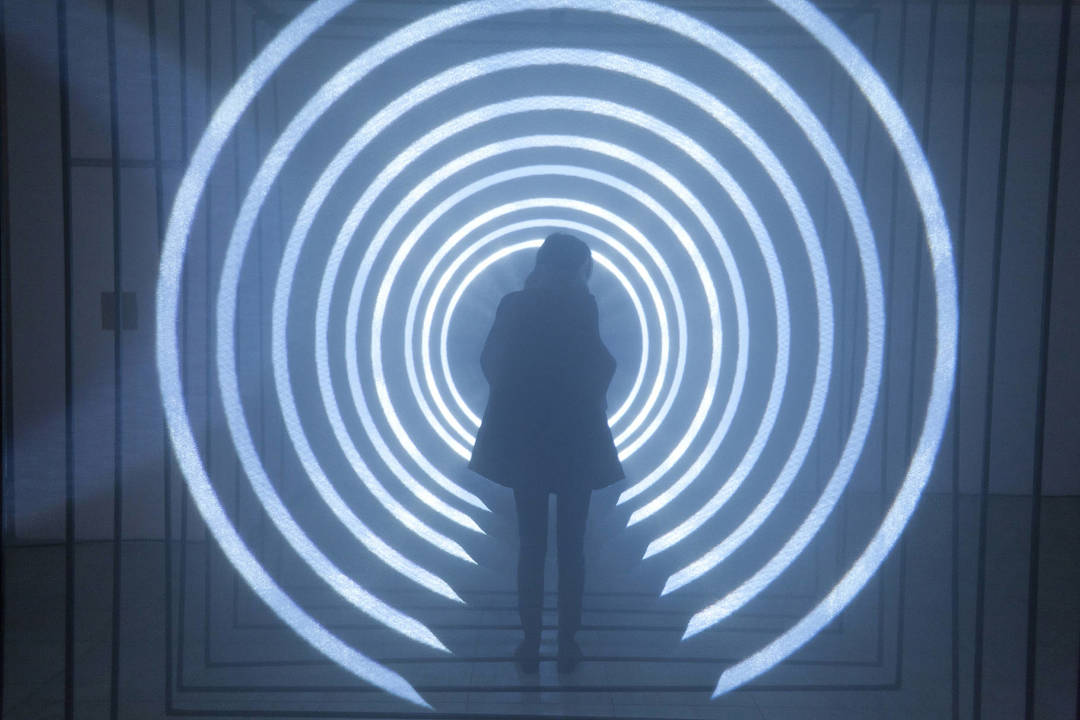 In short, while there is no doubt many tragic random cases of abductions at the hands of impulsive predators of the human variety, overall, when looked at over the course of history, there appears to be quite a case for further study into the amount of people who have simply vanished off the face of the planet.

Some of these cases have resulted in people being “transported” hundreds of miles away in a matter of moments and without memory of any kind of journey, and more importantly to this article at least, they all involve a strange cloud-like mist that appears out of nowhere and wraps around its target. Perhaps more chilling, as we will look at shortly, this strange mist would appear to be responsible for not just the disappearance of individual pilots but an entire legion of soldiers.

​Before we look at some of these cases in more detail, check out the videos below that look at the subject of teleportation in general.

What's So Special About Bahia Blanca?

Although the exact date is not known, sometime in 1959 in Bahia Blanca, a small city in the southwest of Buenos Aires, Argentina, an influential businessman, travelling back from the nation’s capital made the decision to spend the night at a hotel and continue his journey home the following morning. It would be a journey like no other.

The following day, the business man checked out of the hotel and as he was about to set off, something extremely strange transpired. According to his later reports, a strange, cloudy, mist began “enveloping the whole car!”

He wasn’t sure if he had blacked out or not, but it seemed as though an instant later he was stood, alone in the middle of the countryside. He could not see his car, nor the hotel or any of the surroundings that had been there only moments earlier.

A little confused, the man quickly made his way to the roadside near where he stood and hailed down a lorry heading towards him. The heavy duty vehicle pulled over obligingly, but when the businessman asked if the driver could take him to Bahia Blanca, he was informed that he was currently over one-thousand kilometres from his desired destination, in Salta.

A quick glance at his wristwatch showed the businessman that only a matter of minutes had passed since he had checked out of the hotel and gone to begin his journey. The lorry driver drove the stranded gentleman to the nearest police station so that he could make a report to authorities in an attempt to locate his car and try to gain an understanding as to what had happened.

When police contacted the hotel where the businessman had stayed, not only did they confirm that he had, only a matter of minutes ago, checked out of their establishment, but when they were given the businessman’s car registration number, they stated the vehicle was outside of their hotel, with the keys in the ignition and engine running.

​The account came to the masses via Flying Saucer Review, whose Argentinian correspondent, Oscar Galindez, had made available to them. You can read a little more about that here. 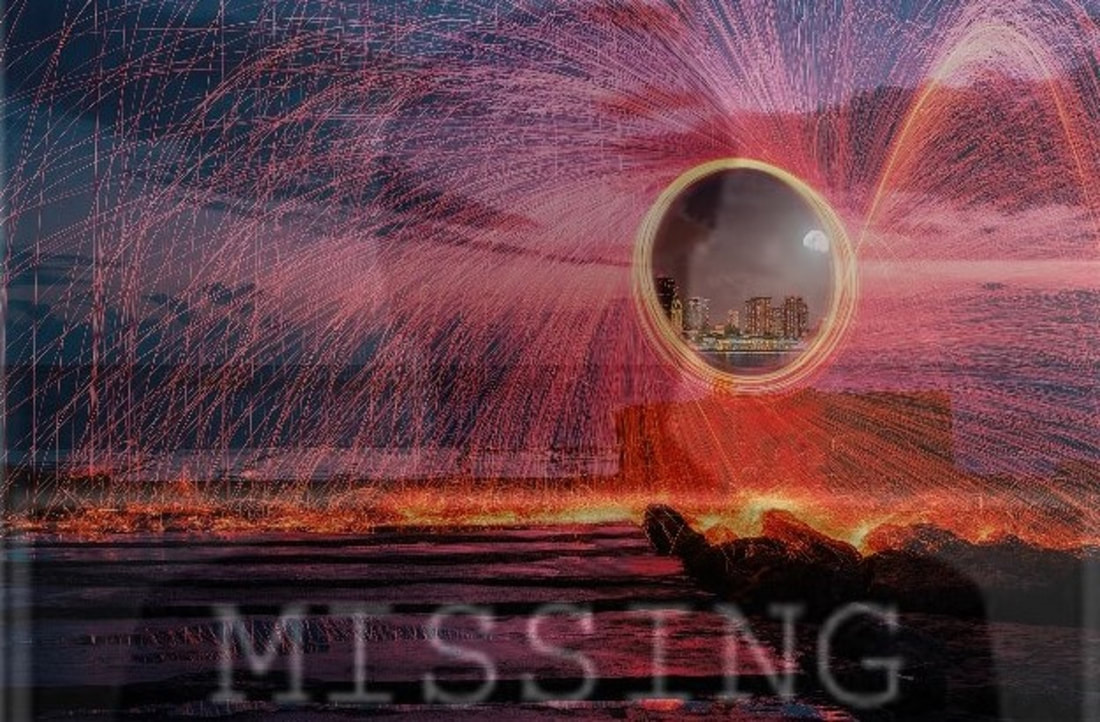 More people disappear each year than we might think!
It is certainly an interesting account, not least as to the best of anyone’s knowledge, no explanation was ever found for the bizarre incident. Almost a decade later in May 1968, also in Bahia Blanca, Dr. Gerado Vidal and his wife were driving on the outskirts of the city. Both would report that, out of nowhere, a strange cloud-like mist suddenly wrapped around the entire vehicle. It was so thick, Videl could no longer see the road (or anything) outside of the moving car.

Both he and his wife must have lost consciousness (they theorised later) as when they awoke, two full days had passed and the car was on a strange roadside in Mexico – thousands of miles away. Like the unnamed businessman a decade earlier, no explanation has ever reached as to how and why  they had seemingly travelled such a long distance with no memory of having done so – not to mention having enough petrol in their car to make the journey.

Around three months later on 4th August 1968, another bizarre case of a strange transporting mist surfaced, again in Argentina, this time in Cordoba. Graciela del Lourdes Cimenez, an eleven-year old girl, was playing near her home when out of nowhere:

“….a white cloud, like mist, appeared on the front path. It gradually came towards where I was, and then I could no longer see the other houses, and I couldn’t move!

She would tell reporters of the local newspaper that she was not sure what happened next, but suddenly she was “……on a square where there were lots of people and lots of little boys!”

​Unsure what to do, or indeed where she was, the young girl knocked on the door of a nearby house, who, equally unsure what course of action to take, decided it best to contact the local police in the Plaza Espana – many miles away from the girl’s home.  ​ 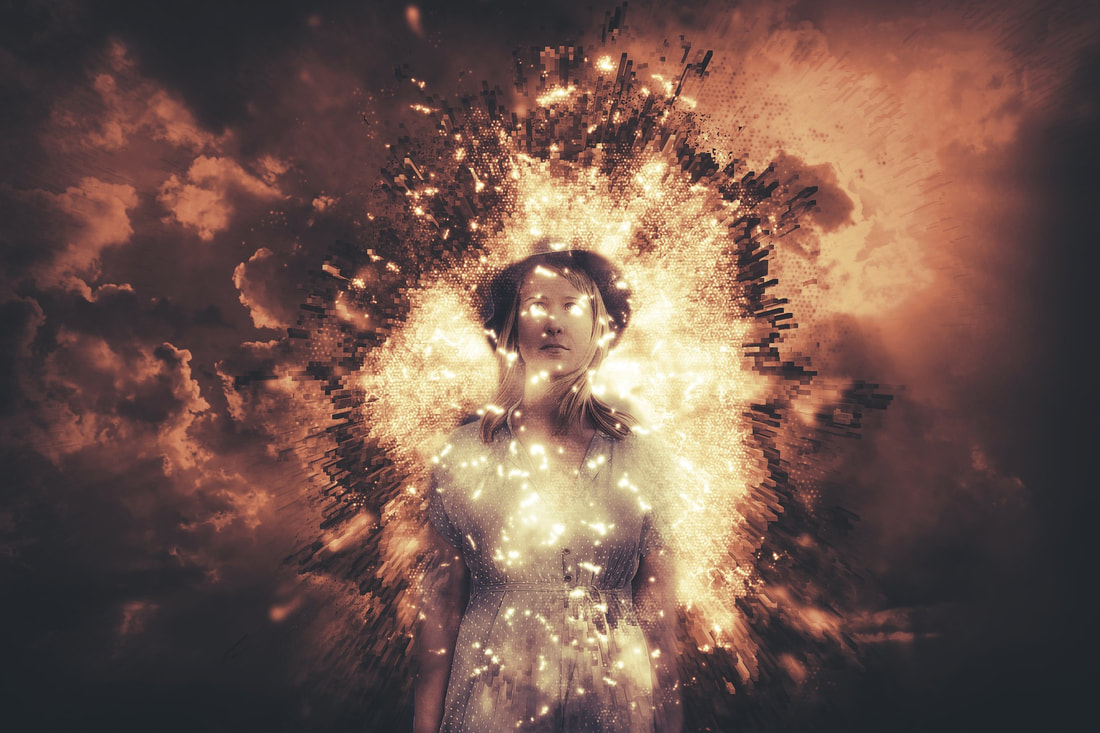 Permanent And Fatal Disappearances From History!

These are just some of the strange disappearances associated with cloud-like mist. However, whereas each of the above lived to tell their tales, others it would seem, have not been so fortunate.

Fighter pilot, Commander J. Baldwin would vanish in full view of his fellow pilots as he flew into a strange cloud over Korea during the Korean War. His squadron would repeatedly search the area but could find no sign of their colleague or his plane.

In 1915, in the early months of the First World War, a hundreds strong regiment of the British Army would disappear after walking into a strange “brown cloud that hugged the ground in their path!” When the mist lifted and “flew away against the wind” there was no sign whatsoever of any of the men. You can read a little more about similar incidents here.

​The previous year in March 1914 in the skies over Chile, First Lieutenant Alejandro Bello Silva, while taking part in a qualifying examination disappeared as he flew into a strange cloud formation. Neither he, nor his place were ever recovered. You can read a little more this here, and check out the video below that looks at the aforementioned British Army regiment that vanished in their entirety.
So, what should we make of these accounts of apparent teleportation associated with a strange, cloud-like mist? The fact they have happened all over the planet, seems to make the idea of a naturally occurring portal a little less likely.

And what about those who did not surface somewhere else on the planet, but are still missing? If we are talking teleportation, then did these apparently unlucky souls materialize somewhere on Earth so barren and inhospitable that their chances of survival and discovery were practically zero? Or were they perhaps transported to another place in the universe? Maybe even another dimension, the likes of which we can only imagine.

The fact that these disappearances appeared to be “targeted”, in that a whole group of individuals were not always caught in them (the businessman for example), may suggest intent and intelligence. Should then we associate these accounts with UFO sightings? If so, are these not cases of teleportation but abduction? We have written of the accounts of John Day and the Mann family, both of whom spoke of a “strange mist” enveloping them prior to their apparent abduction. Stella Lansing also often spoke of a mist that would emanate from the orbs she captured on camera.

Perhaps it is not too much of a reach to say these types of incidents are still happening today? Check out the videos below that explore both the idea of teleportation and the numerous people who have vanished in mysterious circumstances. 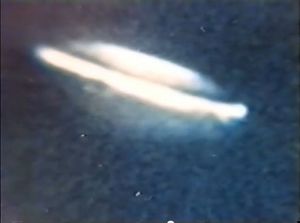 The Chilling And Bizarre Images Captured By Stella Lansing
Before she began capturing them on 8mm film, Stella Lansing had many UFO sightings. However once her films were analysed, it appeared she had captured images unseen to the human eye, possibly even images from another dimension.......