The Akashic Records And Claims Of Astral Projection

Many people who have been involved in serious and traumatic accidents, or who are brought back from the brink of death, speak of having had an out of body experience.

Some people however, believe they can go further than just float above their body, and what’s more, a lot believe they can achieve this through sheer will alone. The “science” of astral projection is a fringe belief no doubt, but it is being increasingly studied, with the hope that if we can fully understand this ability, then it could be used for a whole variety of “everyday” purposes, as well as beginning to answer the question of “the soul” and life beyond death of the physical body.

Perhaps best known of those who have claimed to have achieved this feat is American mystic and psychic Edgar Cayce, who was a controversial figure to say the least. He made many claims of knowledge from the forgotten past, as well as predictions of the future. He claimed his mysterious knowledge was obtained from the alleged Akashic Record – an alleged knowledge bank of sorts that exists in the astral plane.

It is said that every thought, idea, word spoken, every action and reaction is recorded here – literally a non-physical database of the entire history of the universe; almost a collective consciousness. Akasha is a Sanskrit word that translates to “sky” or “space” and has been described as a library in the stars. Whether this non-physical plane exists or not is open to debate – you can read more about it here.

​Cayce stated that he would leave his body after going into a trance in order to access this ancient information.
He wrote about it numerous times in his journals and accounts, saying that he saw himself as nothing more than a small dot following a bright beam of light. Perhaps bizarrely, Cayce also spoke of being aware of “beings” trying to get his attention while he “travelled”, stating that he would never acknowledge or speak to them as this would result in him becoming trapped and unable to return to his body.

The Akashic Records are like a "library" in the stars.

Early Twentieth Research - The Rediscovery Of A Lost Art?

Sylvan Muldoon described this experience in a similar way to Cayce. He claimed to have had hundreds of astral projection experiences, and wrote about them extensively in his 1929 book, Projection of the Astral Body. He described being connected to his physical body by a “silver cord” that he also believed carried the air to his astral body – much like an umbilical cord does for unborn babies in their mother’s womb.

One particular out of body experience he tells of, is when he found himself in a woman’s home, watching her as she was sewing. By pure chance several weeks after the experience, he noticed the young woman on the street and approached her to introduce himself. He told her of his experiments with astral projection and went on to describe to her, in great detail, the inside of her home from what he had seen when his astral body had travelled there. Far from being concerned, the young lady and Muldoon became close friends, and she even went on to assist him in his further experiments. He can read more about Muldoon's experiences here.

Attila von Szalay also had another person record his astral projections. Not only was von Szalay a talented photographer, he was also an apparently “gifted” psychic, who stated that his paranormal abilities, including the ability to astral project, simply happened to him “out of nowhere” while he was a young man.

Respected psychic researcher, Raymond Bayless, documented much of von Szalay’s experiences. In his book Experiences of a Psychical Researcher Bayless wrote that one day while at home, he caught a “movement” out of the corner of his eye. When he turned his head in its direction, he was presented with a “shadow”, approximately the size of an adult, in front of him. He saw the shadow move freely through the room, before leaving through an open door.

Bayless excitedly left his home, heading to von Szalay’s residence to tell him of the strange experience. Upon arrival he began to tell his tale, only for von Szalay to interrupt him by saying, “You saw me!” He then went on to describe Bayless’ home in detail much to the researcher’s amazement.
Scholar and psychic, Dr. Alex Tanous, named his astral body “Alex 2” and claimed that he had complete control and command of it. His experiences also suggested that “a physical” or “residue” body may literally leave the physical one, in a similar way to von Szalay’s “shadow” presence in Bayliss’ home.

His ability was put to the test by Dr. Karlis Osis, a fellow respected scholar in the parapsychology arena. While Dr. Tanous was sat in one room, an optical illusion device that displayed different images was placed in another room four doors away. Using his ability, Dr. Tanous was to leave his body and astral project into the room with the device in, and name the images that were displayed. A strain-gauge was also set up to monitor any “changes” around the device. According to the report, as Dr. Tanous gave correct answers, the gauge registered significant activity in the room, despite no-one being present in it.

​Dr. Tanous was also said to have left his body during sleep, with one particular occasion reported in the book ESP, Hauntings and Polergeists by Loyd Auerbach, where he wrote of having a conversation and tea with Dr. Tanous in his home in Canada, while Tanous’ physical body was fast asleep in bed in New York. 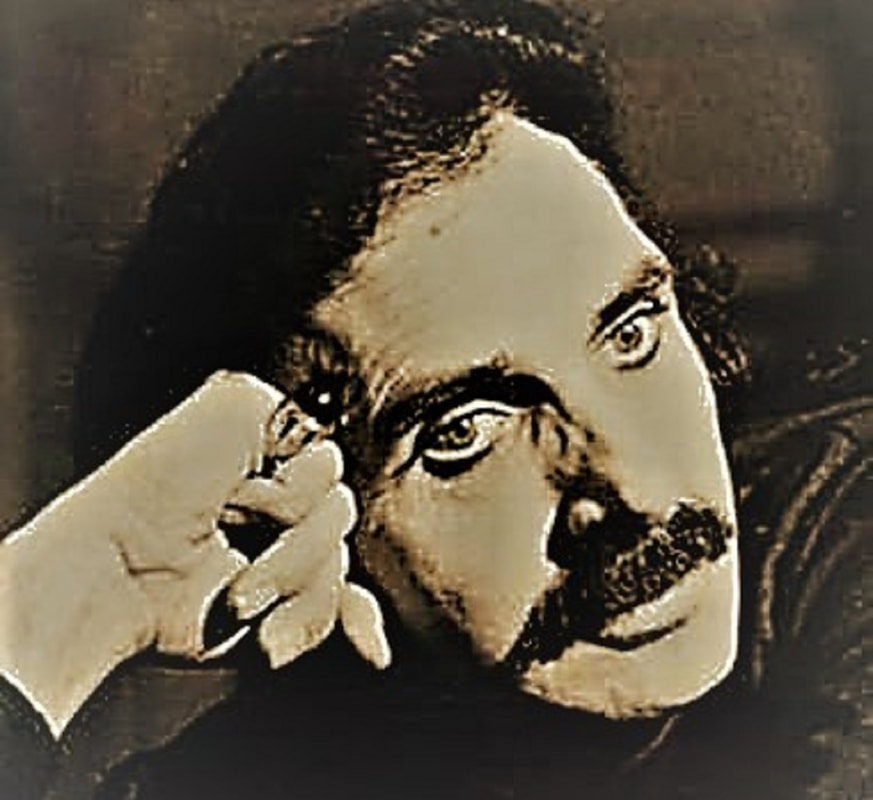 Out Of Body Experiences And Brutal Journeys Into The Supernatural Plateau

​Today, there is an increasing number of mainstream scientists who are looking to research astral projection.
According to researchers at the University of Ottawa, a volunteer came to them stating that she could “will herself” out of her body. The unnamed twenty-four year old woman claimed she had been able to do this since she was a child, particularly during “sleep time” when she was bored. Instead of napping she would force herself to leave her body and “float around” above it, able to travel where she pleased.

Scientists conducted tests on the young woman, including a functional magnetic resonance imaging of her brain as she was apparently astral projecting and leaving her body. Perhaps surprisingly, they noticed that there was a “strong deactivation of the visual cortex”, while her left side of her brain, particularly those areas normally associated with kinesthetic imagery, appeared to be considerably more active.

As a child the young woman simply assumed that everyone could leave their body. It was only after she attended a class on out of body experiences that she realised this was not the case, which prompted her to volunteer herself to the university. You can read about this in a little more detail here.

Not all experiences however are recalled with such enthusiasm. There are some for whom the experience has been terrifying, even dangerous.

Robert Bruce has studied cases of astral projection for over a quarter of a century and has looked at hundreds of incidents. During that time he has drawn some interesting comparisons to sleep paralysis and if the phenomenon might be the “in-between” moments where the astral body is returning to the physical one.

One young lady, referred to as “Ms. E”, reported to Bruce that she could see her physical body, but was unable to control it or return to it, while in her astral body she was fully aware and even had the ability to see all around her at once.
Another lady, “Ms. P” spoke of similar feelings. She stated that she usually astral projected at night during her sleep. Suddenly her dreams would bring a physical sense of “vibration” to her, which even in sleep would fill her with fear. Rather than allowing her astral body to float away, “Ms. P” usually made all efforts to return to her body, which she says would be paralysed beneath her until she managed to awaken. You can read about Robert Bruce's cases in more detail here. 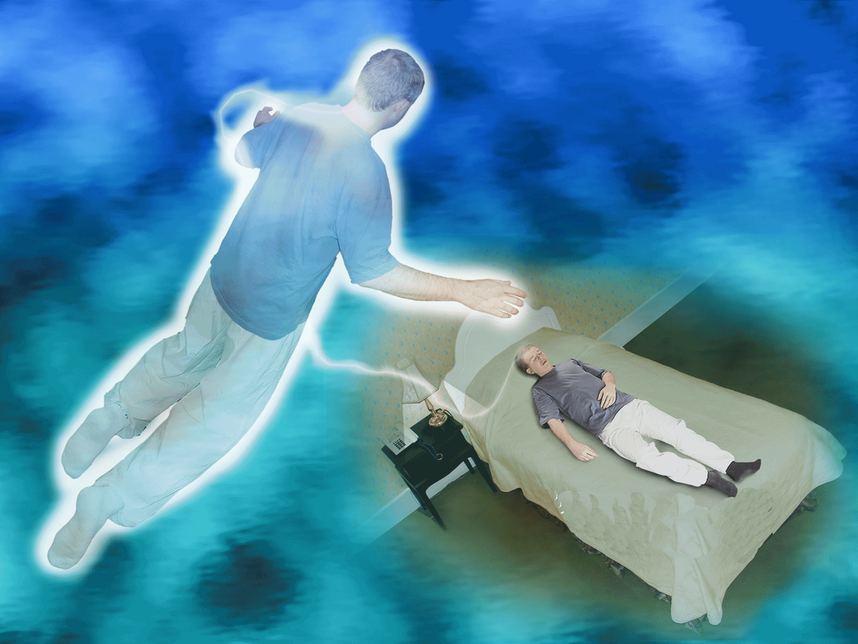 In a 1968 edition of the Journal of the American Society for Psychical Research the study of “Miss Z” was published – a young woman who had “spontaneous” experiences of astral projection. She had experienced the phenomena since she was a child, and while for the most part she could recall floating above her bed for a few seconds, on at least one occasion she recalled not only travelling much further, but it seemed that she was “in somebody else’s body!”

She had “awoken” to realise she was on a street in the town where she lived. It was mainly deserted aside from someone who appeared to be following her. She also had a feeling of terror in her that she couldn’t explain. She realised that she was wearing clothes that she didn’t own – in particular a checked skirt. It was at this point she realised she must be seeing things from inside someone else. She continued to walk, while the person behind her continued to follow.

This person eventually caught up to her and she suddenly awoke in her bed unharmed and thought that maybe it was just a dream after all. However, the following day a story appeared in the local newspaper that told of a brutal rape and murder of a young woman who had been found dressed in, among other things, a checked skirt. Her body was discovered where Miss Z had been “walking” the previous night. You can more about the study of Miss Z here. 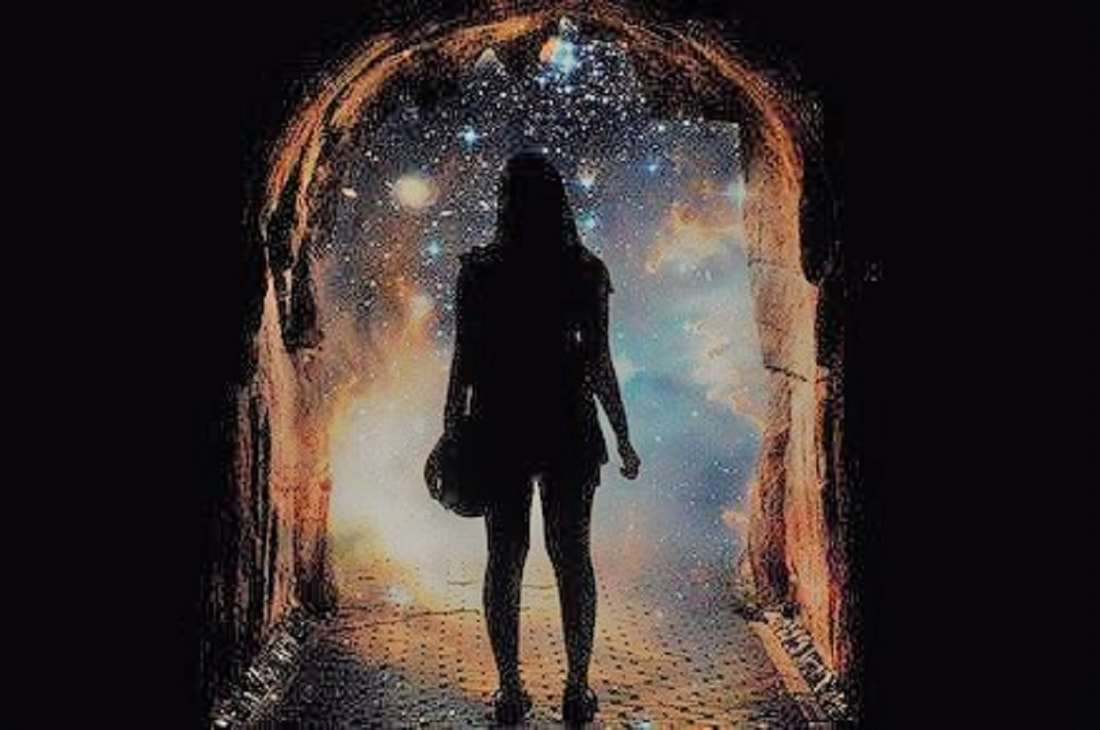 Almost two decades later another young woman, Erin Pavlina claims she had been purposely attempting to leave her body for three years before she successfully managed to do so, and she almost immediately regretted it. This particular evening she awoke to an “intense tingling” throughout her body – similar to a mild electric shock. Although she was uncomfortable, she was not experiencing any pain. She stated her eyes were closed, yet she could see perfectly well. She referred to this as “dual consciousness” and that her body and her “self” were two separate entities – and that she could feel both.

As she began to feel her astral body leave her physical one, she became aware of “others” in the room with her, and for the first time in the experience, she began to feel afraid. All her attempts to wake herself failed, and it felt as though her astral body was being physically “tugged” away from her physical form, as if the “others” in the room were trying to prevent her from re-entering her body. When she did manage to return to her physical form, she sat upright and turned on the light – now afraid to go to sleep.

She experienced several more nights such as this one, and quickly came to the conclusion that the “others” she had felt in the room, were evil entities who were intent on taking her “soul” in order that they may possess her physical body. You can check out Erin Pavlina's website here.

Whether astral projection is real and achievable or not is open to debate, as it whether or not it is advisable to attempt to do this. Check out the video below which is footage from the early 1980s of Dr. Alex Tanous. 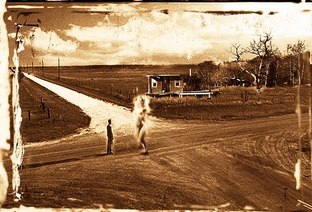 ​Monsters, Witches, Voodoo And Aliens – Legends And Folklore Of The American South
The southern states in America have a culture almost of their own. They also have some of the most interesting and strangest legends and folklore in the world....