The Big Grey Man Of Ben Macdui – A Scottish “Big-Foot” Or A Supernatural, Paranormal Energy?

The Big Grey Man Of Ben Macdui - Pronounced Am Fear Liath Mòr in Scottish Gaelic – is said to be a “creature” that “haunts” Ben Macdui, the highest peak of the Cairngorms and the second highest mountain in Scotland and the United Kingdom.

To some the "Grey Man" is a Scottish “Big-foot” or “Yeti” type creature and this would certainly tie in with the legends of similar creatures elsewhere in Europe, sometimes called Wudewas or 'Wood Men', that date back to the thirteenth century. You can read the Wikipedia entry on the Wudewas here.

To others though, what haunts Ben Macdui is not so much a creature, but a presence or an energy.

​In 1925, at the twenty-seventh annual meeting of the Cairngorm Club in Aberdeen, Scotland, Professor Norman Collie (an experienced mountaineer) stated that while climbing Ben Macdui alone in 1890, he heard what he believed to be “The Grey Man” behind him.

He claimed he was returning from the cairn on the plateau down the mountain when he heard footsteps “crunching” in the snow behind him “as if someone was walking after me but taking steps three or four times the length of my own!”

He tried to ignore what he told himself was his imagination when suddenly his emotions seemed to control his actions.

“I was seized by terror and took to my heels,” Collie told, stating that he simply staggered blindly down the mountain for four or five miles until he was in the woodland below. 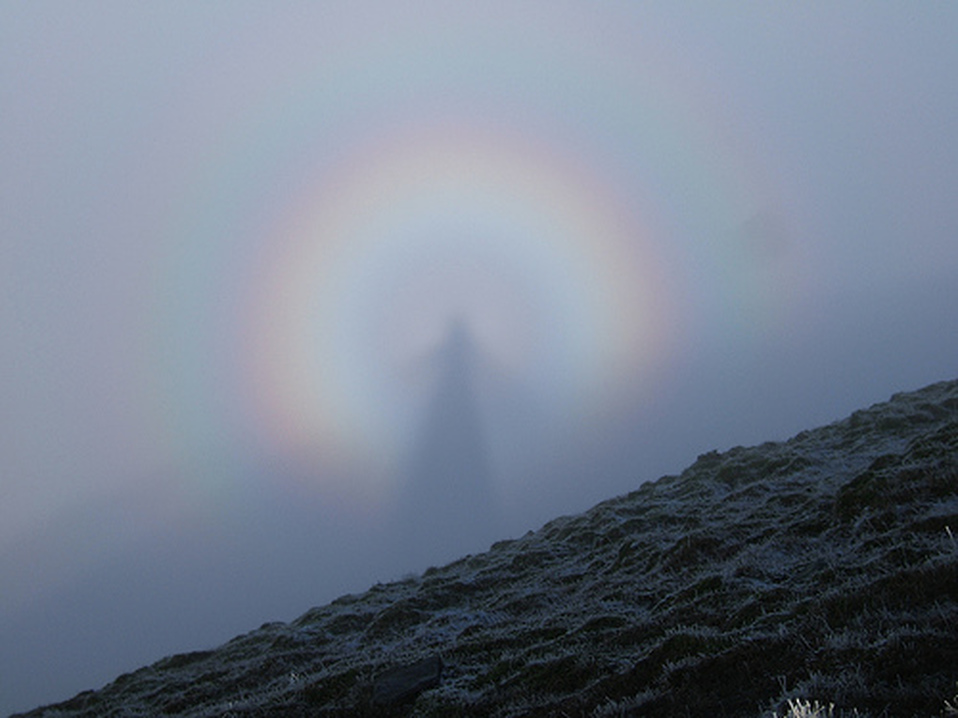 The Big Grey Man of Ben Macdui - real or optical illusion?
A similar story was told by Peter Densham, who was in command of search and aeroplane rescue work in the Cairngorms during the Second World War.

While on one of these missions in May 1945, Densham stated that he was near the cairn and was sat resting and eating while observing the view of Ben Nevis when out of nowhere “the mist closed in” and strange noises could be heard – which Densham put down to the “expansion and contraction” of the rocks.

Suddenly he said he felt as if “someone was near him” and there was a cold sensation as well as a sense of “pressure” on his neck. He also noticed what sounded like “crunching footsteps” coming from the cairn.

He stated that he was “not in the least bit frightened” and went towards the cairn to see what the noise was. As suddenly as the feeling of someone being nearby came over him, did the feeling of terror and panic, and almost against his will he was running towards Lurcher’s Craig (which has a sheer drop) as if “someone was pushing me!”

He eventually managed to control his course and then proceeded to run back down the mountain and away from the cairn.

That was not Densham’s only strange experience on Ben Macdui – on another occasion he was on the mountain with fellow climber Richard Frere as they were searching for a crashed plane. In the book Are We Surrounded By Aliens? by Damon Wilson, Densham told that they were sitting close to the cairn when he suddenly thought that Frere was talking to himself and upon investigation found he was in fact talking to “someone else.” Densham would claim:

“I went round (to where Frere was) and found myself joining in the conversation. It was a strange experience that seemed to have a psychic aspect. We talked to someone invisible for some time, and it seemed we had carried on this conversation for some little time when we suddenly realised that there was no-one there but ourselves. Afterwards, neither of us, strangely, could recall the purport of this extraordinary conversation!” 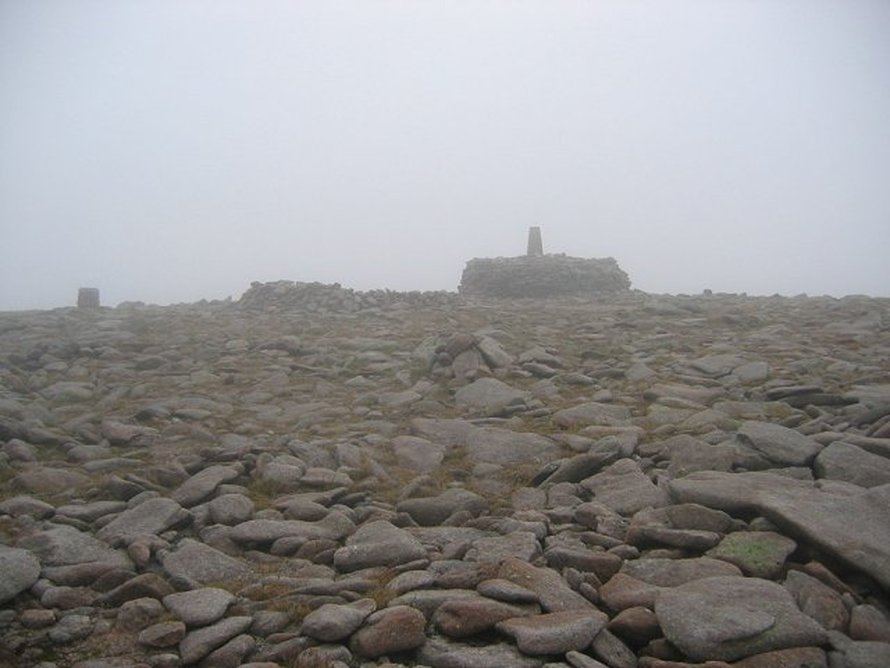 The summit of Ben Macdui - is the ground itself haunted?
In his book The Big Gray Man Of Ben Macdui author Affleck Gray spoke to Frere. Although he couldn’t recall the event described by Densham, he doesn’t doubt there is something strange on the mountain and described Ben Macdui to Gray as “the most mysterious mountain I have ever been on!”

Frere told Gray of when he had climbed Lairig Ghru, above Ben Macdui and was sat enjoying the view. Out of nowhere, he found his train of thought taking a “weird and disagreeable” turn. He decided to leave where he was but he soon began to feel a sense of “deep depression and apathy” before he felt the certainty that he was not alone and someone was close by - a sensation that he described as “utterly abstract but intensely real!”

Frere also stated that he was aware of a constant humming that “never rose or fell” and although was just audible was very noticeable – as if it was “coming from the soil itself!”

Frere made it to below Lurcher’s Crag where the humming could no longer be heard but said that the “presence” seemed to remain with him “as if it passionately desired to leave the mountain which it haunted” before leaving him as suddenly as it overtook him in a “flash of terror.”

Rosalind Heywood – a well known pshychic investigator states that she believes that certain places “where thought or devotion has been intense for years” can almost “record” that energy – and that this, in part, is the humming that Frere heard.

She is not the only person to hold this type of view. In the 1840s, Joseph Rodes Buchanan, an American professor of anatomy concluded that every object had “it’s own history imprinted on it” and this is why, he claimed, that psychics can “see” things by holding a particular object as they were “sensitive to the history” of it.

In her book The Secret Of Spey, writer Wendy Wood spoke of her own experience on Ben Macdui, stating she heard a similar “humming” – although she claimed the noise was purposeful and that it was full of “the harsh consonants and full vowels of Gaeilic” – and also stated to feel someone extremely close to her. Interestingly, another account of the hearing of humming or music was given by Captain Sir Hugh Rankin, who suggested the language was ancient Sanskrit.

Joan Grant also spoke of energy emanating from a particular place around the mountain in her autobiography Time Out Of Mind when she and her husband were below the mountain near Aviemore. Grant was highly psychic and particularly sensitive to such energies. Suddenly and out of nowhere, she felt overcome with absolute fear and terror. She would write:

“Something – utterly malign, four-legged, and yet obscenely human, invisible and yet solid enough for me to hear the pounding of it’s hooves, was trying to reach me, and if it did I should die, for I was far too frightened to defend myself! I had run about half a mile when I burst through an invisible barrier behind which I knew I was safe. I knew I was safe now, although a second before I had been in mortal danger!”

So could the land itself be alive? 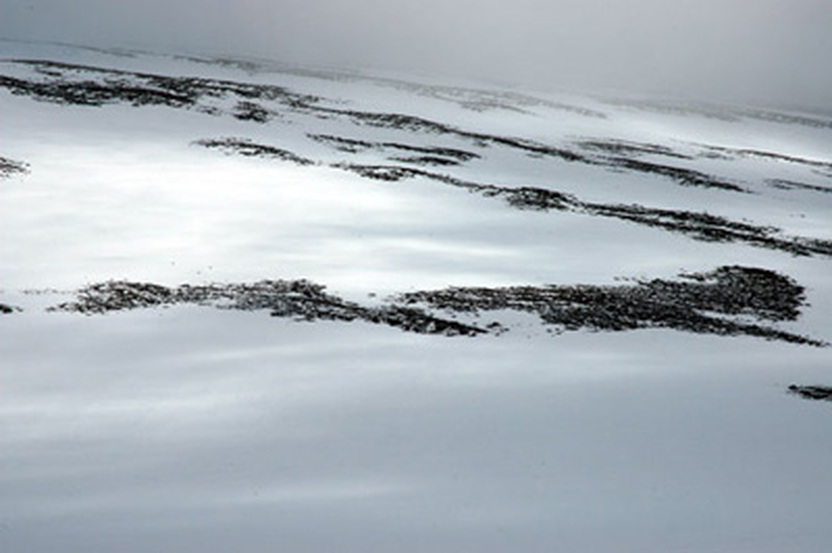 Does Ben Macdui hold paranormal energy?
Frere went on to tell Gray a story of a friend who he could not name to Garland, but who also had a strange experience on Ben Macdui when he spent the night there in order to win a bet.

Frere told how his friend began to feel his emotions take a negative, dark and deeply depressive turn and how his thoughts were almost not his own – “it was as if he was unwilling recipient of new revolutionary thought impulses built up in some all powerful mind!”

Frere’s friend did eventually fall asleep but awoke in his tent to a feeling of terror – he could see the bright moon shine down through a small crack in the flysheet of the tent, but he could also see that there was something outside “between the tent and the moon!”

He remained as still as possible until the figure turned and walked away, before eventually daring to open the flysheet to capture a glimpse of what it was.

“The night was brilliant,” he claimed “about twenty yards away a great brown creature was swaggering down the hill!”

Frere said his friend used the word “swagger” as the creature had “an air of insolent strength about it!” – and what’s more the estimated size of the creature was said to be twenty feet tall. As outlandish as that sounds, it would pretty much fit the descriptions of the footsteps and the stride of them that other people who had experienced “the grey man” had spoken of.

Although this story appears to suggest a "Yeti" or "Big-Foot" type creature, could it be that what Frere’s friend was seeing was actually a “re-run” of the past? Essentially a ghost - perhaps of someone from a long gone and forever forgotten society?

​Or does the “energy” on Ben Macdui produce not just recordings, but physical "beings" to appear? Is this why people have reported a change in their own mood and emotions? Is something using their own emotions and energy to manifest itself? 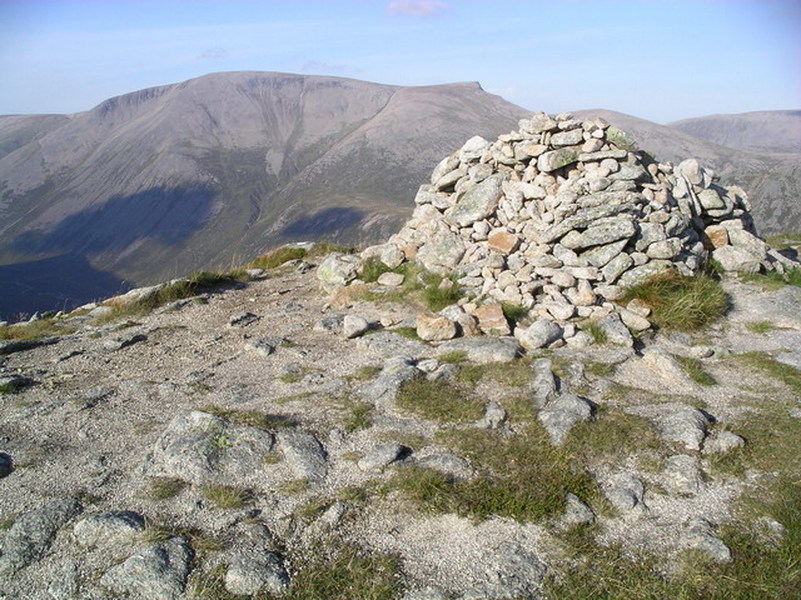 Aptly names Devil's Point?
Some have speculated that ghost sightings and manifestations are basically electrical energy and the key to understanding the phenomena is through the understanding of this energy. For further reading on this check out The Scole Experiments here. Essentially events that were so intense when they occurred, they were “captured” and forever locked within their surroundings – although what the trigger may be to the “play” button is another unknown.

Perhaps it depends on the individual. It has been recorded in some instances that ghosts can appear during times of great stress simply due to the increased amount of energy that is being produced. Does this trigger the events to “play” or does it go further and go towards the energy manifesting itself physically? Remember all of the people who had experiences on Ben Macdui clearly stated that they began to have “negative” feelings and suddenly fell into “deep depression and apathy” without knowing why.

One person, George Duncan, a lawyer and experienced mountaineer, even claimed he saw “the Devil himself there” on Ben Macdui, while descending from the mountain.

“All at once I got the shock of my life, “ Duncan stated, “before me (there was) a figure in a black robe – the conventional figure of the Devil himself!” 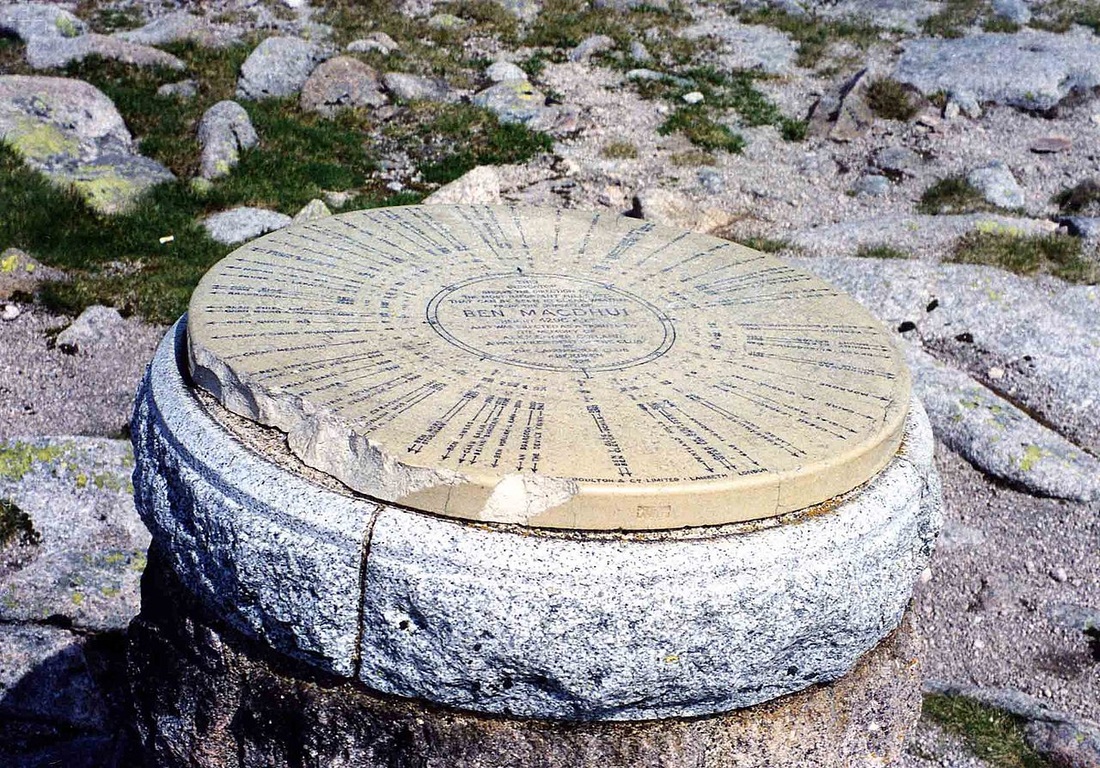 The summit indicator placed by the Cairngorm Club in 1925.
Of course there have been offered more conventional explanations, with perhaps an optical illusion known as the “Brocken spectre” being a possible plausible explanation for the Big Grey Man legend.

A Brocken spectre or "mountain spectre" can occur in certain atmospheric conditions when the sun is at a particular angle. The subject's shadow can be cast onto a cloud bank around them, creating the illusion of a large shadowy humanoid figure – however this does not explain the negative emotions that people have spoken about, nor the sheer panic and terror, nor still the awareness of a “presence” near to them.

Essentially more study would be required to see what really is happening up there, but until we are studying the right things, the answers will in all likeliness allude us for a little while longer yet.

​Check out the short video below – a look at The Big Gray Man legend. 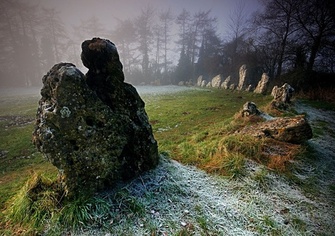 ​The St. Valentines Slaying – Witchcraft? Sacrifice? Or Cold Blooded Murder Wrapped In Legend?
The murder of Charles Walton was national news in 1945. Was it witchcraft? The area is rife with legends......