The “Black Goo” Conspiracy And The Falklands Cover-Up?

Anyone who is a fan of The X-Files will be aware of a recurring theme about black oil. This is an alien substance and is central to the overall story that is interwoven into the series. Very plausible – for a sci-fi TV show, right?

However, there are conspiracies in reality that suggest a very similar material exists.

The Black Goo is said to be an alien life form of some kind, and was the reason the Falklands War raged as it did in 1982. The sinking of the Belgrano – already an affair covered in suspicion – and the apparently imminent threat to British citizens of the island was part of the deeper cover-up, and draw attention from the real reason the British military suddenly descended as it did upon the Falklands Isles.

​As far as conspiracies go, this is as outlandish a theory as you are ever likely to hear. Although that doesn’t mean that it might not be true, or at least elements of it.

Regardless of “true” motives, the Falklands conflict itself was very real, and for many, very consequential or even fatal. Of that, there is no doubt. While we will not get into the specifics of the conflict – official or otherwise - but just to provide a backdrop, check out the video below that gives a brief outline to the gritty events of 1982.

The Real Reasons For The Falklands War?

It is not unusual at all for strange sightings to be witnessed and reported in times of conflict. Numerous accounts of “foo fighters” were reported in the battles over Europe in the Second World War for example. Similarly, as the Vietnam War raged, sightings of strange crafts exploded during this period in the area. It seems the Falklands conflict was to be no different.

For example, former soldier, Jeff Pearson, spoke of seeing a bright intense light hovering over the waters at the furtherst point of East Falkland, while on an R&R break. You can read about his experience in full here.

Another soldier spoke twenty-four years after the incident in 2006, about an “oval spacecraft with lights” that zipped across the sky at great speed. You can read his account in full here.

Of course, some believe the reason the UFO sightings were happening was due to the real reason the British military had been dispatched to the area in the first place. As outlandish as the claims are, the war was a distraction for them to obtain the mystery black goo, and bring it back to mainland Britain. 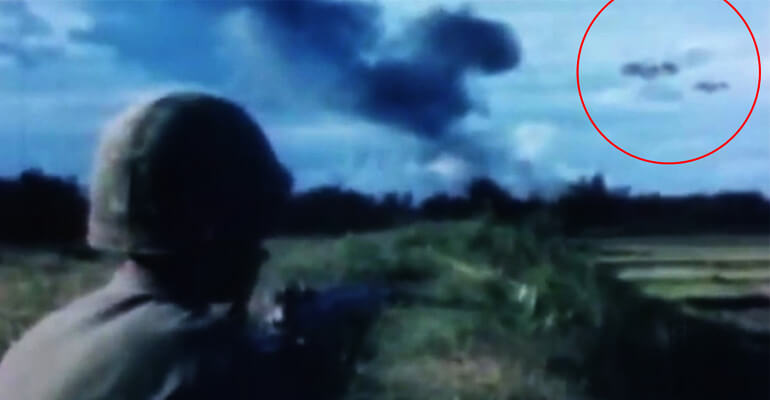 Does this picture show a UFO in the Falklands Islands?
According to the conspiracy, this black goo substance made its way to the United Kingdom courtesy of Royal Navy ships. Deep in a hidden away lab, secret experiments and testing of the substance would take place. In short, things went wrong.

The Black Goo apparently found itself into the water supply and is now permeating every aspect of our lives. In the words of Miles Johnston, “it is in a state of learning!”

​The theory arguably seeped into the mainstream during the Channel 4 documentary by Dan Schreiber, The Great UFO Conspiracy from 2014. It was a tongue-in-check look at the general UFO community and their theories, but not something that mocked those who researched such things. Schreiber spoke on several occasions to Johnston, including in front of the MI6 building when he broke the news to him about the aforementioned black goo.

​The short video below is a snippet from that particular conversation between the two.

One of the people that Schreiber also met during the aforementioned documentary was (then) little know conspiracy theorist and whistle-blower, Max Spiers. The two spoke under a bridge in a typical London location.

Spiers claimed he was a secret “super soldier” who had begun to recover his memories and had turned whistle-blower against the elite who oversee such programs as MK Ultra and Project Mannequin – both of which he claimed he had direct links to.

​The video below features Spiers speaking with Schreiber in the aforementioned Channel 4 documentary.
Spiers believed that due to his time in the Mannequin Project, that he was the subject of “programming” – so much so that he believed he could be “triggered” at any moment by unknown handlers. Indeed many people who associated with Spiers would later claim to have noticed strange, mysterious people appearing to shadow him.

In the months before his unfortunate death, he would speak of being subjected to “astral attacks” from those who didn’t wish him to convey the information he was slowly unlocking in his “honeycombed” mind. Although not everyone subscribed to his claims or theories, he was an interesting person and a charismatic speaker.

​The video below is worth checking out. It is Spiers’ final UK broadcast interview.
Around two years after filming took place, Spiers would mysteriously die while in Poland. His death made the mainstream media platforms. Perhaps not surprising when details of him having text his mother before his death telling her to investigate if anything was to happen to him - or of him having vomited “two litres of black liquid” in the hours before his death.

It is interesting that a large voice behind the Black Goo conspiracy is Miles Johnston. Johnston is also a loud voice in the Project Mannequin conspiracy theories and the alleged secret base in Peasemore, Berkshire. He was also a close associate of the late Spiers – in fact, it is perhaps likely that it was Johnston who introduced Schreiber to Spiers during the making of the program.

Is it purely coincidence that “black liquid” was reported to have been vomited by Spiers in the hours before his death?

Check out the video below - the BBC documentary, Fractured, that was made several months following Spiers’ death in February 2017.

​Dr David Clark even made claims that the British military wanted to test out their new “death ray”, and the conflict in the Falklands provided a perfect opportunity to do so.

A declassified document written by Michael Heseltine to (then) Prime Minister, Margaret Thatcher, appears to back up these claims. Written in 1983, shortly after the conflict, it states that they had conducted tests on “a naval laser weapon, designed to dazzle low flying Argentinian pilots attacking the ships!” He continues, “This weapon was not used in action, and knowledge of it has been kept to a very restricted circle!”

As the black goo conspiracy suggests, the “death ray” was not the only secret activity taking place during that time. And if there is any truth at all to the claims of Max Spiers, not to mention the truth behind his mysterious death, maybe these claims require another look. Regardless of how bizarre or outright crazy some of them are, perhaps we should look at some of them again, just to be sure!

​Check out the videos below for further viewing of this intriguing conspiracy theory. As always, make of them what you will. 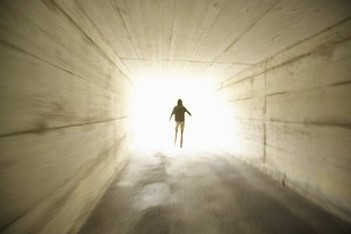 If Reincarnation Is Real, Is It Limited To Human Beings Here On Earth? Or Is It Universal?
Many people, when regressed through hypnosis have not only recalled past lives, but also past lives when they were alien beings! Is there really something to this? And does that mean that reincarnation is universal and not limited to Earth...?