The Women Abducted By The Aliens Who “Put The Pyramids” On Earth!

Former police officer-turned-UFO investigator, Tony Dodd, would see a plethora of UFO sightings and alien abduction claims during his three decades researching the subject. Without doubt one of the strangest and intriguing in equal measure were the claims made by a woman known only as “Sharon” from Yorkshire in the United Kingdom.

Sharon became aware of Dodd and his work with people claiming to have been the subjects of alien abduction while listening to a radio program one afternoon. The signs that people would mention to Dodd, as he explained on the broadcast, mirrored many of the strange incidents that had been plaguing her life for many years going back to her childhood.

She would awake many times to find her nightdress, not only removed from her person but nowhere to be found in the entire house. She would often awake to find blood on her pillows indicating nosebleeds in the night. Often, she would awake to find mud and dirt in the bed and on the bedroom floor. Many times, she would even awake in seemingly random rooms in her house, with no memory of how or why she was there.

​Furthermore, she would often discover strange marks on her body, as well as noticing bizarre aromas in her home. Electrical equipment would often malfunction and clocks would even begin to “tick backwards” without warning or reason. 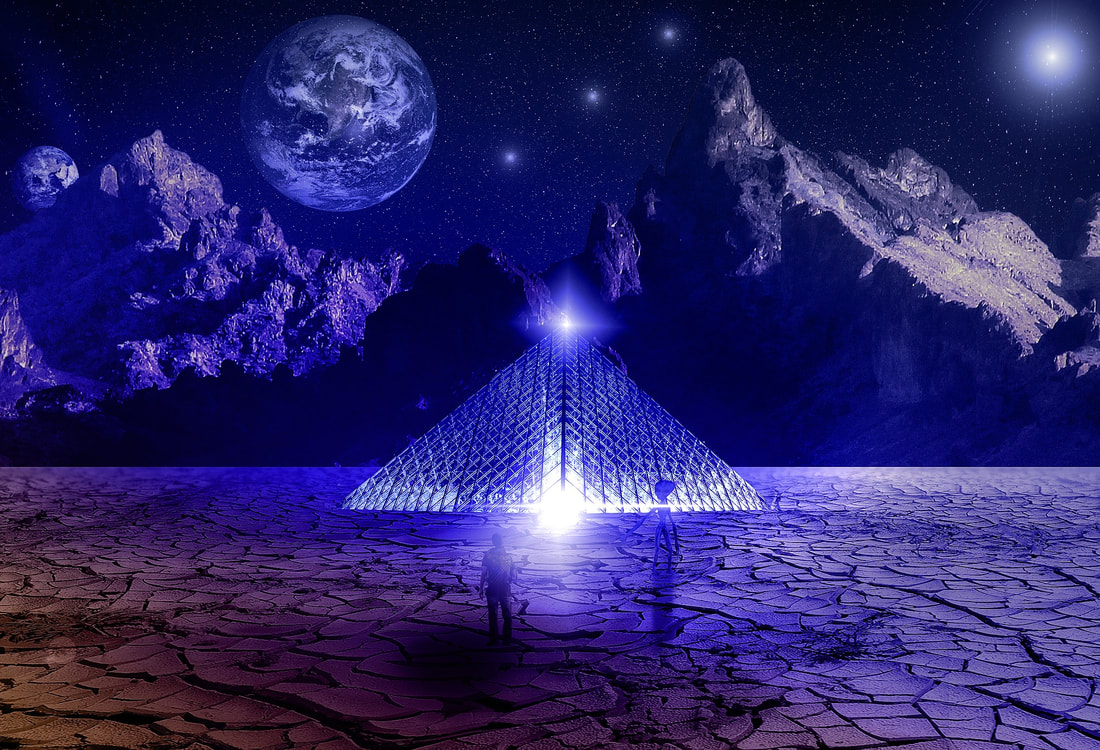 Upon making contact with Dodd in the early-1990s, and agreeing to undergo hypnotic regression, Sharon would begin to fill in the missing parts of her memory. The results were as fascinating as they were chilling. Dodd spoke extensively of his initial session with Sharon in his book, “Alien Investigator”, released in 1999.

Sharon was instantly taken back to early one morning – about 5 am – as she was just getting out of bed to get ready for work. For reasons she couldn’t explain, she was drawn to the bedroom window. She described three “greeny-brown” crafts, each the “length of a working man’s club!” The craft’s edges are extremely straight and precise, although the top of the craft is curved. She can’t see any windows or doors on the exterior of the craft.

​Her next memories are of her being on one of these crafts. Inside them are “large white rooms” with ramps leading from them. Tall, tanned creatures are aboard the crafts. Sharon states that they talk to her, but differently from humans. They “talk into my head,” she tells Dodd.
She claims to be standing on one of the ramps leading to the strange rooms, and there are people all around her. One of them she says she recognizes – a gentleman named, Nigel. They are all led into one of the large, white rooms. It is like an assembly hall. They are gathered as if waiting to hear someone speak.

​Indeed, moments later, one of the tall, tanned beings stands before them and begins to talk, not out loud, but into their heads. They are all filled with a feeling of sadness as they are told of the pollution they are doing to the Earth. He tells them all, that for the good of the planet, they must stop. They are then asked to turn around and look through a large window in the room. Outside, they can see Earth, lonely and surrounded by the blackness of space. It isn’t a picture, it really is the planet that they can see from the craft. 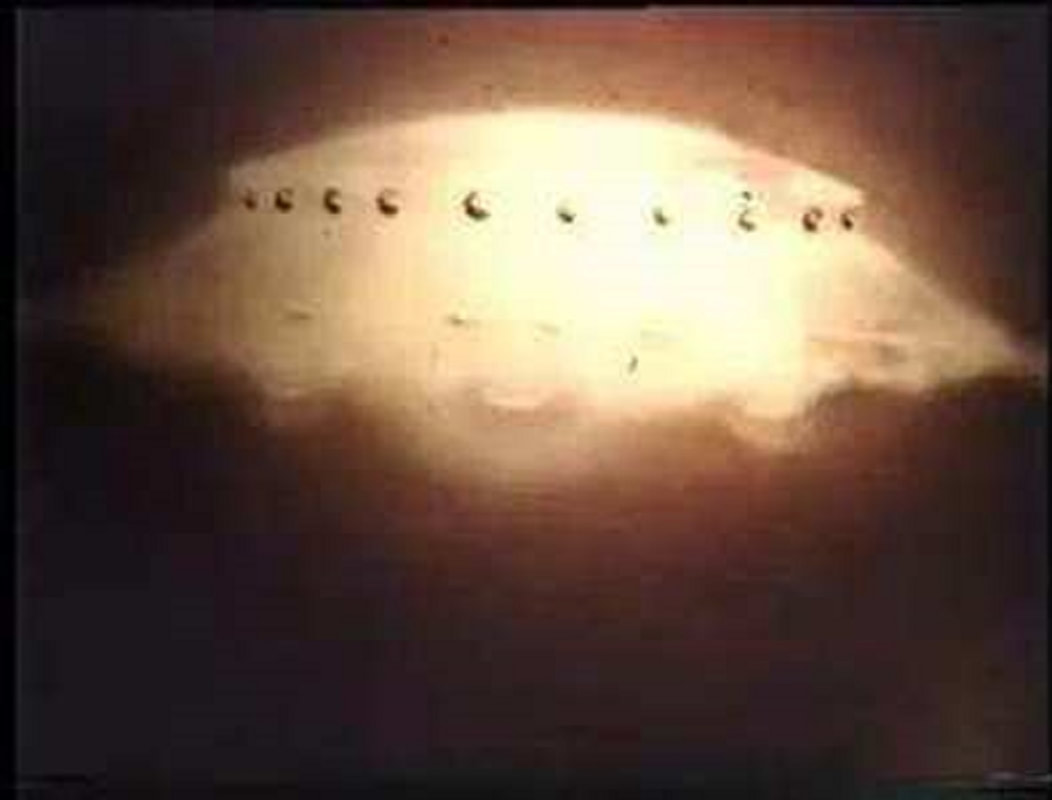 Does this show a disc-shaped craft from another world?
They then are told to move along another of the ramps, and into another room. Sharon, still under regression, tells Dodd:

“We walk up the ramp, down the long corridor. I want to touch the walls but I daren’t. I can feel the power – I like the feel. I’m not afraid. It comes out every so often, the wall – I can’t touch it. It’s dark and light and it isn’t a color. It’s like sand but it’s not sand. I can’t describe it, it’s not metal. It’s darkish. I daren’t look up, I have to look forward, it’s light at the top and dark at the sides!”

​They proceed to the next room. This time it is dark, with “a light at the front” and a strange floor below that she can’t quite see. A sense of being frightened begins to overwhelm Sharon, although she doesn’t know why.

Her senses are becoming confused. She can’t tell if she is lying down or stood up. Every now and then she is aware of a cold “bright light” shining on her face. She sometimes feels as though she is being restrained by strange hands, but otherwise feels numb. She then notices that the creatures in the room around her are different from the tall, tanned being who had spoken to them. She tells Dodd:

“I can just see their heads, big heads with big eyes – round to the side of their heads. He’s touching my fingers. He’s got four fingers, not like ours. They’re looking at my fingers, checking each finger. My head’s going back. Above there’s a round thing with things coming down. It’s going in me, in my stomach!” 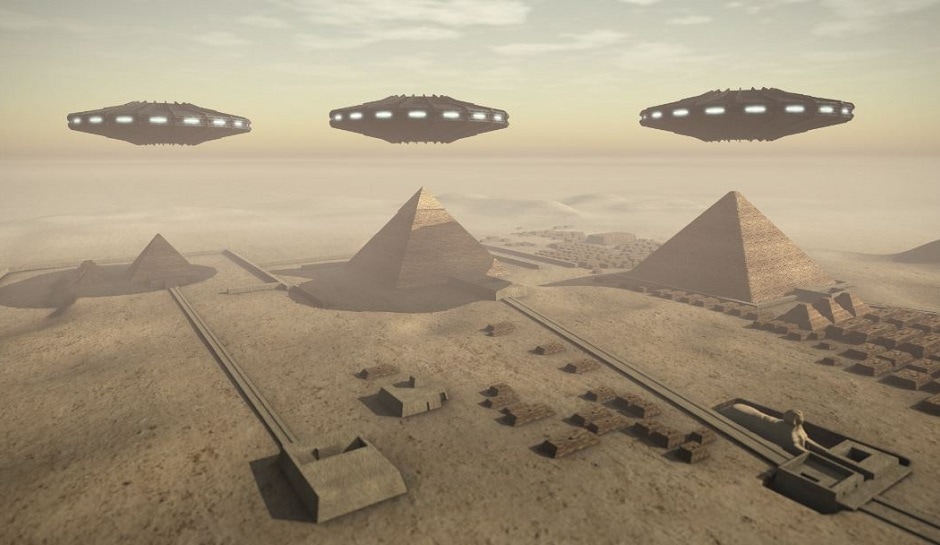 Sharon went on to state that although she could feel the procedure – which seemed to involve a long injection being inserted into her stomach – she could not feel any pain. Shortly after this, the procedure appeared to be over. She noticed she was now sat up on the edge of a strange table. She could also see one of the taller beings again. They told her and the others to proceed through a doorway, and into a “triangle” that lay ahead. They are left in the triangle for several moments before one of the tall beings informs them all it is “time to go home!”

With that, Sharon was back in her bedroom, where she had first noticed the craft.

Still under hypnotic regression, Dodd would take Sharon back to various stages in her life that they suspected alien abduction had occurred.

She would inform him of the time she was eight years old. She is in bed, asleep when she suddenly wakens. She tells Dodd, “the man is here again, he’s woken me up. I have to go. I don’t want to go, I’m tired!” The “man” leads her outside where “the spaceship is here again!” She climbs aboard and it is “going on its side. I’m floating!”

She then states that she is in a room with other children and the “big people are there. You’ve got to be good. They’re teachers. You have to listen, they teach you!”

Sharon would tell of several similar abductions, that were either of a medical nature or “for learning” – a phrase she would state several times. One particular abduction, however, appeared to stand out from the others and happened when Sharon was a teenager. She informed Dodd,

“I’m fourteen and at my auntie’s. I’m in the back garden, having a fag! If she finds out she’ll kill me!”

Suddenly Sharon notices that she is rising up from the ground. She continues:

“I’m going straight up into the ship. It’s different this ship, lighter. It’s different than the others. There’s paneling on the wall, it’s not as nice. I can see funny writing shapes, something like Egyptian writing. There are tubes around the paneling!” 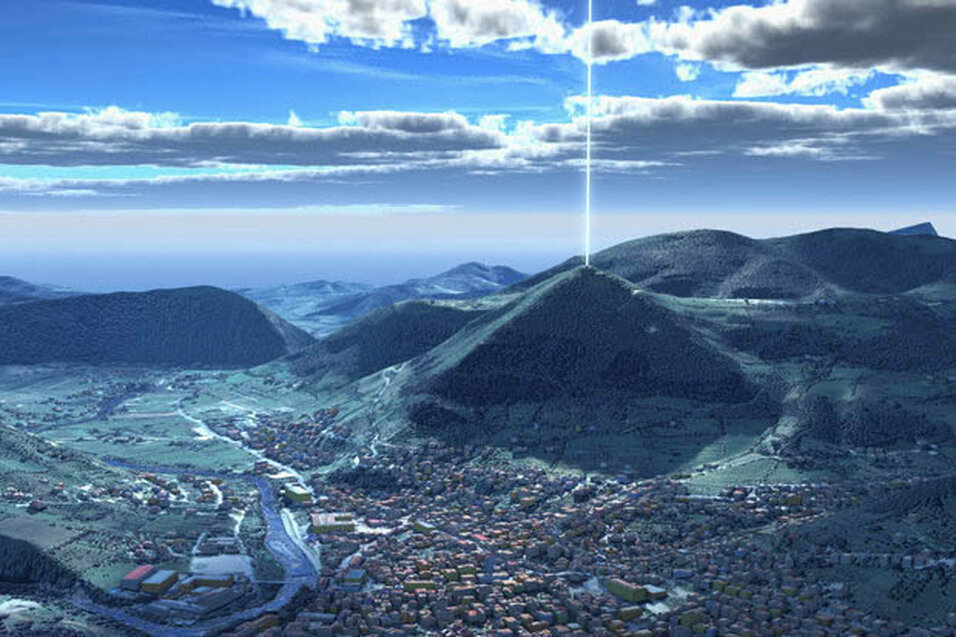 Are the many pyramids around the world ancient power stations?
​Sharon is brought into a room where her clothes are removed. She is surrounded by the tall beings, however, unlike most other times, she is on her own. A strange “pins-and-needles” sensation spreads around her body. The beings explain this feeling is energy they are giving her. She states, “They give me energy, it’s all in the room, pins and needles, all over, it’s going all over my body, I feel the energy!”

She then claims that she is being told, into her head as before, that human beings need to grow spiritually and need to learn to respect the Earth. She would state to Dodd,

​“I’m being taught lessons about life. I’m being taught to respect the Earth. I don’t believe half of this! They’re making me listen but I don’t want to. This is a bit heavy. They’re telling me about the Pyramids. They put pyramids here!”
The two videos below looks at the theories of alien involvement in Ancient Egypt.

The Importance Of Understanding The Pyramids?

According to Dodd’s reports, when Sharon watched the videotapes of her session, she was visibly surprised and at times, upset, about what she had said during hypnosis. She claimed to have no memory of the events she described. She also, however, claimed to feel more “at peace” with the strange experiences that had led her to Dodd in the first place.

​If Sharon’s accounts are to be believed, and it should be noted Tony Dodd was a very credible UFO researcher until his death in 2009, then it would appear to fit in with other accounts telling of similar motivations behind them. The mention of the Pyramids, however, is of particular interest given the increasing amount of evidence that they were not tombs as history has led us to believe, but ancient power plants.

If that is true, and we as human beings can rediscover and understand this technology, then that would free us from the reliance of “fossil fuels” and the amount of conflict, bloodshed and pollution that comes with them. Perhaps, as some have suggested, this is part of the reason for the continued denial of UFO activity and alien life. Perhaps in the same way that Nikola Tesla apparently had his funding cut and his character vilified the closer he got to “free” energy, so are those who have claims that aliens could teach us the power of the pyramids around the Earth – structures they built no less – and how this could free humanity from the grip of those who want to control us through resources.

​If they indeed did put pyramids all over the Earth, does that suggest this was once their home? Or have they merely been visitors here, but for many thousands and thousands of years? Or do the medical experiments that Sharon, and countless others with similar claims, have spoken of suggest a deeper involvement in the human race? A genetic, perhaps hybridization involvement?

​Check out the video below. It features Dodd speaking at length about his theories. The videos below that looks at the theories that pyramids were indeed built by an extra-terrestrial race, as well as alien connections to Ancient Egypt in general - as always, make of them what you will. 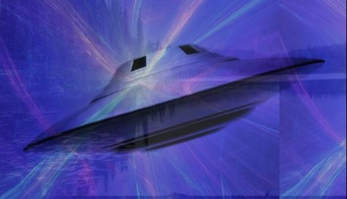 Zret And The Norcans – The Strange And Enthralling Tale Of Albert Coe
If the story of Albert Coe is to be believed, then he spent a lifetime in the company of an extra-terrestrial being, during which time, he received insight into events before recorded time....