“The Most Haunted Road In Britain” - The Stocksbridge Bypass

The Stocksbridge bypass (A616) essentially links Sheffield to Manchester. It is also said to be “the most haunted road” in Britain.

It is not so much the road that is said to be haunted, as the land that it is built on. Local legend has it that a monk, who hundreds of years earlier had fallen out of favor with the church and was disillusioned with his religion, was buried on this land in an unconsecrated grave. He is said to still roam the area.

It is also stated that many children had fallen down mine shafts on this land in the distant past, and had ultimately perished here, their bodies never recovered.

It was on this land that the Stocksbridge bypass was built. 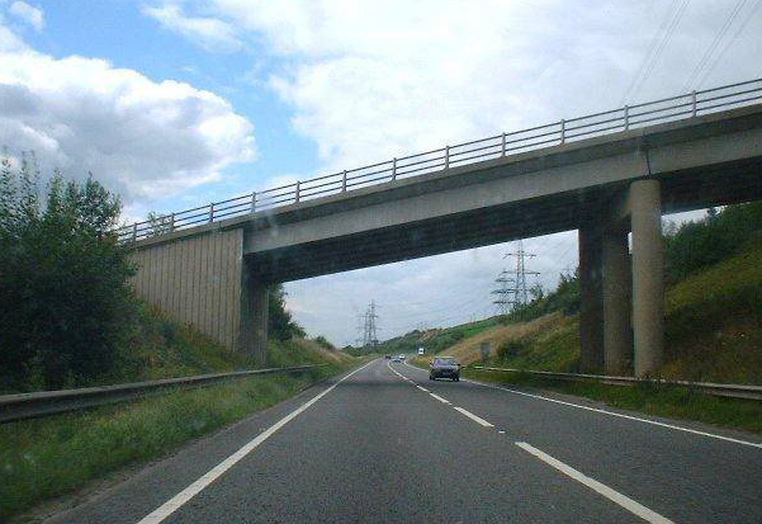 The Stocksbridge bypass - is this the most haunted road in Britain?

On 8th September 1987 while still in the middle of its construction two security guards claimed to have actually witnessed numerous sightings of unexplained and paranormal activity.

While on patrol that evening they spotted what they said was a group of children, dressed in very old-fashioned clothing playing and “dancing in a circle” in a field that ran alongside the construction site. Construction workers who stayed on site had also made ample reports and complaints of hearing children singing and laughing in the dead of night from their caravans.

The two security guards nervously went over to investigate and then stood shocked as the children simply faded away right before their eyes.

They ran over to where they had only seconds ago seen the children and although the earth underfoot was soft there was no sign of footprints or any other disturbance of the ground where the children had been.

While still reeling from what they had both just witnessed, they then noticed a figure on the newly constructed Pearoyd Bridge standing above them, watching them.
While one of the guards remained where he was to keep visual contact with the dark figure, the other drove his van on to the bridge. He arrived from behind the cloaked figure and when he shone his car headlights at the “person” in front of him, to his horror they shone straight through them as if they were not there.

This was also witnessed by the other security guard standing below.

Just as the children had done, the figure faded away and the two security guards hurriedly made their way away from the site and reported what they had seen to the police.

Partly out of duty to do so, but partly because of the “worked up” state the two security guards were obviously in as they made their reports, the police decided to send two officers to see if there was anything to the claims, and to make sure there weren’t any children playing pranks on a dangerous construction site.

Around midnight on 11th September, Police Constable Dick Ellis and Special Constable John Beet made their way to the site, opting to park close to the bridge where the two security guards said they had seen the children and the cloaked figure.

They sat quietly for around twenty minutes before, out of nowhere Beet screamed at the top of his lungs. As Ellis turned his head to face his colleague, he saw what he said was “a man’s torso pressed up against the window!”

Seconds later the two officers said the figure quickly moved to Ellis’ side of the vehicle and then vanished.

The two men composed themselves and quickly searched the area around their car, telling each other that they had probably been the victim of a practical joke. They could see nothing and decided to pull their car under the bridge and radio for further assistance.

Before they reached the bridge though they felt a series of thuds and jolts to their vehicle that “shook their car violently.”

Now completely and understandably rattled the two officers drove away from the scene as fast as they could. PC Ellis went on to make an official report about the unexplained events at the Stocksbridge bypass.

There have been many, many reports of paranormal activity on the road since, including bangs on people’s cars as they drive "as if someone is on the roof!" Some have even reported hearing chains rattle and their car shake. 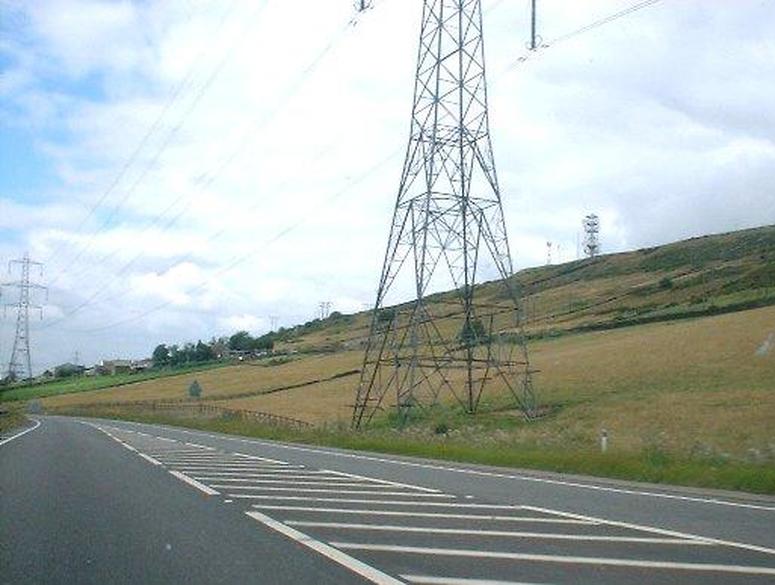 Some motorists have said they have seen children in "old-fashioned" clothing dancing around the pylons.
Others still have claimed to have seen a black dog on a path near the main road, sometimes running right out and across the road and into the fields.

On New Years Eve 1997 there was an official report of a couple who were driving on the bypass and were startled when “a figure just appeared in the road in front of them.” They had to swerve violently to avoid it.

In fact statistically, the road has one of the worst accident records in the region and there are many stories of a child or other figures suddenly standing in the middle of the road, causing motorists to swerve their vehicles out of its path.

The sightings still go on to this day, and for anyone who has an interest in ghosts and the paranormal, it is said you won't be disappointed should you decide to check out the bypass for yourself.

Check out the videos below. The first is a documentary from the early nineties and looks at the history of the bypass and the strange stories that surround it. The next is a video features an in-depth session at the Stocksbridge Bypass by Paranormal X. 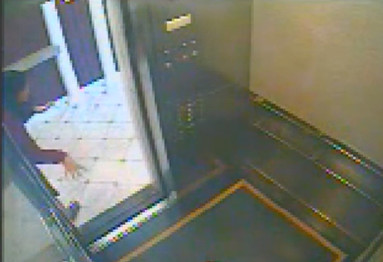 ​Tragic, Fascinating and Unsettling - The Story of Elisa Lam
A look at the numerous theories as to what happened to 21 year old student Elisa Lam