Stull, Kansas – Just One Of The Many Doors, Portals And Gateways To Hell?

In 2013 Slasher Productions released the horror flick “Nothing Left To Fear.” The film is notable for being the first to be produced by former Guns N Roses guitarist Slash and also for it’s setting – Stull, Kansas in the United States – a real town that has become known for allegedly housing one of the many “Gateways To Hell!”

You can read a little more about the film and watch a short interview with Saul “Slash” Hudson here.

Stull, Kansas, and in particular the cemetery has gained a notorious reputation for satanic, occult and paranormal activity. In short, legend states that the Devil himself appears in this location and that the cemetery is one of the "Gateways To Hell."

Although these stories have lasted for generations, with some of the locals talking of them as fact as opposed to urban legend, they seemed to gain momentum in the 1970s – with the locals who don’t believe Satan is a frequent visitor to the area, stating that the origins of the legend stem from a fraternity prank gone wrong - or right, depending on how you look at it.

The apparent activity was said to be centered around a stone church that had been built there in 1867. Due to constant attraction to people who have an interest in the occult, as well as “genuine” Satanists looking to catch a glimpse of the Big Chap himself, the church was knocked down in 2002. 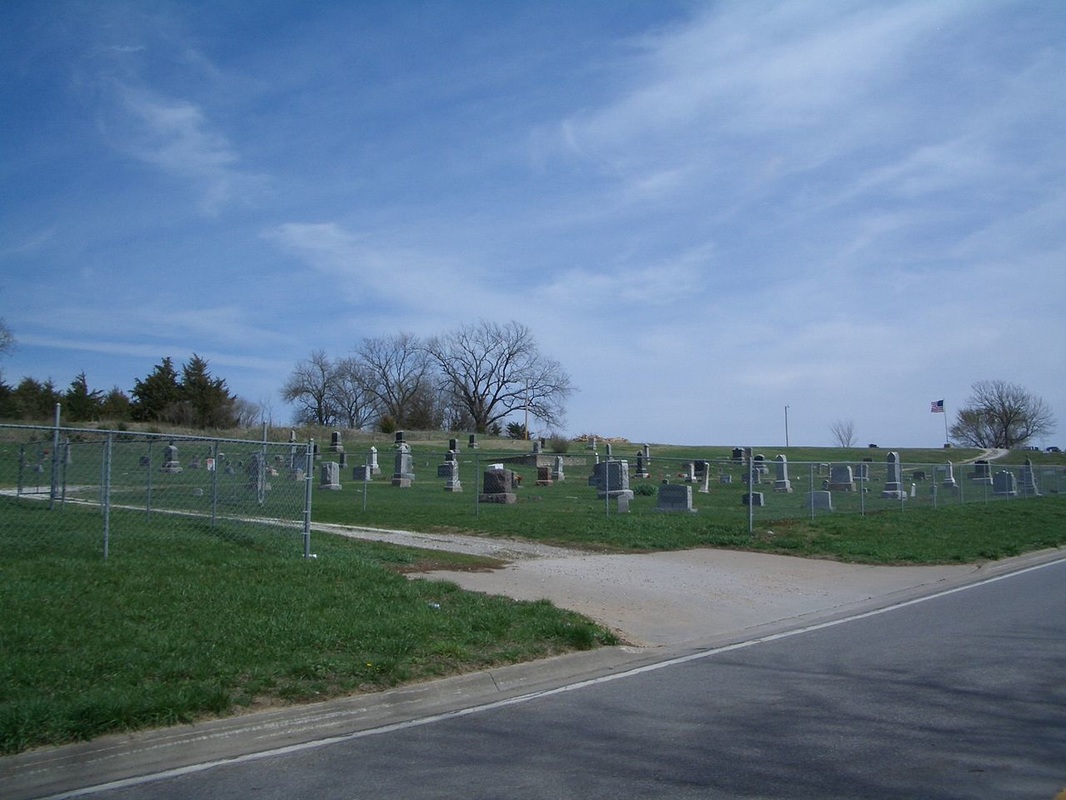 The infamous Stull cemetery - said to be site of a gateway to Hell.
There has been some strange activity noticed there though.

It is said that buildings have mysteriously caught fire with no obvious cause. Strange voices have been heard and occasionally picked up on tape recorders, most notably the voice of what appears to be an old woman. There are also legends, particularly among the young people who drink and have drank there, that if you threw bottles against the old church, they wouldn’t break.

For those that do subscribe to the strange activity, there are several theories as to why the Devil has chosen Stull as such important ground.

Some have claimed that it was here that Satan’s infant son died and was buried – other stories state that “one of his wives” resided here. Others state that Stull is a central point of a triangular “Gateway to Hell.”

There are also stories of people purposely avoiding the area (although these are speculation more than fact). It is said that in 1995, the Pope had his private plane redirected so that it wouldn’t fly over the town.

Others though state that the real “Hell” is the aforementioned visitors and curiosity seekers who descend on Stull. Some are genuine investigators who conduct themselves accordingly (although the publicity they bring with their work is often not welcome). For others though, the “bored teenagers”, it is just “something to do” and somewhere to go and drink a few beers.

After the building was destroyed amid fears that it was only a matter of time before it’s aging walls collapsed and injured or even killed one of the thrill seekers, a high fence was erected around the cemetery.

There had already been vandalism and even robbery of gravestones, with Halloween in particular attracting huge groups of people. The fence is patrolled and local law enforcement will arrest anyone entering the cemetery. The local residents have stated they will “prosecute anyone who enters the cemetery with trespassing to the full extent of the law!” 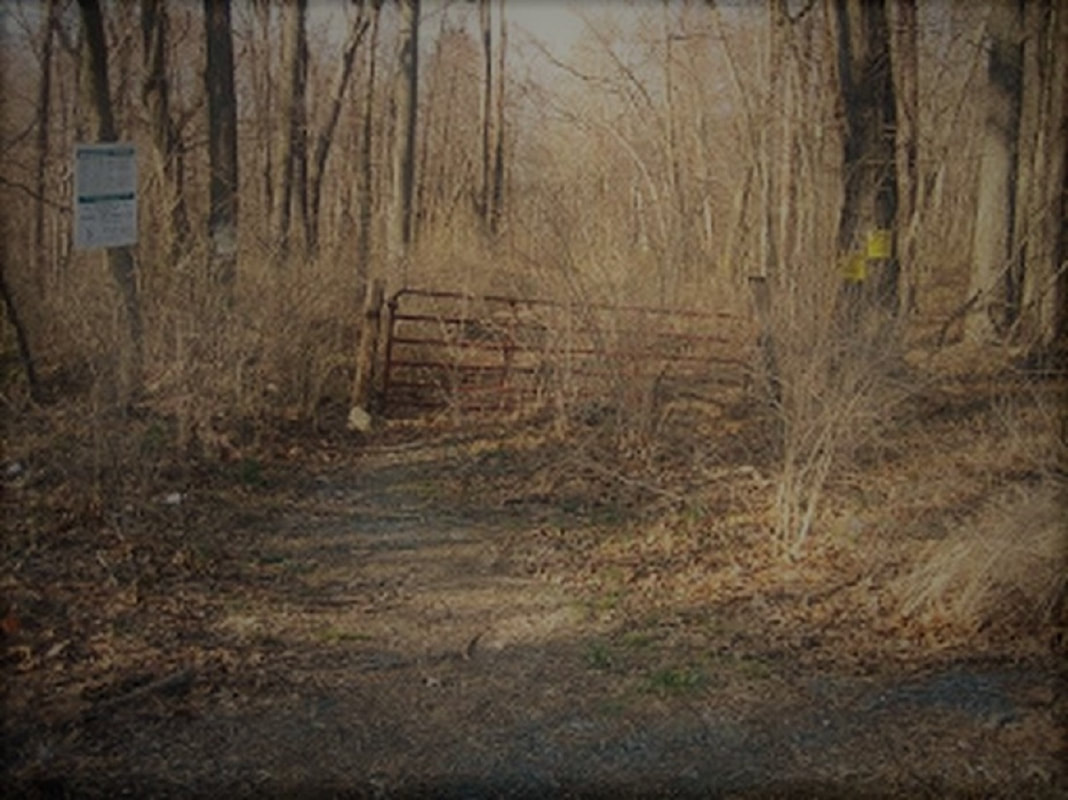 The "visible" gate of the "Seven Gates Of Hell" in Pennsylvania.
Of course there are many more supposed entries to the underworld.

The recent film “As Above, So Below” set in the Paris Catacombs dealt with similar subject matter. You can read a little bit about the film’s plot here.

While the catacombs do exist underneath Paris and are a genuine tourist attraction, many people also believe that deep “off the beaten track” of the underground graveyard is an entrance to Hell. In many ways, the “understated” way the "As Above, So Below" film makers presented Hell to the viewer made it seem “real” in that, if there was an entrance to Hell, this would probably be how it would look. You can check out the videos at the end of this article (the last two) - they claim to be "found footage" from some-one who it seemed had gone deep into the catacombs in Paris. You can also check out the trailer of "As Above, So Below" below.
The “Seven Gates Of Hell” are said to be in Hellam, Pennsylvania. Although there are several legends regarding the origin of the gates themselves, all of them agree that there are seven gates in the woods of Hellam (only one of which is visible in daylight) and that by passing through all seven you will be taken straight to hell!

In New Jersey there is the supposed entrance to Hell behind the Old Black Prince Distillery in Clifton. In Indiana there is the famous “Demon House” that was recently bought by a paranormal investigator – the house is said to be a portal to Hell.

It is not just a phenomena or interest from recent years either.

In the ancient city of Hierapolis, which is now known as Pamukkale in southwestern Turkey, there has been discovered a temple doorway that is spewing out toxic gases. It is said that any birds who happen to fly too close to the temple fall dead out of the sky.

There are also inscriptions on the temple columns that are dedicated to the “gods of the underworld” and the layout of the ruins matches those of ancient accounts of a “portal to the underworld.”

You will find a little further reading about the ancient site here while this link tells of thirteen supposed entrances to Hell from years past.
More recently in the woods of Blue Ash, Ohio back in the United States, there is a supposed “Portal To Hell” that has become known as “Satan’s Hollow” to the locals.

A local blogger Rick Fenbers stated “It’s one of the best known, but least seen, urban legends around here. A group of Satanists supposedly used to meet there in some type of altar room and conduct their rituals. … They must have been pretty good, because the legend claims they managed to open a doorway to hell.”

Fenbers goes on to state on his blog that the doorway to the portal is guarded by a “shadow man.”

“He is some kind of hall monitor from hell, left here by Satan to guard these tunnels," Fenbers states, "The Shadow Man is said to appear in the form of a human, only completely blacked out. Hence his name.”

It is said that screams can be heard coming from the tunnel and that a general feeling of evil is experienced by anyone who enters it.

In 2012 paranormal filmmaker, David Scott, filmed his own investigative journey into Satan’s Hollow – you can view the footage at the end of this article and make your own minds up. Scott’s investigation had to be cut short due to “high levels of bad energy!”

Scott stated further that he had worked on over 150 cases and “this is one of the scariest locations I have ever investigated!” 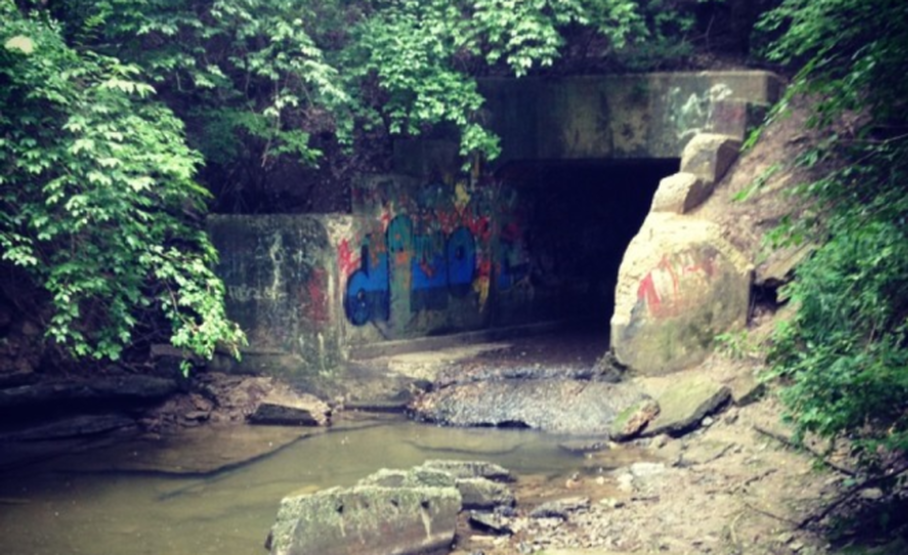 The entrance to "Satan's Hollow" in Blue Ash, Ohio.
However, as it is in Stull, Kansas, local law enforcement say the attention is hard on the town folk who quite regularly witness people outside their properties trying to make their way into the drains so they can access Satan’s Hollow through the drain network.

Blue Ash Police Lt. Steve Schueler states that so far they have had “warn a few kids” but have made no arrests.

“We were all teens at one time and did crazy stuff,” the police officer recently told wcpo.com in Cincinnati “We try to give them a warning and get them on their way.”

Schueler also offers reasons as to why there are reports of so much “bad energy” and experiences that many people say they have had.

“I think it’s just a pretty extensive system,” he said. “There’s one area at the end that’s a concrete box where the pipe changes elevation. When you’re down there, your imagination plays tricks on you. You can start to hear and see things.”

He could well be right. Even without the drop in elevation, sometimes, when already “knowing” the history of a place, combined with fear and anticipation of what you are "expecting" to see can play tricks on and influence your mind somewhat.

That being said, if you were to find yourself in front of one of these gateways or portals to the underworld - to Hell - would you be that confident that it was nonsense and walk into it? 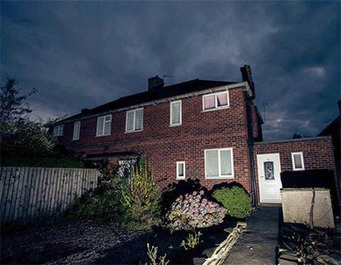 ​The Black Monk Of Pontefract And The Very Real Haunting Of 30 East Drive!
Widely regarded as the "most violent haunting in Europe" the events at 30 East Drive are chilling and mind-blowing.