OK, so the 27 Club really probably can be put down to a bizarre set of coincidences, right? That being said, coincidences do not make the various theories around the seemingly growing list of musicians who have died tragically young at the age of twenty-seven, often in equally tragic circumstances, any less interesting.

So with that in mind, and without looking to prove what the “truth” is one way or another, let’s have a look at some of the theories that are out there regarding some of these tragic cases.

In fact a particular “group” of deaths that occurred between 1969 and 1971 and was said to have first given rise to the 27 Club theory. 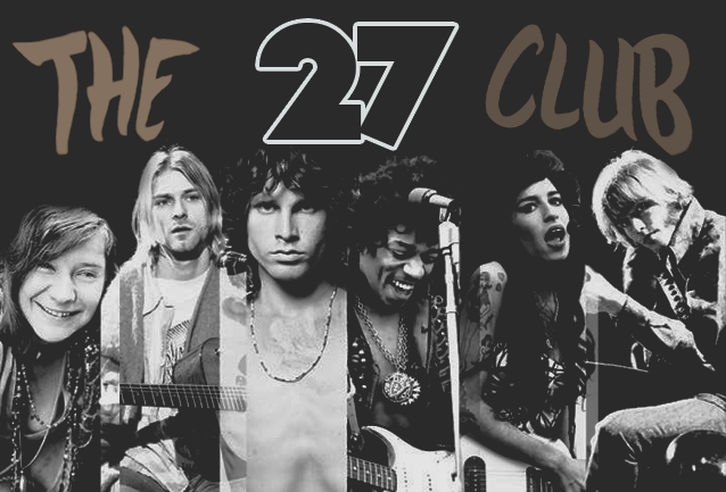 All of these rock start died tragically young at the age of just 27 years old.

Brian Jones was the little-known original founder of The Rolling Stones and generally regarded as the band’s leader in their early days. However, as Mick Jagger and Keith Richards developed as a slick song-writing duo, they began to overshadow Jones and his role in the band began to lessen.

What didn’t decrease though was Jones’ liking for hard drugs such as cocaine and methamphetamine to name just two. As his addictions and erratic behavior increased, his time and presence in the group decreased and he was eventually “fired” by the band and replaced by guitarist Mick Taylor in June 1969. A month later on 3rd July 1969 he was found dead, apparently he had drowned in his swimming pool at his home.

​A little over a year later on 18th September 1970, American guitar legend, Jimi Hendrix, was found dead in his London flat. He had died of a combination of drugs and alcohol. Aside from Hendrix being that key age of twenty-seven, the circumstances surrounding his death are surrounded in controversy and contradiction in themselves, which only prove to add fuel to the 27 Club idea.

On 4th October 1970, just sixteen days after Hendrix’ death, former Big-Brother front-woman, Janis Joplin, now famous as a solo artist, was found dead on the floor beside her bed at a motel in Hollywood, California. She was supposed to have been in the studio recording, but when she didn’t arrive producer, Phil Rothchild, sent tour manager, John Cooke, to “look in” on Joplin and make sure she was OK. It was Cooke who found her body.

Her death was said to be an overdose of heroin, possibly with excess alcohol (given her drug intake) also playing a part. Cooke stated later that the heroin that was “going around” was more potent than usual as other users who bought their heroin from the same dealer as Joplin had also overdosed that week.

Less than a year later on 3rd July 1971, and exactly two years since Brian Jones’ untimely death, The Doors frontman, Jim Morrison was found dead in his bath (in water?) in his apartment in Paris. Rather bizarrely there was no autopsy performed and although the official cause of death is heart failure, many suspected it was probably a heroin overdose – although like others, there are many rumours and conspiracies surrounding the rock star’s death. 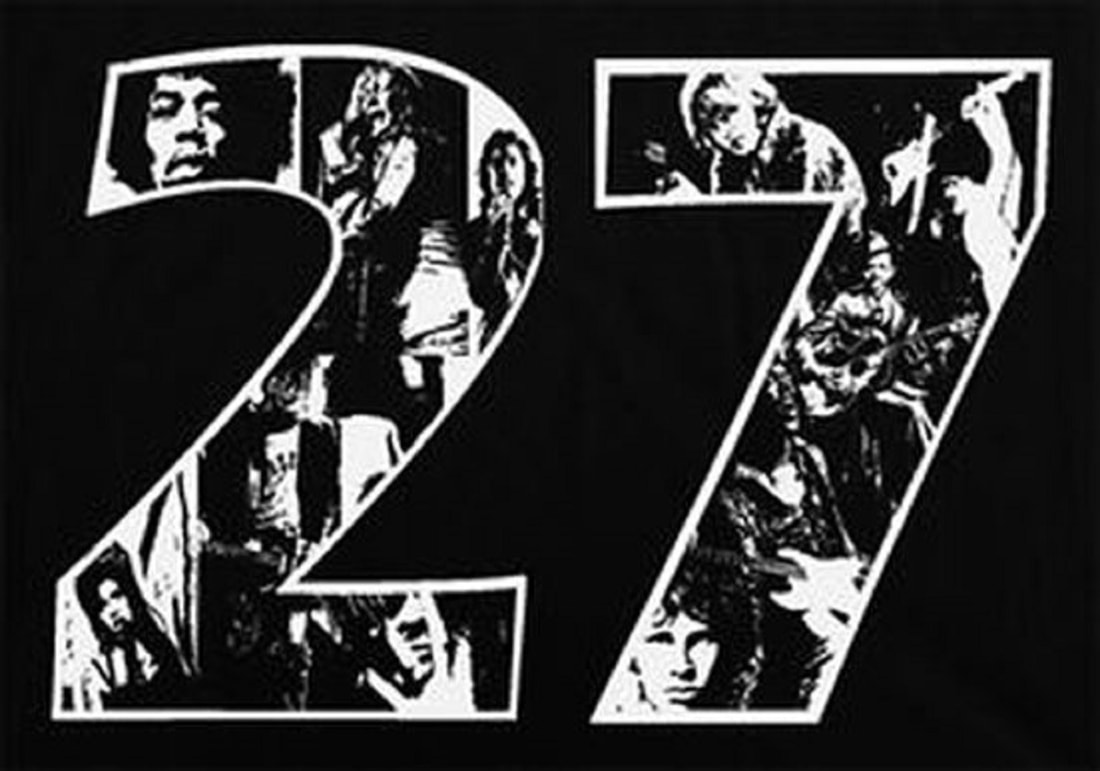 There are many theories as to why so many musicians have died at this age.

Strange Deaths Across Decades And Genres!

There were numerous other 27 Club deaths over the next twenty years, albeit the people involved, although no less tragic, were perhaps slightly less known than this initial spate of high profile rock star deaths of 1969-1971. Here are just some of them:

Leslie Harvey, guitarist for Stone The Crows was electrocuted and died on 3rd May 1972.  On March 8th the following year the founding member of The Grateful Dead Ron McKernan died from internal bleeding. On 24th April 1975, keyboardist and guitarist with Badfinger committed suicide by hanging himself, and on 8th December of the same year, Gary Thain, bassist of rock band Uriah Heap died from a heroin overdose.

On 23rd March 1980 lead singer of the reggae band Inner Circle was killed in a car crash, while on February 17th 1988 Alexander Bashlachev a Soviet songwriter and poet, one of the most influential people in Soviet music, died when he fell from his ninth floor apartment in an apparent suicide. On 7th July 1993, Mia Zapata, lead singer of the punk band The Gits was found murdered in the Central District of Seattle.

All of them were twenty-seven years old.

Despite these numerous other musicians that had met seemingly untimely ends at the same age, it was not until the death of Nirvana frontman, Kurt Cobain, in 1994, who was of course twenty-seven years of age when he died, did the theory begin to again build momentum and the 27 Club idea was catapulted into modern culture.

It had also been “noticed” that the 27 Club deaths had been going on long before the late 1960s, and continue to occur.

Way back in 1938 on 15th August, one of the earliest and most influential blues songwriters of his time, Robert Johnson, was poisoned to death. On 5th February 1960 R&B songwriter Jesse Belvin was killed in car crash, and on 20th May 1964, Rudy Lewis, vocalist with The Drifters died of a drugs overdose.

Following Cobain’s death – said to be suspicious by some – his friend and bass player in his wife’s band, Hole, Kristen Pfaff, was found dead of a supposed drug overdose on 20th June 1994. She had planned to “leave town” that day. The following year, on 1st February 1995, Manic Street Preachers main song-writer and guitarist, Richie James simply vanished off the face of the planet – he has not been seen or heard from since and is presumed dead. 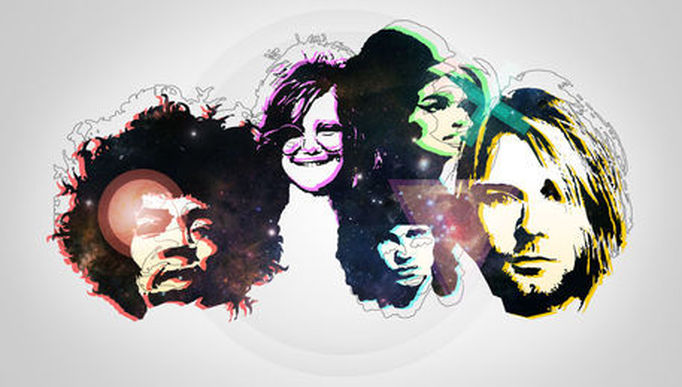 The 27-Club Curse Continues Into The Twenty-First Century

In 2011 on 23rd July, pop singer Amy Winehouse was found dead from what was eventually confirmed to be alcohol poisoning. What makes Winehouse’s death even more spooky was that she had expressed on several occasions that she particularly “feared” dying when she was twenty-seven.

Some claim that these deaths are part of the MK-ULTRA project which some say is essentially an intelligence agency mind-control operation, aimed at controlling individuals as well as the public masses. You can read more about that here, and will also find other links for further reading. Also check out the video on the alleged MK-ULTRA project at the bottom of that article.

Others though, claim the 27 Club has it’s roots in a more other-worldly realm. Some say that the members of the 27 Club had found fortune and fame as a result of making a “deal with the Devil.”

Just why The Prince Of Darkness would have an interest in the music industry is up for debate, but some say that members of the 27 Club all made a “deal with the Devil” in exchange for fortune, success and fame. The snag being that at twenty-seven years old you would have to give your soul in return, so live it up fast if you have signed that particular fiery contract.

So why 27? Why that particular age? Again this is up for debate as much as anything else surrounding this exclusive if grim club. 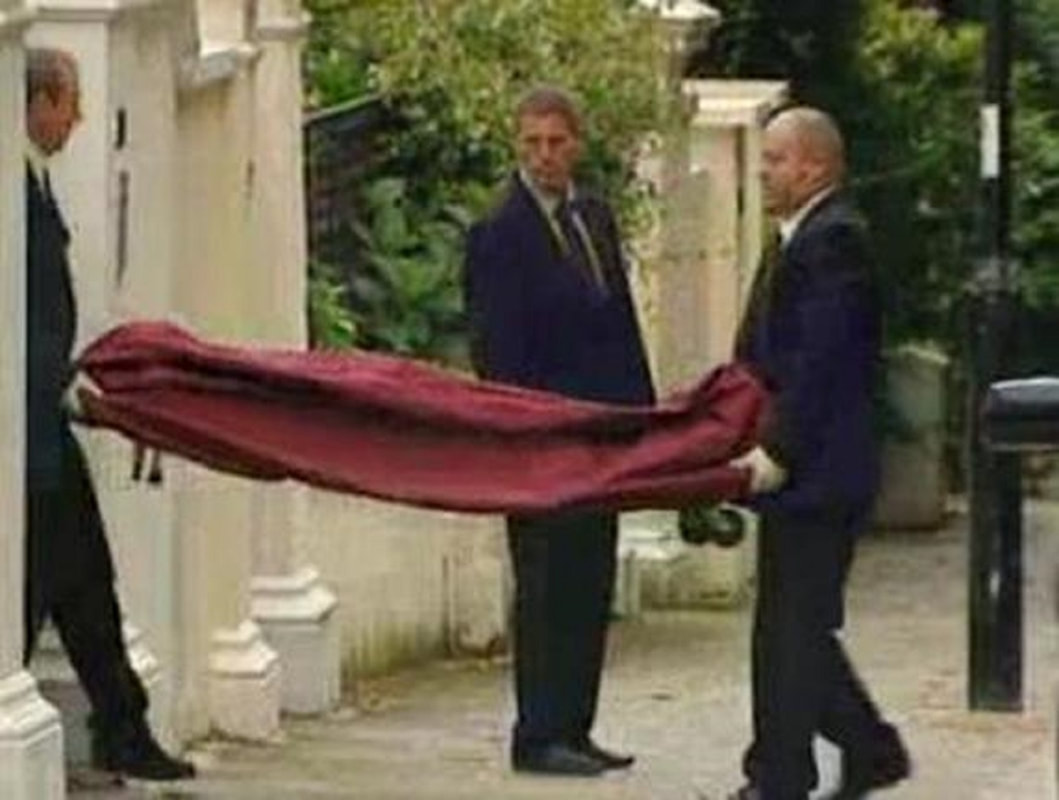 The body of Amy Winehouse is removed from her London home in 2011.

Jakob Bohme, the German mystic and theologian stated that twenty-seven was the number of death.

One particular “left of field” theory that I personally heard years ago during my own “pub-band” days still sticks in my mind - in a drunken conversation with a chap whose name I can’t remember, who used to “manage” bands in the area. As much as I DON’T subscribe to it, it is interesting, so here it is.

His theory to all that would listen this evening was that the number of the beast is 666 – but this would have to be turned upside down “as the cross is!” so making it 999 – and three lots of 9 was 27 – the age when the beast claimed the soul. Interesting thought and we will leave it at that.

We will leave with some words from music writer, Charles R. Cross, who has written in depth books about Kurt Cobain and Jimi Hendrix, who stated:

It most certainly is remarkable, if a little disturbing. 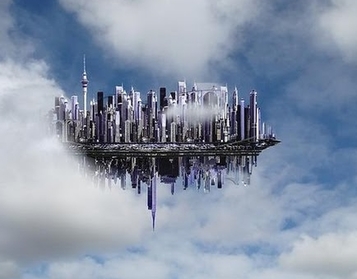 ​Al Bielek – The Montauk Project And “Memories” Of The Twenty-Eighth Century?
Just who was the controversial Al Bielek and had he really seen the future? And did he have involvement in the equally controversial Project Montauk?