The Rex Deus Conspiracy – The Kings Of God!

We have all heard the stories of the “Angel Gabriel” and the appearance before the “Virgin Mary”, informing her that she would become pregnant with a “son of God”, right? There have been many attempts to “make sense” of the apparent divine nature of the account. Ranging from some kind of hallucination that blocked out some very real event, to a visitation from an alien race who did, in fact, artificially inseminate “Mary”, who then give birth not to the son of God, but to an alien-hybrid. 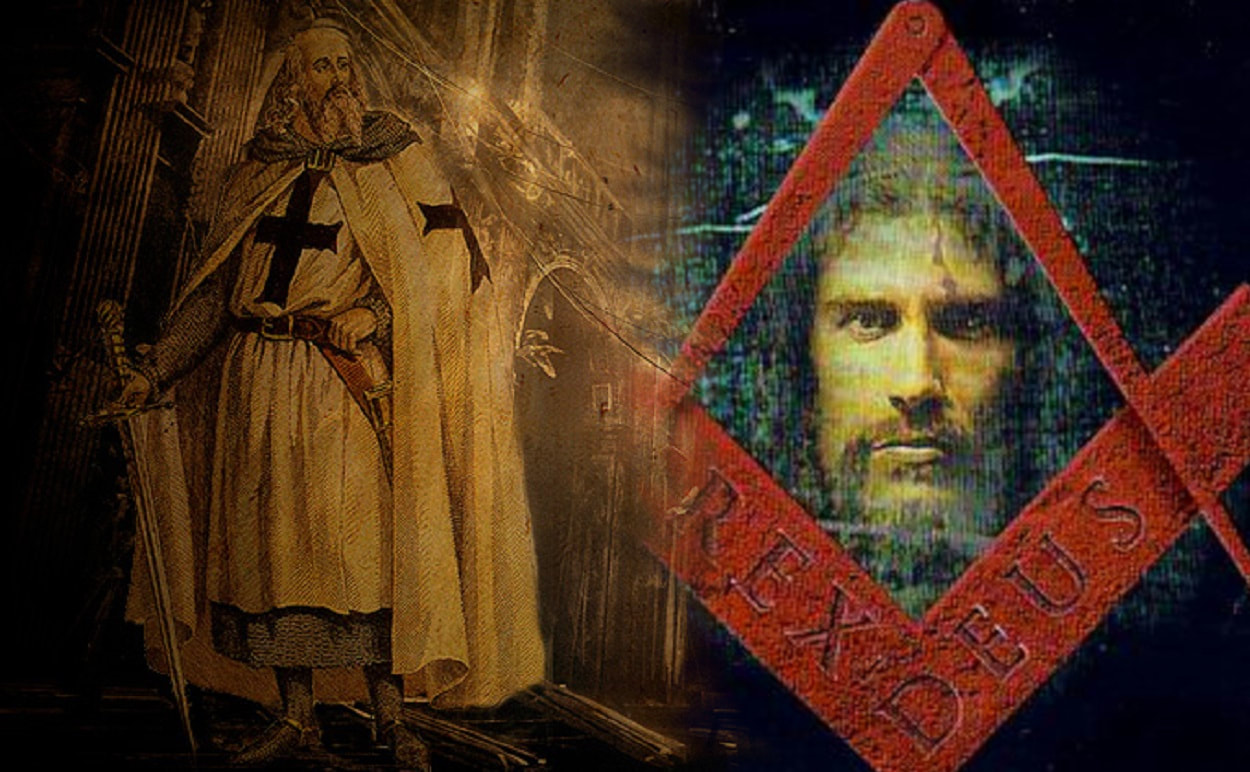 According to some researchers, though, and for the purposes of our article we will highlight Christopher Knight and Robert Lomas and their second book ‘The Second Messiah’, this story, known the world over and essentially the very basics of Christianity, is one that is all too real, but not one of divinity. Certainly not in the way that is taught in Sunday Schools and Christian churches around the world. Nor is it one of alien contact and an attempt to send a “special” being to help humanity.

​Before we look at this fascinating account, let’s first examine the work of Knight and Lomas so as to understand where their apparently explosive claims reside within the bigger and ever-expanding picture of history.

The Background of the Real Jesus?

According to researchers on a similar path to Knight and Lomas, Jesus was a part of the Essene tribes and a leader of the Qumran community. Furthermore, he was very likely to have been from a wealthy family, possibly one of royal blood – we will come back to this in a moment. What these organizations were practicing was essentially the very purest form of the Judaic religion – itself with its roots in the mystery schools of ancient Egypt.

​Essentially, Jesus was very likely of Egyptian royalty – literally a rightful Pharaoh with a legitimate claim to rule. However, the family (and the entire bloodline were in exile). It is an interesting claim, and one made by several researchers and authors. Perhaps one of the most detailed theories can be found in Ralph Ellis’ book ‘Jesus – The Last Pharaoh’. We will look at some of these claims and theories in more detail in a future article. For now, check out the video below. It features Ralph Ellis speaking about his theories a little further.
With all of this in mind, then, the authors couldn’t quite figure out how the “original” Knights Templar knew in the first place that there were such riches, never mind the apparent invaluable information they would apparently find. How did, albeit rich and influential families from Europe even know of such things buried under an alleged Temple of Solomon in Jerusalem – a land, at the time in the late-1090s and early-1100s, for all their riches and influence, was another world away.

​To quote the authors form their aforementioned book “Then we had a breakthrough!”

With the aforementioned background in mind, then, we move in to the alleged real truth behind the Immaculate Conception myth. While they were doing their research, a mystery French man would approach a mutual friend and seek an audience with the author. Incidentally, the contact would be given the name “Michael Monkton” by the authors in their 2001 book ‘Rex Deus: The True Mystery of Rennes-Le-Chateau and the Dynasty of Jesus’ through Wallace-Murphy. Indeed, it was Wallace-Murphy who introduced Lomas to the account in the late-1990s.

Wallace-Murphy explained how he had recently given a lecture in London when the mysterious gentleman approached and the two began to speak in French (which Wallace-Murphy is fluent in). According to this mystery gentleman, who claimed to be a descendent of Hughes de Payens – the first Grand Master of the Knights Templar - and, in turn, a descendent of the bloodline of Jesus and the first Judaic Church. This, and the story he was about to tell Wallace-Murphy was one told to him by his father when he was twenty-one years old, as was the ancient tradition, and as such families – known loosely as “Rex Deus” – had bided their time over centuries, fully aware of such details.

To quote from ‘The Second Messiah’:

“At the time even before Jesus was born, the priests of the Temple of Jerusalem ran two schools – one for boys and one for girls. The priests were known by titles that were the names of the angles, Michael, Mazaldek, and Gabriel. This was the way in which they preserved the true lines of Levi and David. When each of the girls had passed through puberty one of the priests would impregnate her with the seed of the holy bloodline and, once pregnant, she would be married to a respectable man to bring up the child. It was custom that when these children reached seven years old, they were handed back to the Temple schools to be educated by the priests."

Undoubtedly, this kind of account, if it was ever proven to be true and spread far and wide, would change everything about our past, present, and future. Perhaps read the account again and let the potential sink in. What it is saying, in the most brutal terms, “Mary”, a specially chosen girl from families of a certain bloodline, was “impregnated” while barely a teenager by an adult priest – also of such a bloodline. She was then “married off” to an older but respectable (and wealthy most likely) man, where the child would be raised until the age of seven when they would enter the mystery schools and be taught such ancient rites and rituals that stretched back, even then, thousands and thousands of years.

Interestingly, there are several researchers who have highlighted such anomalies in The Bible and other ancient writings of such age discrepancies between “Joseph and Mary”, with some even suggesting that one Joseph was a grandparent, or one Mary was a sibling of Jesus, and they had somehow been merged into one character over centuries. However, with the explanation of the mysterious French contact, this age discrepancy isn’t a discrepancy at all.

The Real “Angel Gabriel”, “Jesus”, and “James The Just"

For example, it would, when the account is read in full detail, explain why there was no public outcry among the Jewish community when he was crucified (and even if he survived the crucifixion, the general public believed he was dead). He simply wasn’t popular. According to many researchers and apparently backed up by the tale of this mysterious Frenchman, James, the brother of Jesus (and incidentally the child of Mary and Joseph), was considered the true savior of the Jewish community.

​It is important to make a distinction here. While the Essenes, and more specifically the Sicarii (or “dagger-men”, a bordering on military sect who carried out assassinations against those loyal to Roman rule) were not at all on terms with Jesus, James was. In short, James was of a “hardline” mindset. Jesus, on the other hand, fathered by a priest of an ancient and wise bloodline of the “Kings of God”, who had been brought up in the Temple (tales of Jesus teaching in the Temple at 12 come to mind), and who also disappeared for two years in his life – a time when he was in the mystery schools of Heliopolis in Egypt according to some – a place where he would learn the (even then) ancient rituals of the first time and the wise. 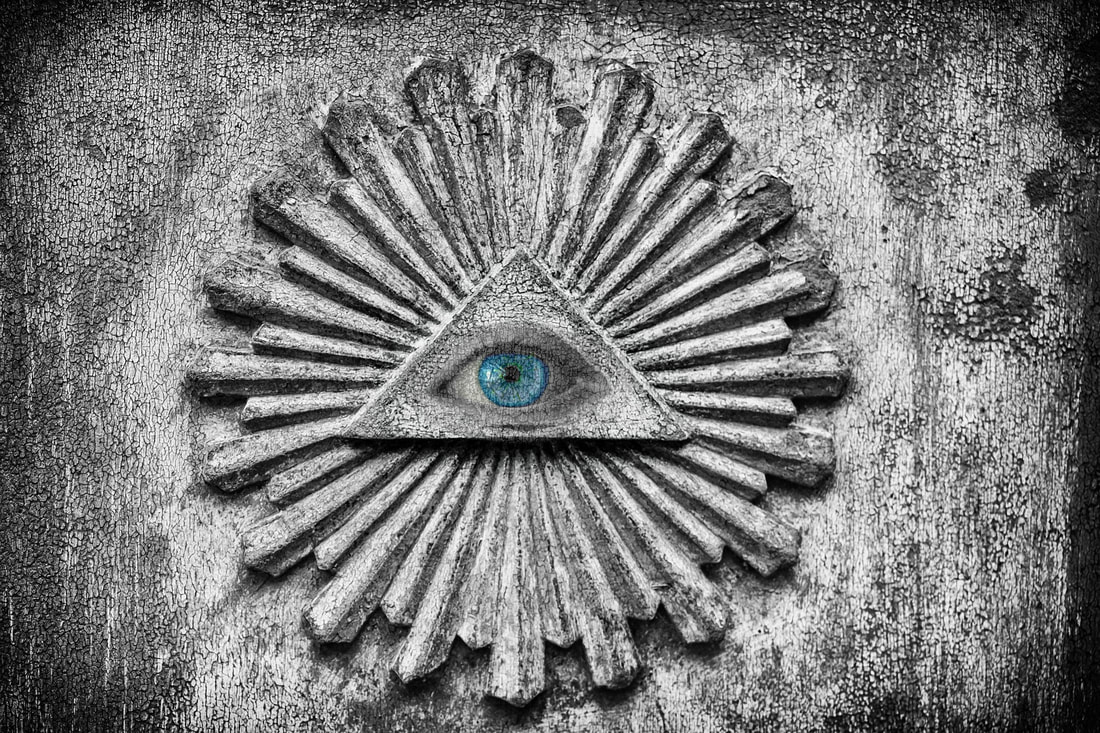 Was, then, Jesus more enlightened than James, even though this enlightened mindset didn’t at all sit well with the hardline attitude prevalent and boiling over in his own people? It is claimed by author Michael Baigent in his book ‘The Jesus Papers’ that the likely turning point, when the hardline Jewish leaders turned against him was when he was asked by both the Pharisees and the Herodians (Zealot, or hardline tribes) whether they should pay duty (tax) to Rome.

​As Baigent explains, this was a “loaded question”, perhaps purposely aimed at Jesus to test where his “true” loyalties were. The first rebellion, which cost many Jewish lives, was caused in 6 AD by the refusal to pay tax to Rome. As Baigent writes “to the Zealots, the tax was the symbol of all that was wrong with Rome”. So why was this a loaded question? We will quote Baigent and his aforementioned book for his response and possible consequences. Baigent writes:

So, what did Jesus do? We all know the answer. He asked for a coin. They gave him a Roman denarius. Jesus looked at the coin and asked, ‘Whose head is this? 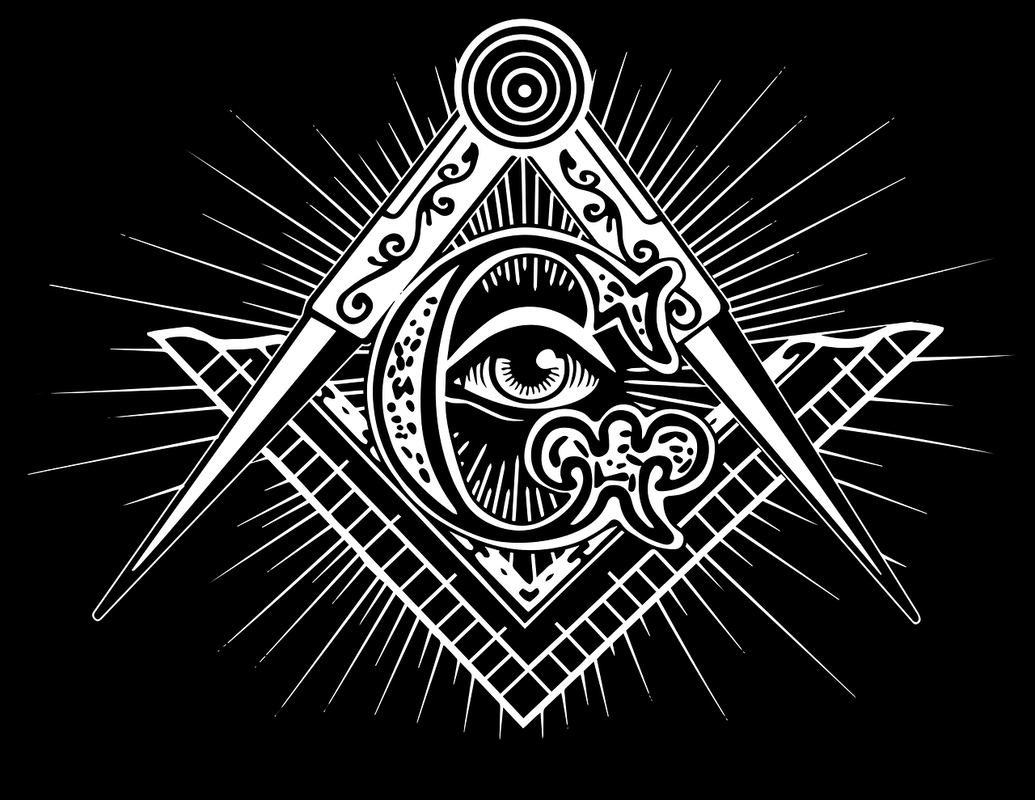 So, What Does It Mean?

This would seem to be very much the wise approach. However, to the ears of the hardliners of the Jewish community, they wanted no kind of compromise whatsoever – even if that compromise meant peace. It is perhaps important to consider these details and background as if they were modern developments within a modern state. How would we, the rest of the world, view such a mindset that wanted no compromise and only viewed things from their own mindset? And, what does that perhaps say of the “real” Jesus and what his wisdom really might have been – before it was twisted by those who eventually formed “The Church” which would go on to dominate events around the planet for thousands of years.

Incidentally, when James the Just was murdered in 65 AD, it is thought to have been the death that finally did lead to the riots and uprising of the Jewish people, which, in turn, would lead to the sacking of Jerusalem in 70 AD. It was also at this time, when several of the Nazarene Priests would discreetly leave Jerusalem and head to Europe, first to Greece, and then to areas such as Italy and France. There, they would “blend in” to their new environments, keeping their secret knowledge and rituals preserved and handed down.

​Interestingly, if we accept these Nazarene Priests and the families they spawned eventually became the Knights Templar, when the Order were in the process of being hunted down on the orders of King Philip IV in 1307, many of them would take this same approach of “shaving their beards and blending into society” until they could merge and meet once again. According to history, they would, in Scotland, and would eventually become the Freemasons.

​How much truth resides in these claims is of course open to debate. As is whether Jesus died on the cross or was in fact “smuggled” out to the south of France, or even to the far east. However, it would certainly go a little way to explaining just why the Knights Templar were formed in the first place. As well as how they knew there was something of real significance at Temple Mount. And even why such a secret was apparently protected, through the centuries, perhaps under Rosslyn Chapel, maybe on Oak Island, but according to many researchers, somewhere, out there. 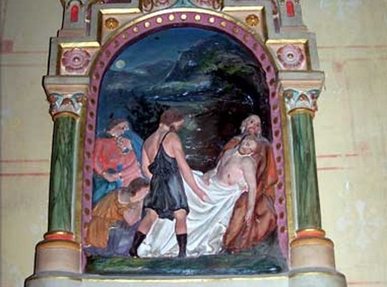 The Many Theories And Conspiracies Of Jesus Christ And Mary Magdalene
More and more claims, investigations and revelations appear to hit the public arena regarding systematic abuse of children. Some of the most recent investigations have been subject to claims from inside conspiracy circles for decades now. If they are proved to be right about those, might they be right about other claims....?