A Gift, A Curse, Or A Con? Do Psychics Really Solve Murders?

Although they are unlikely to admit it publicly, it has long been rumored that police forces around the world, when all else has failed in an investigation, will turn to alleged psychics in an effort to unearth just a small clue that might help them.

Whether this “assistance” is genuine or of any use is very much open to debate, and many people accuse such psychics of being opportunists preying on another person’s desperation. When all other avenues have led to dead ends, however, sometimes unconventional methods of investigations become a little more appealing.

​Such an incident occurred in Michigan in the United States in the summer of 1993, for example, when so-called “Super Seer” Elizabeth Mahan directed police to the body of the missing Tabatha Horn. And it is there we will start our examination of such matters. 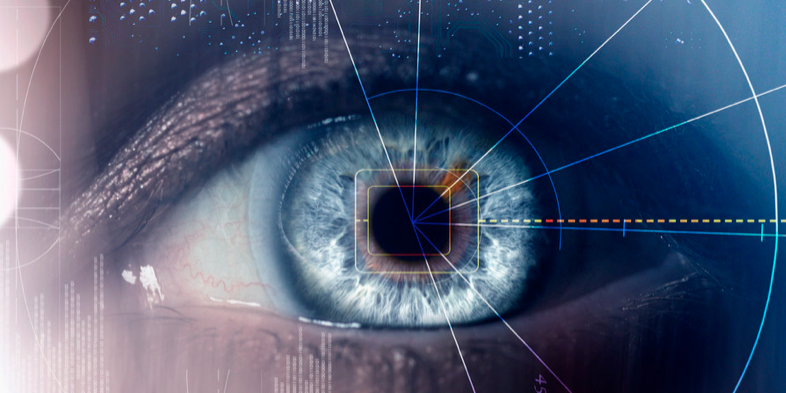 The Bizarre Discovery Of The Tragic Tabatha Horn Case

Tabatha Horn’s stepfather Kenneth Norton reported the three-year-old missing on July 5th, 1993. She had, he told police, vanished from his car during a trip to Ann Arbour while he had parked outside a convenience store, leaving her in the vehicle while he went inside. The police, although somewhat skeptical of Norton’s claims, had no evidence that he was guilty of any wrongdoings. They searched his car, as well as speaking to people who had been at the convenience store that day, but no clues or leads presented themselves.

Several days later, psychic, Elizabeth Mahan, volunteered information to the police. Mahan claimed she had meditated for two days and that “in her mind’s eye” she saw a bright green object, near a well in a clearing in the woods. With no other leads to go on, police tracked down what they thought to be the location of Mahan’s description.

Two miles from Tabatha’s home, in a clearing in woodland, police found an abandoned, bright green car seat. Once they moved this, they discovered a shallow grave underneath. Once they removed the earth, they found the naked body of Tabatha.

Norton was arrested later that day due to him being the last one to have seen the young girl alive, as well as the several inconsistencies in his version of events. He was soon charged with second-degree murder, found guilty, and was sentenced to 22 to 35 years in prison. It is believed he had smothered the young girl due to her “not behaving” and then buried her in the clearing where her body was found.

He was released from jail in 2013 after serving 19 years of his sentence. You can see how the World Weekly News covered the story at the time here. 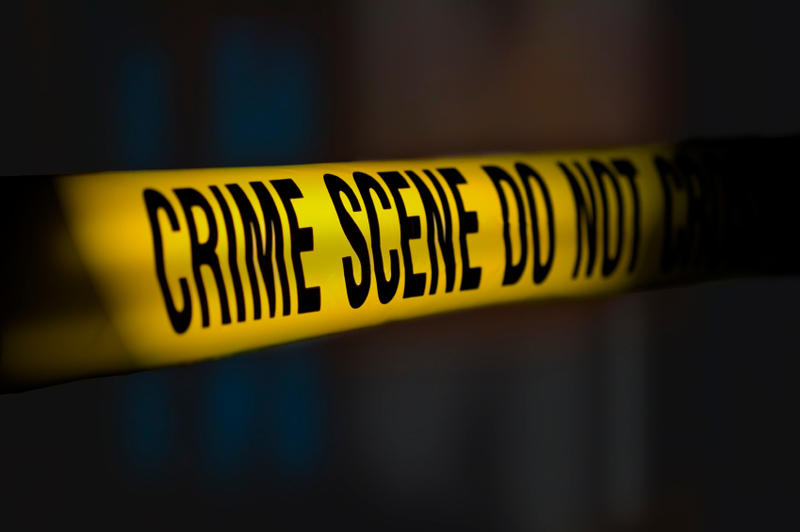 Claims Of "Help" From Afar

Around a decade and a half later in 2007, on the other side of the Atlantic in Preston, England, Tracy Higgs claims she led police to Bonnie Barratt’s killer. Although investigators will make no mention of it, alleged psychic, Tracy Higgs, firmly believes that it was her information that led to the arrest of Derek Brown for the murder of 24-year-old prostitute, Bonnie Barratt, who had been missing since September 2007. Brown was also found guilty of the murder of 29-year-old DVD seller, Xiao Mei Guo.

Higgs had claimed that during an unrelated psychic reading she was giving to a relative of Bonnie’s, the murdered prostitute’s spirit “came through immediately!” She claimed that Bonnie had told her that she was a prostitute and that she had been murdered by a client who had also killed another woman. Higgs claimed that she also sensed that the killer was originally from Preston in Lancashire.

Whether detectives acted on the information that Higgs claimed she passed on to them, the 47-year-old father of seven was arrested in 2007, and ultimately found guilty of both of the murders.

In reality, police were already on to Brown, who had a past history involving rape crimes. He was picked up on CCTV with Guo. They tracked him to Rotherhithe, and after questioning people in the area, they located and arrested him, and proceeded to search his flat. They found receipts for heavy-duty gloves, large sacks, a saw, and cleaning materials.

Although this was circumstantial, when they found tiny blood spots and smears that matched the DNA of the victims following a more thorough search of the property, they knew they had their man.

Incidentally, the bodies of the two women have yet to be found (which you can read about more here), and Brown did indeed originally come from Preston. As for Higgs, there are many that are more than skeptical of her claims and abilities. However, she is considered one of the leading psychics in Britain and has appeared on various reality-type television shows regarding the subject. You can read a tabloid piece about her here.

Over half a century earlier, Dutch psychic, Gerard Croiset was making a name for himself with several high profile cases where he provided assistance. In 1949, for example, after being handed a tobacco-box and a blanket, he matched the tobacco-box to its owner, and announced that the blanket had been used in the kidnapping of a young girl – it had. A young girl had been sexually assaulted by two brothers, one of whom was the owner of the tobacco-box that was found at the scene of the crime. Croiset’s revelations quickly led to the arrest of the two men responsible. In a further bizarre twist, Croiset also predicted that one of the brothers would take his own life following his eventual conviction – he did less than a week after being found guilty.

​Croiset’s most famous revelations are arguably those he made from his home in Holland regarding the Edith Kiecorius murder in New York. The four-year-old girl had gone missing in early 1961. Croiset was able to lead police to Edith’s body and his description of the killer eventually led police to an arrest which resulted in a conviction. Edith’s murder incensed New York residents at the time – you can read a little more about it here.

Dennis McKenzie And The Soham Murders

​Perhaps one of the more credible psychics is Dennis McKenzie, who claimed that he “saw” who was responsible for the killing of two 10-year-old girls, Holly Wells and Jessica Chapman, in the summer of 2002. Their murders left Britain in shock. They had disappeared on the afternoon of the August 4th. It would be another 13 days before their bodies were discovered in a ditch a short distance from the military base RAF Lakenheath.

Caretaker, Ian Huntley was ultimately charged and found guilty of their murder, while his on-off girlfriend Maxine Carr was found guilty of lying to the police during their investigation.

During the time of their disappearance and their bodies being discovered, the family of Holly Wells turned to psychic, Dennis McKenzie, in a desperate attempt to find out what had happened to their daughter. Right from the start, he knew he couldn’t offer them any hope other than to find their bodies.

“I am really sorry – but both girls are dead!” McKenzie recalled telling Holly’s father when first being asked to assist them. He went on to describe in great detail the faces of Huntley and Carr, as well as the view from the window of the house they shared. He matched up a red fiesta with the crime (Huntly drove a red fiesta), as well as the location where the bodies were eventually found, and the journey Huntley had taken to dump them there. 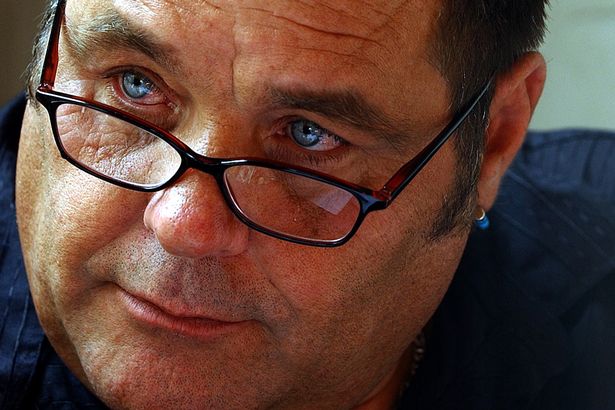 Dennis McKenzie claimed to have assisted in the Soham Murders
Whether the police acted on the information that Holly’s father subsequently passed to them is not known. Perhaps more to the point is whether they would publicly acknowledge having done so if they had. Holly’s father, however, has referred to McKenzie as “the genuine article!”

Also in McKenzie’s favor in terms of him being a genuine psychic or an opportunistic charlatan, it would have to be said he appears to be very much the former. While he does charge a mere £40 for a reading, any work he does in relation to a criminal case he does for free. He also states that he has been offered lots of money to do readings for people, which he has turned down stating that he only ever charges the same no matter who the person is and that, “I feel very strongly that if I did exploit this gift for profit, I would lose it!”

You can read a little more about Dennis McKenzie here, and check out the videos below. The first features experienced psychic, Tana Hoy who states he helped solve the double-murder of an elderly couple. The second is a short news clip featuring alleged psychic, Debra Martin and the assistance she provided in a 2007 murder investigation.